PLEX is rise again. How you exuses now, CCP?

As i remember, your goal was reduce PLEX isk price, no?
And what now… It’s rised almost 20% in 2 days.

How you suppouse i must pay OMEGA when plex is such volatile??? 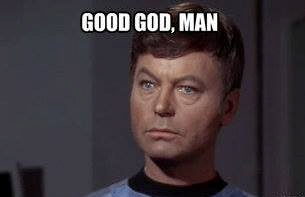 Ccp has no control over a player driven market

I don’t even know what logic OP is using (or not using).

Some real targeted price sampling there.

Look at some actual time progression, dude. A sample that small is meaningless with regards to actual trends. Better to compare to the 30 day average from 6-12 months ago - which was between 2.50 and 2.60 - and you’ll see we just had a brief price drop in PLEX earlier this month that, shocker, coincided with PLEX sales.

Edit: PLEX prices are literally just upticking from a three-month-long decline, and are still at a year-over-year low.

I don’t even know what logic OP is using (or not using).

His Omega ran out two days ago and he didn’t have the ISK then. Now that he has the ISK for another month of Omega he notices it is more expensive and that must clearly be CCPs fault.

Good idea. I’ll buy any amount of PLEX from you at that price

Only thing CCP wants from us all!!!

What if the price would be fixed? But I suppose the bad people with RMT accounts or bots are the reason why we cant have nice things.

Is there anything the OP won’t complain about?

Sounds like my ex, she too complained about everything, and nothing.

As i remember, your goal was reduce PLEX isk price, no?

How you suppouse i must pay OMEGA when plex is such volatile?

Have you tried paying $15/month like a normal person?

OP…todays words of the day are market speculation.

It happens. People think some changes will be worth this…lets make thisprice happen.

SSDD in eve over the years. Gets in old man mode (not hard to do as the years pile up…sigh).

I remember when plex was 500 mil (when I started I recall even 350 to 400 mil plex). Mmm hmm. Walking up hill, in the snow with no shoes optional. I had shoes to do the uphill in the snow…I did walk a fair bit to school in snowy winters though.

When CQ, full body model and clothes and aurum changes came…thus died the cheap plex. (Over) Speculation over the impact of aurum and such.

I miss the cheap plex days. I bagged me an officer spawn with some nice drops back in the day when not even a rough time solo. It hooked me up under those old rates.

Although missed…I accept they are gone.

How you suppouse i must pay OMEGA when plex is such volatile???

buy some land with a large valley…
buy the following

then build a bridge and get over it…

I remember when plex was 500 mil

i remember when 30 days game time was 30m isk

This hike happens because of speculation, not demand for sub or skins. Because PLEX had a 5-month drop, now people are “buying the dip” to try to make a quick buck.

Maybe it will work for them maybe it will not. What really suck is normal players like OP who have to grind 1.2B for a month of omega