Poll: Where would YOU choose to PvP?

Well yeah. They are right. Arguing that is pointless.

Wait, is he promoting out of game drug abuse? He should have worded that better… He still represents an organisation (CCP).

No, hes talking about his heart pills because hes so fat and old that mining makes his chest tight.

Unexpected pvp does give me a bit of an adrenaline kick, so I can kind of get what he’s alluding to.

Beside people who do not care or have preferences, 22% are not interested in PvP anyhow.

I am not interested in PvP or ganking, so I am curious CCP will hear the voice of the poll. I would even consider to start a new subscription again.

However, I think there are PvP players and they should have their space such as specific regions to play their pvp style. Other than that it should not be possible to attack others except there is an accepted invite via “duell” or somthing like that both parties have to agree on. Get rid of wardecs also.

Until then: A non paying member, Kayla

However, I think there are PvP players and they should have their space such as specific regions to play their pvp style.

They have FW for that. But since CCP didn’t touched it for years, current state of FW is way below terrible.

Sadly I thing CCP now will listen only trolls that claims there is only one proper way to play EVE and everything else is just to fund proper gameplay.

Pretty sure making cordoned off resource collection areas WASNT something talked about in the recent podcast.

Quite the opposite in fact.

The area in which you want to PvP will be based off the tactics you want to use and your normal day to day operations. Players currently stay in high sec for several reasons, concord, easy access to dockable stations, trade hubs, local, no capitals… So the question shouldnt be where do you want PvP it should ask what would you change in the area you mainly PvP in. As for carebears just learn PvP or dont cry when you die.

“like the blanket is being pulled from under you every week” is most certainly not an incentive to play. i play games to chill after work, not to stress over things, because CCP suddenly forgot what EVE used to be all about: player agency. now CCP makes the music and expects you to dance.

not me, i’m gone. unsubbed all accounts finally, after listening to the podcast. i’m done with EVE.

Some people chill out by playing poker, or competing in a sport. Eve is just a game.

So the question shouldnt be where do you want PvP it should ask what would you change in the area you mainly PvP in.

That is precisely the next question I was going to ask. First however I did want to identify which regions the people who are interested in PvP prefer to be active in.

Someone said “not sure of the purpose of the poll”. My own opinion is that CCP is pretty clueless about the reasons people play EVE, what people prefer to do (and are willing to pay for) in EVE, and how to structure the game around actual players, rather than fantasy ivory-tower no-clue concepts that CCP has been tossing out for about 6 years now.

PVP is a core concept and primary driver for the action and interest in EVE. I would like to see some ideas generated on how to improve the PvP participation rate of the average EVE player, and how to attract more players interested in it (and keep them).

I prefer working with some semblance of real data (even limited data like forum polls) than to simply pull opinions out of the blue and say “Most PvPers hang out in WH space, because the 2 guys I talked to in WH’s said so”.

My own opinion is that CCP is pretty clueless about the reasons people play EVE, what people prefer to do (and are willing to pay for) in EVE, and how to structure the game around actual players,

I prefer working with some semblance or real data (even limited data like forum polls) than to simply pull opinions out of the blue and say “Most PvPers hang out in WH space, because the 2 guys I talked to in WH’s said so”.

Admirable, but CCP do have access to those figures, and we dont.

Asking GD’s opinion tbh isnt an accurate gauge as the reactions expressed here in either direction are by and large hyperbolic.

In fact quite the opposite indeed.

Admirable, but CCP do have access to those figures, and we dont.

Not even sure. When you want to see something you can force the data into that thing. But being sure this thing exists in the first place is much more work than just trying to see it.

If you look at the clouds and see the visage of god. You know your brain contains integrated chipset to find figures. Yet you can’t unsee god’s angered face, staring at you mere culprit of living !
It’s then easy to prove the existence of god by just looking at the clouds. And you know god exists. Because you can’t unsee him.
Later one you want to see the visage of God in the clouds. You will very likely find it, unless there is no cloud (God is resting), and this will be another proof of god’s existence.

And whenever you look at the data, you have an invalid assumption you are not even aware of, that this data exists (that’s called a bias), and which make your fantasm appear clearer (confirmation bias).

So the question is : which data are we talking about exactly ? Being rigorous and discussing with people who do not share our opinion is the only way to avoid biases. Otherwise you agree to live in your own personal lie.
Remember that a data that was not specifically searched for can not appear in other data.

Sorry I have no idea what you are saying.

Are you saying its impossible to extrapolate meaning from statistical data withput bias?

That’s the reason why science progresses so slowly.

Peer review is the evaluation of work by one or more people with similar competences as the producers of the work (peers). It functions as a form of self-regulation by qualified members of a profession within the relevant field. Peer review methods are used to maintain quality standards, improve performance, and provide credibility. In academia, scholarly peer review is often used to determine an academic paper's suitability for publication. Peer review can be categorized by the type of activit...

In a blind or blinded experiment, information which may influence the participants of the experiment is withheld (masked or blinded) until after the experiment is complete. Good blinding can reduce or eliminate experimental biases that arise from the placebo effect, the observer effect, confirmation bias, and other sources. A blind can be imposed on any participant of an experiment, including subjects, researchers, technicians, data analysts, and evaluators. In some cases, while blinding would be...

EVERY person has biases. That’s the first postulate of science.
Your beliefs/biases are rational but they still are inducing misjudgement.
The nature of human is to be wrong - as individuals or as a species. Our inference mechanisms have been mandatory to allow the species to survive, but inference is not science. Now we want to know a thing, even if that thing does not exist in the first place.

Statistical analysis is just inference construction with a bit more rigor. does not avoid the issues of biases.

Maybe a good starting point if you are interested in the matter. 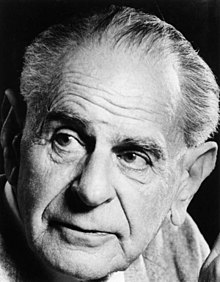 Philosophy of science is a sub-field of philosophy concerned with the foundations, methods, and implications of science. The central questions of this study concern what qualifies as science, the reliability of scientific theories, and the ultimate purpose of science. This discipline overlaps with metaphysics, ontology, and epistemology, for example, when it explores the relationship between science and truth. There is no consensus among philosophers about many of the central problems concerne...

Ok, well then its good to know that its not 99% of statistics that are bollocks, its 100%

Remember that the statistics may not be wrong. The inference associated with them (that they represent something else) is always, though. The trick is to let people make a semantic sliding from the factual statistical analysis to the general case.
Remember that when people eat more ices, there are more cases of dehydratation !!

If I take 10 friends and ask them what they think of me, I’ll have proved that every body know I am a genius

If I ask 10000 persons why they quit Eve, and there are two answers “because anderson Geten is a genius” and “because plex is too expensive”, and only 100 person answers, because they know I am a genius, I have proven that the price of plex is too low

Those examples are stupid by design. Yet you see them often in real life.

Remember that the statistics may not be wrong.

But that doesnt matter. As long as people are involved, they will be wrong.