I have stepped up recently, going for T4 Electrical.
I got the filaments in Jita at 8mil per filament market price.

I have run three consecutive Abyssal sites and only got an average 8mil loot per site in return.
50mil total - 24mil T4 Electrical filament price = 26mil / 3 = 8mil per run…

I also invested in a couple of Bosters before entering, and I have not
calculated the Ammo price, that for Republic Fleet Emp is not really cheap…

So, I don’t know if others are having similar loots’/ drops in T4’s, but to me,
it’s not worth the danger and effort, where the minimum error can cost you your ship and pod…

I mean, even Burner sites pays more dividend… a single Burner site pays 8-24 mil plus standings…
If you don’t believe me, look at my video, where I documented everything…

How is it possible that an Abyssal T4 pays less than a Burner Lv4 site???
The Loot drop is almost the same as T3’s, but filaments costs 800% more…
Am I missing something?? How can people pay 8mil for these kinda drops???

Wow. I did hear T4s got worse, but I didn’t know it had gotten this bad.

It should’ve been more like 100 million per hour net profit at a 15 minute completion time. It was never great, but a viable option on an alpha account.

The logical step would be to switch the abyssal type to a cheaper version like firestorms or darks?

Even if the price for the T4 electrical was 200k isk, still we are talking about an average 60/65 mil/hour
that is basically the same net/hour doing T3’s except T4’s are insanely more hard to crack…

Each filament type needs a very accurately thought ship, and at T4 level, any error will cost you billions…
I already lost a billion isk Cerberus once in a Dark T4… it took me years to get some confidence to get back to a T4 and the Broadsword is the only ship I feel safe for doing Electrical, and only Electrical!!

The loot should be at least 100m/h net in T4, average. Not almost half. There’s no getting around this.

I have just been sticking to t3 electricals in my gila for this reason. My gila fit can do t4’s but it’s so much harder. I would need to bling it up a lot more to be optimal with them.

Sounds like a cheap excuse lol that’s all I gotta say. T3’s “nice” isk. (For me personally) some good drops. Never die in a t3

I had two lucky runs, for 84mil loot gain, I was quite happy.
For a moment I thought. CCP must have listened me!!

But one moment later, I had three more runs, and that feeling disappeared altogether…
The last run was so hard I almost died. Not just in the Abyss. I almost had a stroke
while I was fighting for my (clone) life and ship…
First room there were six or eight Leshaks… three starving Leshaks had me
keeping long range, I sacrificed vitally important time, but I could have been sucked dry
If I did fly closer and could have died in the first room!
Second room five or six more Leshaks!!! FLying on the edge of the Arena opposite to me
and 50km from the gate… I OH like crazy everything I could to get in range…

This is not right… wonder how the loot was??? Take a look…

After losing a 700mil Vedmak and 2bil clone, in a T3 Firestorm yesterday, I really wish this post would receive some love… How can it be that we are risking billions for 8-10 mil average loot except some rare RNG drops… today I bissed in a Nergal in a T2 Firestorm, and Ikitursa as well… I don’t want to fly without my Implants… maybe it’s only mine the problem…

Also the T3 Firestorm seems to have ramped up its difficulty lately…
I just made another T3 Fire run in my Supertanky Ishtar and almost
died in the first room to a massive Triglavian wave: ! Dramavik, two Draugur, and 7 -8 Nergals…
Absolutely insane damage tanked, consumed all possible boosters available…
I think I’m done for today doing Abyss… at least I got a Triglavian skill to sell, about 30mil…

Many players would say this is a GOOD thing, because it would get more players out of the Abyss and into real space among the players. Unless a player is already rich and also skilled enough to multibox T5 or T6, there’s more ISK elsewhere.

T1 to T4 then become only a small, temporary diversion from the rest of the game.

You may actually want to re-evaluate those burners, if you planned on staying Omega.
Compare your T4 to a Team burner in Low sec:

I’d say it’s time to meet the locals. You’re only risking a frigate on a rare gate camp.

I may get to that system one of these days, tnx for reminding me.
I Love my locals community anyway, and Once you travel a Bit between Amarr and Hek, Jita, Osmon, you can find nice ppl here in Hs too…
Eve space is definitely small without null sec.

I should be doing T4 in a Kestrel? I will die but looks fun!
It’s not just isk, it’s the Abyss content which is better.
I like the randomness of the Abyss…

I should be doing T4 in a Kestrel? I will die but looks fun!

Hey, it may be a better business plan, even though it’s still a negative one!

I mean, this thread has only gone on for just 5 days and already you report 2.7 Billion in losses. At this rate you’ll never make that ISK back.

If it’s purely for fun, you might as well do T1 filaments in T1 frigates. Make that cheap filament as challenging as possible, at the lowest possible price point.

Then for ISK, just do something other than Abyss, such as explo or burners.

With that much of ISK and SP. Just go and krab lvl4 missions. Less repetitive than abyss and even with semi blitzing in cheap gila you gonna get similar isk/h and literally zero risk.

Or look up running burners in null if you want that extra adrenaline and challenge.

It’s getting bad I have 1400 T4 clears and pretty close to 1500 t5 clears, mostly in hawks but a bit in a gila before the frig sites launched. Not only do I make less running t5’s then I used to make running t4’s but with the new spawns I loose my ships way more often. Feels bad to have invested all the time effort and money training up 3 accounts to run this content only to have to spend more and more time grinding for ships and plex (3.8mil per plex when I last subbed my alt). The whole “get out of the abyss and interact with the community thing” is a load of BS. Not only do I play an active roll in my community, I used to have ISK to invest back into it. This is spouse to be an end game activity and the reason I invested in it is because I wanted something that would pay extremely well, even if it was hard. Now it’s just hard and pays shitty. What happened to risk v gain? They made it way harder and the loot and mat prices have been in free fall. I might have to start trashing BPC that drop cause they fill up cans and no longer make sense to produce. All the levers of the games economy are out of wack and it blows. Sure I can spend more of my time farming blue loot in wormhole space, but that’s no where near as fun or challenging as the abyss content. This is a serous issue that CCP should address. With the price of plex and the significant cut in pay I’ll have no choice soon but to stop plexing so many accounts, and switch completely to wormhole ratting. It’s basically the equivalent of your boss giving you a 50% pay cut and all your expenses skyrocketing, most of us already have that IRL and it’s not fun to also have it in our space game.

O yea I have kept a spread sheet and I was making a loss in most Abyss sites and that is dying only one in maybe 10-15 runs.

Man I have enough of Adrenaline and Challenge…
Krab in Kestrel?? Yayyy!! 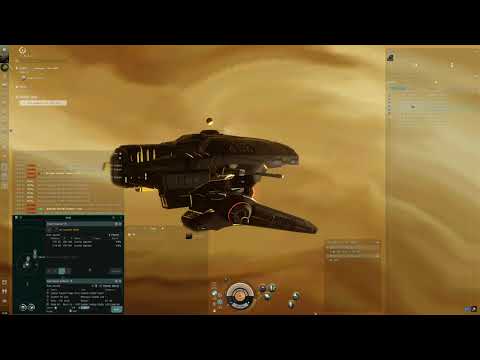 I died twice in 6 months… I haven’t kept track of how many Abyss runs in the period… might be in the hundred, not thousand tho… the Vedmak loss in the T3 was the first time I died in a T3… Before the six months (Cerberus - T4 loss) I pretty much never died, but also never went farther than T3.

I have never once seen a Nergal in the abyss in many runs. Are you sure they were not just Damaviks ?

O I was doing t1 then t2 then t3 in a solo frigate. Tried a few solo destroyers too but their sig is so big that if you get webbed 30kms from a bs its gg, I tried t4 frig solo aswell but lol no where near enough dps ran out of time by a lot. But that’s fine t3 is enough for a solo frig.

Although it seems CCP changed the frig ones a lil so you dont run out of time as much since the bs’s start with less health which was a really nice change recently, secret change I think I didnt see it in a patch note but felt it for sure.

Yes Dramavik, I didn’t remember the T1 name for the frig so I wrote Nergal.

It’s the Leshaks Bs that Neuts from 50km what seems to be new to me. Maybe its just a rnd behaviour,
idk, but 50 km Neut range from Leshak is insane… those are captured in my vid of the T3 Abyss, Live or Die… it was a first, for sure… never seen those Bs so angry before…
I had no time to check the Loot unfortunately… was too worried to save the ship…

And Draugur are also fast, I made sure to fit at least a 1000m/s AB as them and Dramavik tend to kite at a top speed of 960m/s somthing…