Price change on subscriptions in GBP 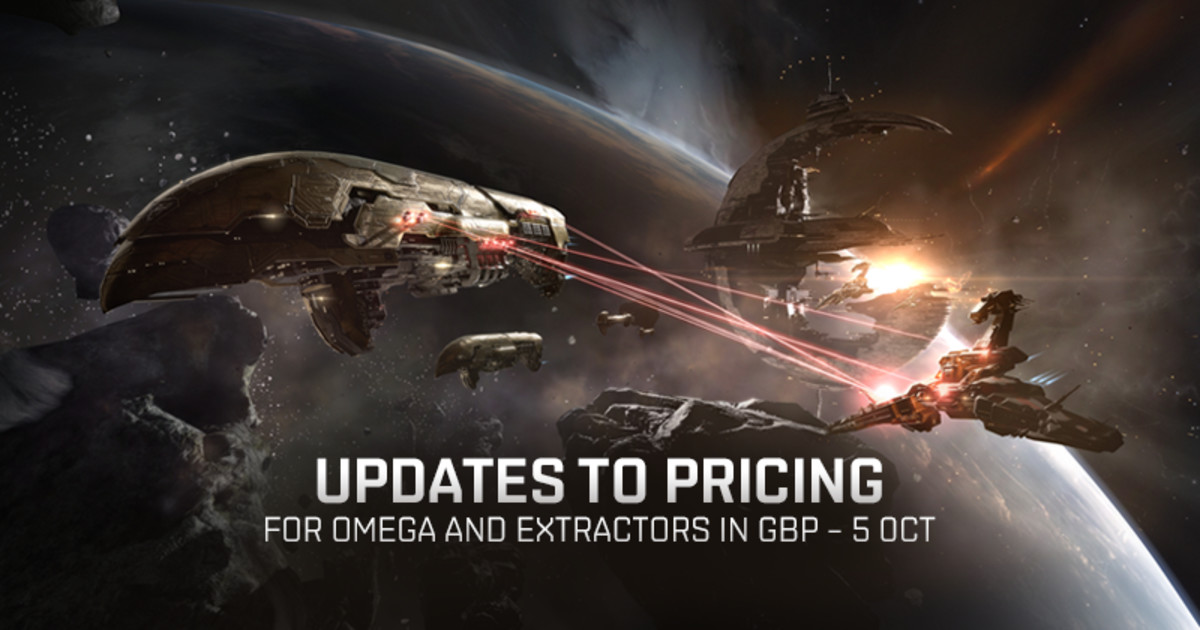 For Omega and Skill Extractors

So prices are changing. Ok. whatever.

Active Omega subscriptions will also be affected, and will update automatically after 5 October.

What does this mean though ? I have a currently active subscription that iirc runs past 5 October. Am I going to be charged the difference between what I paid then, and what the new price will be ? I.e. will I be charged an extra £10 on 5 October ?
Or will it be just the next time I renew my subscription, whenever the hell that is these days ?

Great. So, any ideas why when this change was apparently announced on the 3rd, it was only today that the regular EVE emails that I get bothered to inform me of this ?

Not to put to fine a point on it but your currency lost a lot of value, go Brexit right.

Get what you vote for!

Ofc, that is largely

Ofc, that is largely

Only on a superficial level. Population:

US and EU are major markets and CCP has to keep them happy. The UK voted to brexit itself into economic suicide and separate itself from the other ~450 million people in the EU, now it no longer has the market size to dictate prices. CCP is now free to hit them with the exchange rate consequences of their decision, make a little extra money, and not worry too much about losing their customer base if they’re wrong about their predictions.

Whilst I may agree on the retardedness of the British people… (I’d just like to point out — Trump, so we have a little balance

I don’t really give a ■■■■ about Brexit, I was more interested in what the hell the article was trying to tell me.

“After 5 October, active Omega subscriptions will use the new pricing for the next payment” would have been a clearer sentence.

Though… given the server is in London, how would the cost of running it be affected by the Brexit shenanigans ?

So an extra 2 gbp per account for what? where’s the NEW Content?? Plenty of Tidi fights and frequent disconnects. This is just a cheap way of grabbing a few extra bucks and CCP knows it. EVE has until we flush the turd this november 3rd, if i’m not impressed ill find something else to spend my money on.

Ask the pro-brexit people. Your country voted to devalue its currency, you don’t have a lot of room to complain when companies raise their prices to make up for the loss of revenue.

Your country voted to devalue its currency

Nah we voted for something else entirely, the devaluation of the GBP is a side effect. There were many reasons for that vote, not just the ones that the press present.

An extra £2 is a joke , and anyone who fetches up Brexit can go fkin do one . Covid hits so the economy is fckd people are losing jobs and you CCP in your wisdom increase price to balance things out , lmfao . Why not lower the prices on other countries to match the gbp ? Nah you wont do that because this is just another money making scheme and let’s face it the game just isn’t what it used to be and that’s coming from someone who has played since 2003

Why not lower the prices on other countries to match the gbp ?

Yes, because CCP is a charity.

An extra £2 is a joke , and anyone who fetches up Brexit can go fkin do one . Covid hits so the economy is fckd people are losing jobs and you CCP in your wisdom increase price to balance things out , lmfao .

Covid is hitting all economies. Brexit is mostly hitting one. Guess which one of the two is devaluing the GBP relatively to other currencies?

You’re still paying less in GBP than you would if you were to pay in EURO price by the way.

the price hike is 20%, the currency hasn’t been devaluaed by anywhere near that amount. not even a single percentage point, so your argument is moot! Yes i was happy to pay the £10 a month but i’m not prepared to pay the £12. That is on me, not CCP, not currency “devaluation” and certainly NOT Brexit! To me, the game simply is not worth £12 a month. Nothing will change that for me so no point in bleating at me about it or trying to put me down like every other donkey does on here.

You know, if you pay yearly, it is only £7.50/ month if you do it before the new prices go into effect.

Your choice though. Prices change as do how you value things so maybe your time in Eve is coming to an end for now.

The other 4% is probably speculation because lets face it…

And the price in GBP hasn’t changed in six years - 10% for inflation feels on the low side. Also, if, as I do, you pay annually it’s an additional 80p per month.

Given the amount of time you can spend playing Eve, to me it’s still good value.

if i could afford to pay yearly don’t you think i would have duh! it’s kind of difficult trying to do things like that when i am on long-term sick benefits due to an industrial accident that nearly ripped my spine in half…