Try Abyssal filaments, I’ve heard those can be more challenging at higher tiers.

That will change, then become true again.

Yes. EVE is centered around PVP, the PVE activities are there mostly to provide something to compete for. You may try something other than mission but it is pretty much a matter of figuring out some method that works and applying it over and over and over.

You can try some abyssal sites too . Any frigate can do tier 0 abyssal sites and the payment is decent .
There is an in game channel named: Abyssal Lurkers . You can ask there for details and a fit.
In this game anything PvE is trash , it’s repetitive and completely boring till it drives you crazy .

You’ve been playing EVE for what? 5 minutes? Warp to a Pirate NPC FOB or pull a DED 10/10 escalation and then come back here and tell me that PVE is “too easy”. Here’s a hint: You won’t last 2 seconds in either one…

Tristan will probably work for all missions except for the last, as the final boss can repair more damage than a tristan can dish out. Thus, you’ll probably need a destroyer with short range weapons fit to beat him (or ask around for some help). For more info, check out the link that Astelon provided.

PvE isn’t exactly Eve’s strong suit. Don’t get me wrong, many players like it well enough, and some will even do PvE exclusively, but it’s Eve’s PvP that makes it special. That being said, I kind of like Eve’s PvE in spite of it kind of sucking. I know that’s weird, but hear me out.

My engagement with PvE is divided into to two parts -solving and grinding. Now, the solving phase is straight up fun for me. It’s like a puzzle to figure out the optimal ways to run content. And I can lose hours and hours to theory crafting and testing. I love this part.

However, PvE becomes rather boring to me once I’ve “solved” the content, all the challenge is gone, and execution becomes a matter of muscle memory. At that point the only fun and excitement I can get out of the content comes from emergent game play opportunities provided by other players. However, this is not to say that i get nothing out of it. You see, I’m the type of person that has to be playing something when watching Youtube or whatnot. I’m not exactly sure when this happened, or why I feel compelled to do something else while watching TV, but I do. And it appears that I’m not alone. Regardless, I like pairing video content with games that I can play on “autopilot.” I’m talking about things like looter shooters, Dr. Mario 64, ARPG’s that aren’t very dialogue heavy (i.e. FONV), and solved PvE content from Eve.

So yeah, Eve’s PvE content does become quite repetitive and brainless once you’ve solved it and it becomes an automatic task. However, this quality also makes it pair really well with podcasts, youtube, or whatnot, because that means that it won’t require too much attention to be able to follow the video/audio content.

Meh. I could probably do a better job of explaining this, but I’m not sure anyone would care.

Automatic and controlled processes (ACP) are the two categories of cognitive processing. All cognitive processes fall into one or both of those two categories. The amounts of "processing power", attention, and effort a process requires is the primary factor used to determine whether it's a controlled or an automatic process. An automatic process is capable of occurring without the need for attention, and the awareness of the initiation or operation of the process, and without drawing upon genera...

Well, it’s up to you, but you can definitely Eve’s PvE into an automatic task. It’s kind of like driving. Once you do it long enough, autopilot can take care of things without any conscious effort on your part (unless something draws your attention, like getting cut off, unfamiliarity with the route, or a gang of catalysts getting shotgunned on your honda civic). 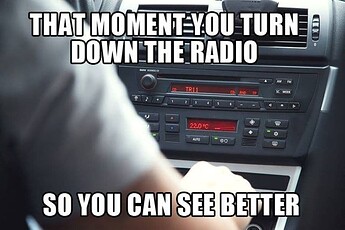 Anyway, there are several things you can do in order to reduce your chances of losing drones.

everytime they think of doing it, they see how hard its going to be, since none of the original programmers are with CCP to walk through the ■■■■ that is the spaghetti code ™

There’s some cool missions where you are not supposed to just kill rats but do recon or barely survive. But I’m perfectly understanding that can be dull, too. Losing my first Myrmidons (they were my most expensive ships at that time to Level2-3 missions was not dull at all, but kind of a shock. Or learning that repairing battlecruisers in NPC stations can be quite expensive. Get better standing, social skills like Connections and Social help a lot, so you can level up missions.
But as always in EVE: If you are a group player in a corp, PVE can be more fun just because of interaction and much higher rewards.