It’d be nice to have a isolated sections in eve cargo for each type of searchable object, grouped like they are in the market

so all types of ammo’s separated from shielding for example

here is a concept of the idea 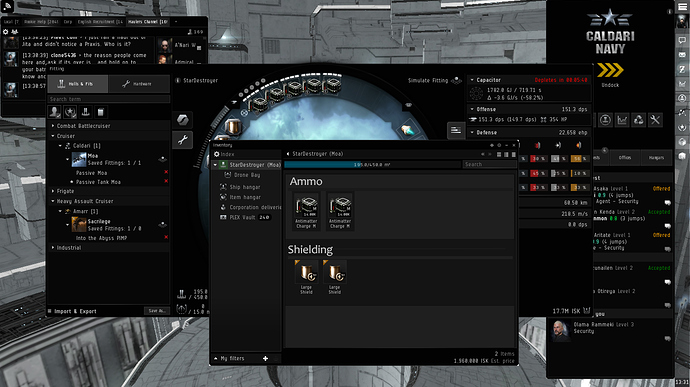 Now imagine how large and messed up your cargo window would become when hauling a kitchen sink mix of stuff.

QoL would be having 2 sections, 1 for the stuff that is part of your ship fit like spare modules & ammo, the 2nd section for cargo you want to offload at the other end.

this could just be set up a another type of sorting, the small icon buttons in the top right side of the ui so people can swap between it

But at that point it’s not a QoL because I now have to do additional clicks.
Keep it simple, you are asking for something that is very niche. I can’t even think why it would ever be needed given you don’t have to drag individual modules when refitting, you can just apply a new fit which uses them.

Items are sorted by type by default. Ammo tends to be at the top, then drones, and mods at the bottom.