the even in HS (did not check out) consisted in a site (edencom production facility) that is shown as a combat anomly in the probe window.

The site warpin room (DR0) contains one stargate that limits the access to the next room to “combat and attack battlecruisers”. Once warped to, a beacon appears in space and is visible system wide, telling people which site are already started. This beacon remains for… dunno. I guess 5 minute after site despawns ?

The room 1 (DR1) contains several structures (worthless), a beacon. After the time for a MTU to be deployed, first wave lands.
Each wave consists in 0-2 cruisers, 1-4 destroyers, and 1-5 frigates (not sure of exact numbers), and “latecomers” 1-2 frigates/destroyers. I think I reached up to 8 rats at the same time.
latecomers spawns after a small delay ? and/or when initial wave is reduced to 2 ships ? dunno. When it’s triggered+ a small delay, the next wave spawns. I think it’s total 4 waves + vovoid wave, which contains 1 vovoid damavik, one vovoid radima, and one vovoid vedmak. The radima warps off when the vedmak is killed so point it.

AFAIK almost each wave had web, scram, many had neuts, damper, weapon disruptors. The rats behavior was to attack drones, move and target as a pack, and warp on-grid to catch people further than 30km off.

Since you are webbed, scrammed, and the rats warp on grid to catch you close, You can’t kite. Since the rats contain small frigates that orbit you with 50 tracking, you need application. webs are best since rats orbit you 10km, grappler too… but you can’t fit them.

You don’t need huge tank, however you get hard neuted on last wave, and/or when there are 2 neuting cr +neuting frig/ds.

There is no incentive to play as a group. I tried with two alts, and I was going faster with the two alts in different sites.

The easiest I found was to use double web drekavac, with a point for the vovoid radima. drones were killed too fast so I had hobs in hangar but did not use them.

The reward was only the loot (no isk bounty). Part of this loot was red loot, so isk faucet.

I tried drake, drake navy. I finally opted for drekavac. I had one route to follow, with several staging to drop the loot each time I am in a staging system. 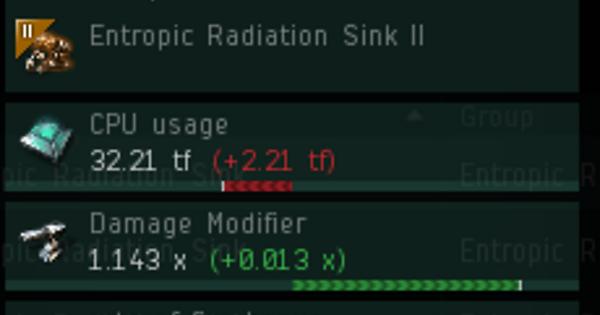 I found it boring.

What could have been done to improve

Yeah hard agree here. My favorie thing with the event combat sites were how they gave pretty decent loot for the amount of time needed to do them. They usually gave very good isk for what was needed to fly them and I think this is a good thing since and “event” should be special and not comparable with other isk making activities.

Definitely need to be shorter and give better drops like the old crimson harvest and guri hivaa event (my fav one). Another reason for them to be shorter is I find the competition to be really fun when competing for the boss drop. Now seems like people find it too boring to even participate in + the bad loot means no competition like the old events.

I think a possible good loot would have been a series of drugs that take the same booster slots as pyrolancea, but deal more dmg in specific case, and less damage otherwise. eg rof bonus, the db9(dose IV) gives +9% DPS, so I guess a rof bonus of -8 % (so +8.7% DPS for non trig ships) would have been correct for the dose IV, while still help trigs to ramp faster.

Thanks for putting in the effort and presenting the information.
Detailed feedback like this is good.

Agree to the assessment mostly. May add the Research sites where exactly the same, just about 20% more to grind through and greater likelihood of good loot drops.

The sites where boring easy and took too long to complete. I was somewhat lucky with the loot, but according to other reporting, it was not really worth running them.

The ship limitations and heavy ewar limited fits to the point there was basically only one optimal setup, which could be applied to all armor tanking BC, with Drek being the best in all stats.

The worst thing about … we were there before with the first 2 years of events, but CCP seems to go only backwards from there.

Also I think the biggest hint you get from this development towards better AI and more realistic NPC (as predicted many times). The better and more oppressive the rats the less interesting is the gameplay, because it dramatically reduces the solution space to only a few or even one option what and how to fly.

The better and more oppressive the rats the less interesting is the gameplay, because it dramatically reduces the solution space to only a few or even one option what and how to fly.

IMO the most important part here is the rats that warp to infinite just to catch you.
I mean, you have time to MJD if you wanted, but then what’s the point ? the rats will jump on you . Anyhow with 3000 m/s 30s later they would be on you but still.

So yeah it feels really like a “you grind this way only” event.

Again I really miss the polar dwarf event, or the harvest where you had roids to mine, or the drifter where you had to scan, to catch fast ships wthat had a scram.

I don’t mind the raw isk reward, IMO getting it to like 30M/h should be correct for noob-friendly event (remember that if it gives more it will be botted), but IMO the events should bring items that are worth more than raw isk, things that can be used to build, trade, fight, etc. I always consider the raw isk/h because that’s a lower value of what you can make.

Yeah I really liked the drifters scan sites, polar was ok, but suffered from the stupid view restrictions. Bots are IMO no problem with these short term events, but I want people to fight for the sites. It was working the first two years with the old event team (rip), why not now?

CCP is throwing SP at us like never before, why not stopping that and making seasonal ingame events more valuable again?

Bots are IMO no problem with these short term events

I was mentioning bots because at the same time I was doing the events, I noticed a lot of “emergX conduit” being done, in some constels it was like one runner per system, and though I can’t say they were bots I can’t prevent myself from thinking of this possibility, and how fast people had been to create bots for them.

EC have literally replaced NS anoms for botting content. if you take the risk of losingyour ship into account, it’s even more worth now even with the 10 min delay or so.

If CCP makes fast sites that can net more isk/h than EC, then bots will be used for them, even if only for a week.

Up the rewards significantly, >100M/h for solo clear In highsec

I hardly work in Null not afk and if it goes well I get 3x15M + some loot from three ticks and salvage. Can be killed at any time, has to pay full attention and you demand all serious in HS 100m/h? Otherwise healthy in the head?

I hardly work in Null not afk and if it goes well I get 3x15M + some loot from three ticks and salvage.

Last time I checked it was 80M/h with a rattle. Did it change that much ?

Anyhow, 100M/h is “usual” in HS once you have the fits, the skills and the experience.

In many previous events I was able to do more than 100M/h from loot+raw isk (which is not really important since the metric for value is varying, there can’t be comparison)

In normal, well populated null sec areas Rattlesnake is unfortunately not an option. Nor is it a carrier.

And the reward in Hs should be smaller. Risk vs. Reward and all.

And the reward in Hs should be smaller. Risk vs. Reward and all.

There was a moment you could do 250M/h in NS from bounties only. Even more with smart titans.

Also you can do more in null. Just because you don’t, does not mean that you can’t.

You’re a smart boy. Of course, there are no limits to what you can do, but we’re talking about similar normal activities. And there are things you can do and things you shouldn’t do. So please, let’s spare ourselves this pointless discussion. You know very well that 100m/h in HS is simply too much. You can do abyss when it comes to ISK printing.

And there are things you can do and things you shouldn’t do. So please, let’s spare ourselves this pointless discussion.

You are not someone who can say what can, and what shouldn’t, be done.

You know very well that 100m/h in HS is simply too much.

No its not. As long as an important part comes from trade, it’s not, because trade balances it out.
Of course doing 100 RAW M isk/h should be difficult to achieve, and in fact I needed a lot of optimization in order to reach that value.

But please if you consider isk printing (so raw isk), tell it beforehand. Because yes, 60M/h in raw isk in NS is actually good (even though rattle can do 80M/h RAW isk too)

Can be killed at any time, has to pay full attention and you demand all serious in HS 100m/h?

I‘m not talking about nullsec ISK printing, but getting back the profitability of sites we used to have with dropping boosters, accelerators and special modules. Those were plenty enough and valuable years ago and 100M/h was rather the minimum for limited time event sites.

100M/h is kind of the sweet spot also veteran highsec players considering it worth spending more time on it than just trying it out and then going back to whatever they do for making ISK which is more profitable.

100M/h is kind of the sweet spot also veteran highsec players considering it worth spending more time on it than just trying it out and then going back to whatever they do for making ISK which is more profitable.

Depends. You don’t know the real income until you actually do it and try, and since it does not last that long, sometimes you just have a few days to do it.

For this event, I barely had enough data to start figuring out the loot value of the sites and optimal fits, so I don’t even know what was my real isk/h ^^

Agree, with the scarcity on sites, you can’t properly estimate the income. But the new scarcity is a problem on itself. If you first have to search a while for sites, then take 15min to clear and get a bad drop … how is your motivation to go on from here?

The balance is not right atm, and we had the perfect balance in the past, CCP deliberately screw it.

It was good event I think. Very easy in properly fit ship and the loot was apropriate.

Thanks for posting this. I was wondering if it might be interesting to get into. For a high sp pilot it sounds like it’s pretty much just like lvl 4 missions. Warp in, press f1 a bunch, warp out… pretty anti-climatic.

Has anyone tried the trig-side of things? I assume it’s much the same except you’re fighting EDENCOM ships? Or is it somehow different?