can you read bruh

not really if you were already caught by focus point in m-0… even on a gate… its not against the rules.

Does not matter anyone else warping to the gate would be caught by the bubble would they not?
Think before you post.

I did they told me to come here and post like a crying baby instead of handling internally.

Certainly not lying you have to train reading comprehension to at least 1 to be part of this discussion . They stopped me from warping outside of M-0 which I then slow boated back to the gate and waited until they dropped point one at a time so they could just jump back and catch me on the other side. Please train reading comprehension to at least 1 before replaying.

so you were in m-0 and you slow boated back to the gate, but why would they even bother to drop point?? you can’t take the gate when they tackle you with hic point… ironically you cant read…

Why is it always chi izanami trying to white knight for rule-breakers? Really makes you wonder…

Dude really now train reading comprehension to level 2.
I was next door to M-0 if you look at the pictures you will see the gate name. That system is where I was forced to slow boat back to the M-0 gate that is where they dropped point so they could follow me into M-0 and tackle me again. It’s really not that difficult. You must be one of the people that broke the rules that night and now is trying to cover?

And right now I won’t get personal with your comment but in the future it remains to be seen.

I was thinking the same thing I guess this is how to make sure you can continue to do it if you muddy the waters enough. Too bad it wont happen this time. Now if CCP will do something about it and “wishful thinking here” Say something in the tread so that we at least have hope that they care about any rules.

Its funny cause neither of your screenshots represent the system outside m-0… and your reading skills is so broken right now… WHY WOULD THEY DROP POINT AT ANY TIME SINCE YOU CANT USE THE GATE WHEN THEY FOCUS POINT YOU… just in case its your eyesight problem.

show me a screenshot of you getting tackled outside m-0

Really? I mean really? Do you think if I had bother to take a screen shot when no major infraction had happened I would not have uploaded it here when this entire thing started? I mean REALLY? You must be extra dense or certainly been one of the people involved in this or the worse troll in the EVE O forums?

I have the chat logs for it the entire thing which in case you actually care I sent it to the ticket I opened with CCP but they told me to come here instead “just like I said before”. The screen shots are from after that when I had to get back into M-0 you can see the gate I think it I was 30KM then another at 50KM so yes even a 10 year old would be able to understand that but apparently I think the rule that someone has to be 13 years old or older to play even is not really required.

You @Chi_Izanami has added nothing to this discussion so I won’t even bother to reply to you anymore like the original infraction before I jumped back into M-0 is not worth my time to keep track or to bother with it.
Actually any reply from you here is worth less then a lost ship in the test server that I can replace in no time even before the next mirror. This tread is not about me it is about people being able to use the test server without rule breakers and trolls like yourself.

CCP still waiting for a comment here or in a message somewhere. A simple acknowledgement of we got it would be fine because trying to do the right thing has been a colossal waste of time from everyone involved.

Yes lets write more useless text and avoid questions that actually make sense.
WHY WOULD THEY DROP POINT AT ANY TIME SINCE YOU CANT USE THE GATE WHEN THEY FOCUS POINT YOU???

clearly you dont have the ability to read question and answer them? surely even my friend with dyslexia would understand my question after 3 times of asking???

make sure to always Screenshot the action as good as you can. When they tackle you outside of M-O as you say then make a Screenshot of it. At the second ppl break the rules, you want to have something to prove what you say…
Atm for someone who hasnt been there, it might look like, you were killed in M-O and nothing happaned outside of that ye know? Cause you got nothing to show us.
No offense, just saying how it is

CCP usualy does not answer or they need a while to respond. Dont expect something in the next days imo…

Yeah hindsight is always 20/20. I should have expected that but did not for some reason. I blame it on being really late at night after 1am. And I do have chat logs that I sent over to CCP for the ticket I created but like I have said they told me to come here and that they could not help me via a ticket. So they have an time frame and logs if they were to ever bother to look but I guess this is not important enough for them to actually deal with it. But an simple acknowledgment would be nice at least to say hey we are reading these so we would not waste time creating them and dealing with the EVE-O trolls that come with it.

CCP usualy does not answer or they need a while to respond. Dont expect something in the next years imo…

Fixed that for you. Did you get a sandectomy yet?

I don’t see you reporting your butt buddies:

Looks like another BODYS violating the rules of the Test Server. [Chi%20Bubble] 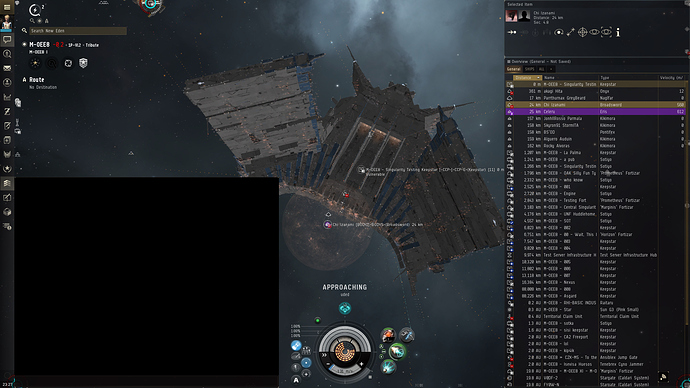 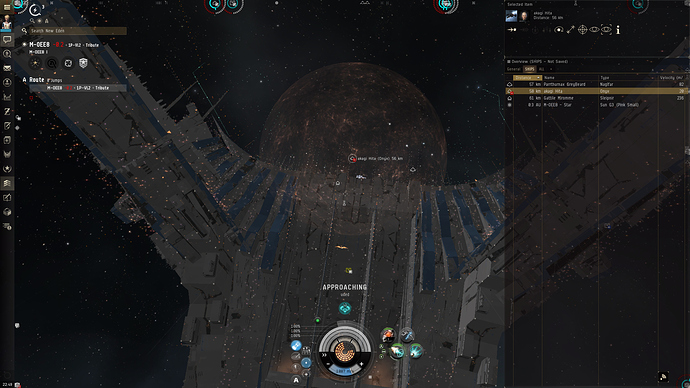