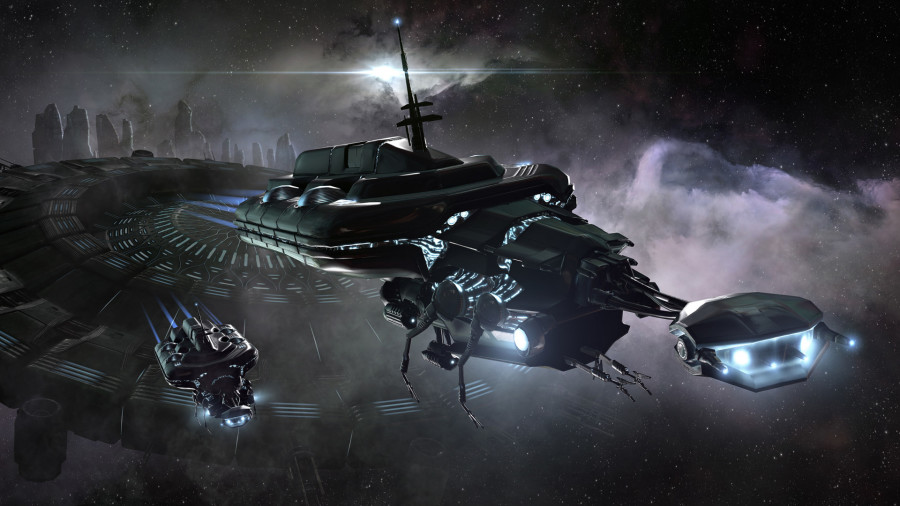 Check out this news item for more information on IP address blocking by the Russian Federation that may be affecting gameplay for those inside Russian Borders.

How is CCP going to protect the assets of Russian subscribers? Will it be considered an exploit to attack their Citadels along with trying to harvest any Stations that might still be in Russian Federation territory?

I would think that the Sov Units used to control the system would be also be locked down to avoid a squatter alliance from coming in and stealing systems from the Russian Federation while they were unable to connect.

Maybe they could start playing on Serenity.

While I have confidence in Russkies ability to adapt to disappointing security politics (with VPNs and other tools) the IP ban did impact more than in-game chat utilities.

Living in Russia is now playing eve on hard mode.

While in the past the usage of VPN has been frowned upon, we would like to reassure pilots that they will face no punitive action against their accounts if they feel they’d like to use a VPN service to connect in this instance.

How do we know if they actually feel an oppression or they are just some whatever botters using VPN?

I actually read the link provided and it’s scary.

Use google translate or something.

“With a lawsuit to block the messenger in court, Roscomnadzor applied: the agency claimed that the messenger does not comply with Russian laws, refusing to provide the FSB with the keys to decrypt user correspondence.”

That is scary as hell. Give total control to any body, Russian government or Facebook, or Google, or anyone and you get this level of intrusive control over people and what they are allowed to say and talk about. I hope the Russian guys get their EvE back soon because there is nothing political about EvE Online. Let people play in peace and do their politics outside the game.

Lads, have a little cop on for feck sake.
Read about this and I grantee you won’t be cracking jokes about it afterwards.

I read it and im still jiggling. All those laws in USA, Russia, China, whenever else did was to teach people how to use a VPN. In thir effort to enforce control on something that cannot be controlled, governments just opened pandora box. Half of my friends already use TOR similar programs for everything, simply because its faster.

I for one hope our Eve Brothers and Sisters in Russia can quickly regain full access to the game.

They blocked a whole AWS ip range? I would guess that has a lot of other implications as well and doesn’t just hurt EVE, but their own business as well.

I for one hope our Eve Brothers and Sisters in Russia can quickly regain full access to the game.

Nobody says that for Chinese players? I really hope that someone does. Whatever, Chinese players still do not exist in forums like this. Besides that, I still had greatest thanks to the Russians, who tanked so much hatred from the Western world from us and probed the consequences of all kinds of crazy choices before us, like that of “Russia’s Modified Communism”.

I hope everybody has the ability to fully access this game.

Like in real life, it’s going to be a new Meta to suppress the opponents

So, to defeat the opponent just ban him or his IP, that’s all, new Meta. No need to exploit any in game bugs or to speculate on new patches. But actually, if Russian players will be blocked forever, then it’s time to take into consideration all those threads like “EVE is dying” more seriously. Since 2003 Russian community made a great influence primordially on what’s EVE today. I think after this like 35-40% of active daily none ALTS players (mostly from Hi-Sec) the TQ server will lose.

EvE without Russians would be very strange indeed. Just as it seems China may be opening up a bit and perhaps TQ might eventually see more Chinese players - our game faces having fewer Russian players. *sigh
VPN ftw

If you need an English source to decipher what this is all about, The Guardian provides a good article.

EvE without Russians would be very strange indeed. Just as it seems China may be opening up a bit and perhaps TQ might eventually see more Chinese players - our game faces having fewer Russian players. *sigh

China players using VPN to play on TQ. IDK exactly the story behind this, but with EVE botting issues and some EVE client bug exploits reported, many of them was banned to play on TQ last couple of months. So, Fraternity is in the bad situation now also.

If you need an English source to decipher what this is all about, The Guardian provides a good article.

Aha! The campaign vs Telegram. So, IRL is like EVE. While conflict of interests of few people persists - many should suffer.

Eve online servers in the UK, if that is correct then the Russian FSB will be making headway against their UK and American counterparts. I’m sure GCHQ and our American partners at the NSA will be looking at the Eve client base with much gusto, at this point 504 timeout is all the Russians can retaliate with. Maybe CCP can make a deal with the Russians and create another server for their sole use like they did with the Chinese?

@Durov’s response to the Russian government’s totalitarian demand for backdoor access to private communications – refusal and resistance – is the only moral response, and shows real leadership.” (the guardian)

Every ‘security agency’ likes back doors…

I may not play EVE Online if I live in Russia.

Every ‘security agency’ likes back doors…

Don’t worry, they got AMD and every other chip manufacturer covered too. Do you design your own PC? And I do mean create your components like CPU, ram controller, … from scratch and your own design? If not, then you are not “safe”. Why do you trust POPULAR software/apps from other people you don’t know in person, and even then… are you sure those other people (even if they are wearing tinfoil hats) can be trusted?

Now how can you be safe? Don’t do anything that threatens the government. There, now it’s just evil corporations that are laughing at the posts by security challenged people who use forums on the Internet… like me. I’m just a little less ignorant but more retarded. It’s all in balance.

Anyways, just me ranting… and enjoying security discussions on a public forum.