I find what is layed out in this video is very good for some ofcthe steps needed to save eve online.
But most of all no pvp in high sec, protect those newer players…

I have played since 2003, this not my main, as criticizing the pvp in eve paint you a huge target for gankers

I have moved your post to a forum which better fits the topic.

Well for new players and corporations it is… And always have been…
It is not whole problem but the absolutely biggest one, and paradoxically one easier to actually fix

And calling it PVP is misleading in 99,9% it is pure ganking and griefing.

Nah its not, but go ahead and keep believing that.

OP, the Eveonline Tutorials guy is the kind of guy when faced with an in-game challenge provided by 19-year-old game mechanics – equally available to him – and those players wielding them, decided to turn his whole platform into one of complaining, foot-stomping “quitting”, and ranting.

Tell me, does that really sound like a reasonable adult that you aspire to be?

He could have figured out ways to co-exist and live with people he disagreed with, but is instead spreading speech about intolerance and extermination of gaming playstyles. Is that something you really want to be associated with?

Removing PVP can have a very negative result though, EVE has a very loyal dedicated playerbase that’s been playing for years and a drastic change like that can push away many of the players who make EVE what it is. I don’t see banning PVP in high sec being a prudent course of action because to do so you would essentially have to change so, so much of the game. 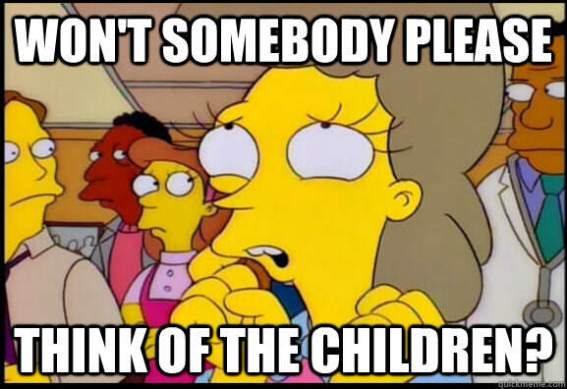 But most of all no pvp in high sec, protect those newer players

So masive skill dump on new players just finding their way??
Well not everyone is “hardcore” and EVE is biuness… and if you lose all the “carebears” and newbro players, you don’t have a game anymore… then you can all the “real” players are ■■■■ out of luck…

my goal is that we all still have the option of playing EVE, and imo if we dont make highsec “safe” or nonpvp, we will not have that for much longer!

imo if we dont make highsec “safe” or nonpvp, we will not have that for much longer!

Which day are you thinking of, that is “not much longer”? I’d like to mark it on my calendar.

well historical MMOS don’t “die” just suffer sell off, and then masive explorintion of the player base, to the point where it ruins any fun i the game , we allready is seeing the start of that now

we allready is seeing the start of that now

Newbies don’t need to be protected more, they need to be entertained by good content, educated by well designed basic tutorials and pointed towards joining a player corporation that takes care for them (for example by explaining mechanics, training maneuvers, providing support etc…, but also replacing losses or at least offering options to do so).

Also imho HighSec is not really designed for 100% peace, the income sources are way too high for that and its way too large for that.

imo if we dont make highsec “safe” or nonpvp, we will not have that for much longer

Hasn’t seemed to be a problem for two decades.
Space is dangerous, both the real and fictitious ones. Fortunately we’re clones

is this even true?

I’m just going to go out on a limb here and say you’re a liar. Don’t tell me what year you started playing without posting on a character that can back up that claim.

I have been playing since 2006 and have only been suicide ganked once. And that was in Jita, during Burn Jita.

After all of the hours I’ve spent afk mining and missioning, I can’t imagine what others must be doing to get themselves ganked in highsec.

you can belive it or not, not my first time critizing HighSec PVP!
and when i did on my main, we had like 30 wardec within one week… so nhaa braw… not thing that again XD
And yes i know wardec are harder to now, but learned pretty hard that the HighSec ganker/greifer Comunity reacts very badly to critezicing… like bullies on any playgrund normaly do!

I don’t see any benifit to having any non cosesual PVP in high sec (ganking,wardec)
just that it harms the new players, and rives them away…
if you want PVP, there plenty of placeses to go… lowSec,NulSec,wormhole and faction warfare…
but ofcocuse pll will figth back there… and most bullies don’t like… but for the rest of that enjoy PVP… we are okay and preffee it that way!

I don’t believe this is the cause, maybe a symptom.

Worst part of EVE PvP is most of the time it is just sitting in CC and wait for death, you learn nothing, do nothing, enjoy even less.

CCP ship go boom changes, are rippling until now. People don’t move out of HS because the PvP is pretty bad at the moment, just people that have too much isk do it.

Like I said, symptom, people do not want to PvP and now want to be safe in HS.

I think it comes down to concent forced pvp everywhere in a MMO’S generally does not work out well.

I do fully agree, and understand you sentiment that the PVP… Hell combat mechanics in EVE in general are in desperate need of a serious overhull!!!

But it still doesn’t not excuses not having “safe” zone where pvp is concensuel…
If i had to guess how to best go about it…
Well first off I would increase the number Lowsrv system, especially convert highsec systems on boarders between “enemy” factions to lowsec.
Completely do way with option to attack players illegally “forced green” for everyone…
Completely changed the wardec system…
First of make it local, not global wardec…
Secondly make it objective based… Remove station, exclusive mining rights in systems, customs rigth on PI…
And after a wardec… The target has one full week to comply or choose to fight the claim…

In the name of due diligence, I went ahead and watched the video in the off-chance there was something meaningful to glean from it. And there is, but it wasn’t worth watching the video for.

I have a few counter-points to make, beginning with you, Smoky:

just that it harms the new players, and [d]rives them away…

Who? By new player, do you mean 2-month old characters, like the one you’re posting on? Do you understand how posting on an alt can give the impression that these “new” players are just alts complaining because they got ganked?

Firestorm made one meaningful point, and that was about the increase in monthly subscription and microtransactions. And, while there may be valid issues with these, it should not be used as a trojan horse to sneak in pvp changes.

those making the argument “you consent to pvp when you undock” … this may have been valid 10-15 years ago, but not anymore

So it was at least valid at one point. Why not anymore?

if you see catalysts ganking a venture or mining, ban or temporarily ban them

Why ban someone for utilizing an existing gameplay mechanic? Wouldn’t it be more sensible to eliminate the mechanic altogether? Is Firestorm implying that there are situations where suicide ganking is valid?

ganking does not affect the market

there is more conflict going in highsec than any other sector - low, null, wh or otherwise

Ending highsec pvp for a full year could be a big risk then, couldn’t it?

365 days of peace and 365 days of allowing training on all three characters. After one year, show me the evidence and prove me wrong

I challenge you CCP Hilmar, we’ll see if you’re man enough to accept