I still don’t understand allowing such high levels of piracy in what is supposed to be a high security area.

Why do you need to understand why it is how it is? Why can you not accept what high security means within the context of the game? Simply play it, or don’t.

Honestly, with a safer high sec there would be a more vibrant economy

If there is less destruction then wouldn’t the economy slow?

Anyway, I’ve only once had any problems in hi sec and that was due to being impatient and transporting a Legion and modules in a Badger. (Fortunately the gankers were not of CODE. or miniluv quality)

Seems safe enough to me.

even CCP can be manipulated by players to their greatest advantages without having a clue what they’ve done or as it happens. 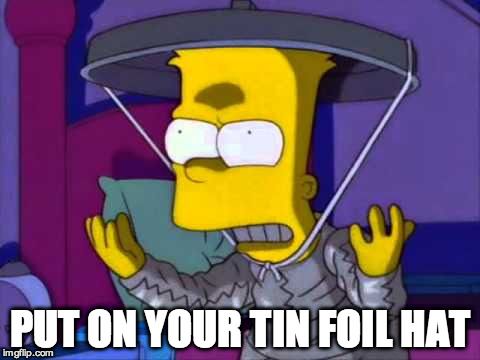 Drugs. Don’t do them.

Unless they’re ones I’m selling, then it’s ok.

Question for you: Do you think that “Gun Free Zones” in the real world mean that anyone with a gun is magically unable to use it? Or do they mean that if you commit a crime, there will be repercussions for that act? Because much like real life, the latter is already true in High Security space

RL arguments like this, even when done with the best of intentions to try to help clueless players understand, are actually counterproductive and a liability, because the fundamental underlying problem with all these players is precisely that they have a hard time differentiating between game and RL. They don’t understand this is A GAME where things don’t have to be like they’re in RL to begin with, and make all kinds of wrong assumptions because of that.

You don’t help them with that problem using RL analogies, unless you make it explicit and very clear from the very beginning that you’re merely trying to help them understand the concepts, not justifying why things in EvE are the way they are. If you make the mistake of letting them believe you’re doing the latter, you’ll end up trapped in a pointless discussion about how things are in RL and how different they’re in EvE, which is utterly irrelevant because things in EvE don’t have to be the same way they are in RL to begin with.

It doesn’t matter what “high security” means in RL at all. It’s that EvE is A GAME and high sec is merely a term used to refer to a set of game mechanics that are different from those present in low sec or null sec systems. That’s it, period. The term high sec has no implications other than the security provided by the game mechanics in those systems is higher than it is in low sec systems.

Yeahh, PSA for all anti-content carebears.

All arguments that appeal to how REAL internet spaceships would work are worthless. Nobody cares. We want to play a fun video game. So that’s the only argument that matters, what will make the game more fun

Absolutely no one cares about how you think future space-societies would work.

I do however enjoy reading the ultra-contrived analogies about “what if the king of England just came up in my house and blew up my blockade runner, there’s no way the NSA would allow that…” and so on and so on.

LMAO
You guys
are playing
a video
game.

This way the game doesn’t run away those who are less interested in conflict as well and open up a larger source of income for Pearl Abyss.

In Eve online, drugs are very useful, they can help you play better with small but advantageous benefits both for PVE and PVP.

But on the forum, they make people spread BS without realizing it.

While I do believe there is some truth to what you say I cannot help but feel you must be with a certainty wrong about something here… I just can’t quite put my finger on it but I am sure you will let us all know with that witty edginess in your further comments.

Feel free to tell me whenever I am wrong, in a civil manner it could lead to a constructive discussion

Concord insurance, that’s the answer.
Would be like having your personal bodyguards always behind you.
Time respond after initial aggro <1 sec.
Istakill obviously can’t do much, but pod would be safe 100% or, complete insurance would cover all of your clone implant value.

IT is a very economical matter. I pay, I want safety, even afk in hi-sec. Because I pay.

I pay, I want safety, even afk in hi-sec. Because I pay.

Maybe you just pay the wrong people. 10mil ISK to your local New Order Agent go a long way to get you back on the right path.

I think the piracy problem in High Sec is totally 100% a skill training problem. I have Paranoia trained to level V. With Paranoia only trained to low levels or not at all, you just don’t have the heightened sense of awareness that you need to recognize danger. You just can’t keep yourself safe from your own complacency without a good healthy sense of Paranoia. I think it needs to be included in the list of necessary skills to be trained. Maybe the “magic 15” ???

That’s just nonsense. A Venture mining in an asteroid field can WARP OUT when a red scary looking Catalyst warps in. You don’t need any special skill to survive. This game is not too hard, but the AFK playstyle is too dumb.

I apologize. It appears that my feeble attempt at humor has failed.
I remember the first time I hauled 100mil in a nereus. I was so paranoid that I would get ganked before I could get to Jita with my cargo. I used all the tricks that I had read about.
( tanking properly, not using auto pilot, and paying attention. ) It was an exciting and stressful trip. I don’t engage in much pvp, but I also don’t want High Sec to lose the sense of danger that piracy and ganking brings. Without that sense of danger, it wouldn’t be EVE.

It appears that my feeble attempt at humor has failed.

I simply read the following sentence fragment, “You just can’t keep yourself safe” and decided your paragraph was too long, didn’t read. I now acknowledge that the intent of your paragraph was different than I assumed, and I am glad we are in agreement on this topic.

The Badger was/is infamous for amusing PvP incidents too, hence the term Battle-Badger that you’ll see thrown around occasionally.

You didn’t mention it because I doubt you’re aware of it; I agree you shouldn’t be able to buy sec status with tags.

ok so here is my initial response: 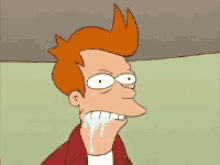 Ok, look. the answer is NO. here’s why: EVE is a sandbox MMORPG game where the players in it can do well… whatever they want. There is an article somewhere on the forums called the 8 golden rules of EvE.
you will not be able to change the actions of the players in this game. CCP actually encourages behaviour like ganking in HS. The groups that you are complaining about are players who have chosen to prey upon unsuspecting players who undock their cheap T1 transports loaded with expensive cargo, or are war targets not paying attention. The summarization of this is: Stop complaining and adapt.