I know that gunnery improves your shooting and aiming speed and other things. but are there any skills that improve the damage of laser turrets? I found skills that train projectile weapons but I do not find other skills. thanks.

I did hit that limit once, much to my surprise (it’s skill levels btw). I think it was 50, but I wouldn’t swear to it.

Are you Alpha or Omega?

Alpha, I can’t pay to progress.

What you can do though is buy alpha injectors with isk on the market. As an alpha you can then inject from 5 mill SP to 20mil SP.

google eve + laser leads you there
https://wiki.eveuniversity.org/Turrets#Energy_turrets
and

If I recall, you are using a beam laser-armed coercer destroyer and orbiting your target, yeah?

Beams have low tracking but better range, usually. They are best suited for mid-long range engagement.

With lasers in general transversal management is pretty important.

Rather than orbiting, perhaps try “keep at range”?

Raw DPS doesn’t help much if you’re not hitting with it anyway, eh?

ok so keeps at range does not move your ship as much right?

The answer to the question asked is going to be the relevant weapon skills (Small Energy Turret), Surgical Strike) and the weapon specialisation skills.
Add into that Rapid Firing to reduce the cycle time and between them they can add better than 50% to the raw DPS.
But as others have said, that’s not the whole story. Tracking is about how well the weapon follow a fast moving target.

There are skills that improve tracking: Motion Prediction is the obvious one.

Some hulls have bonuses to turret damage and tracking based on the relevant ship skills.

The other thing is “how you fly”.
Imagine you have a gun and are trying to hit a bird flying around your head. It is hard to hit it if it’s circling quickly - swinging the gun around, trying to get the right lead distance. You’ll not get many good hits.
But if the bird obligingly sits still, it flies directly at you then you’ll get a nice easy shot.
Also if you are trying to run around the bird at the same time it is flying around you… Well good luck mate.
This “left or right movement” that makes life hard is called Traversal.

Same in Eve - the ship you are firing is the bird.
“Keep at Distance” tells your ship to stay a fixed distance away and minimise traversal. Orbit is “fixed distance, maximum traversal to the target”.
(Do “lots of have waving and imagine the fight and how much you and your target have to turn guns to get good hits” - tracking is an angular rate thing: degrees per second. The tracking number in game is an aggregated figure since there’s other things in the “can I hit” equation - big ships are easier to hit than small).

This is made more complex by different turret types having different tracking performance. Normally long range weapons, which as beam lasers, track badly. Short range weapons track a target better (they have to - they are going to deal with closer targets).
Amarr has it reasonably off - pulse weapons track poorly compared to other races turrets. Beam lasers track better.

A beam fitted Coercer will struggle with a close in frigate. You need to kill things before they get close, or use keep at range, or fit a tracking computer with tracking script, or a tracking rig.
I suggested pulse lasers on the Maller for this reason. You will be facing frigates in missions and medium beams with a low skill / experience pilot will struggle.
The railgun Moa (the Caldari gun cruiser) I have is a pain because of that.

I’ve repeated a lot of what people have said above - but tracking and flying to exploit it or compensate for it, is important to know about.

I suggested pulse lasers on the Maller for this reason. You will be facing frigates in missions and medium beams with a low skill / experience pilot will struggle.
The railgun Moa (the Caldari gun cruiser) I have is a pain because of that

Thanks so much, you made everything clear. I am less confused now. 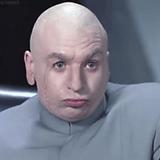 Just a few tidbits of info, some of it has been covered already.

Apart from that lasers don’t really follow the “long range weapons have bad DPS” logic. So all in all: fit beams

I’ll generally agree with that. But you have to watch tracking.
The other gotcha - and it still gets me - is you can often exceed your targeting range. I’ve ships that can do good damage out beyond 120km with beam lasers (load Aurora - the T2 long range crystal into Tachyons) but can only lock the buggers at 80-90km.
You can get a similar problem with a beam Coercer if your targeting skills are low.
In Amarrian ships, a range bonus translates to a long range damage bonus because you can use a higher damage crystal in long range engagements.

While generally the DPS of long range variants is poorer than short range you are trading DPS for Alpha (the size of one volley). When fighting a ship with active repair you can kill him with a single (or few) heavy hits before her reps rather than getting into a slugging match with his repairer.
Reps don’t work if you’ve already killed 'em.

In the world of T2 Turrets: a Pulse laser loaded with Scorch definitely Reaching out and Touching someone.

Your third point is a good one. The nice variant is to align to your escape point while you do it, then you can warp out quickly if you have to.

Aurora generally isn’t a realistic crystal to use due to its massive tracking issues making it VERY bad. The fact that it, thus, gets an unrealistic range is not really that much of an issue.

I hardly ever use Aurora especially not for pve, a Paladin for instance gets some 65 km optimal with its tachyons even when using multifrequency and you won’t really have a use for crystals beyond Gamma. More “normal” ships I hardly ever use anything over Standard or perhaps Microwave, the lower base dps compared to Aurora is easily made up for by increased tracking.

I agree. Aurora is invariably only useful at the range you can’t use it. It’ll plink Cruisers alright at range, but yeah, the tracking is poor against much smaller than that.

I’ve flown a Tachyon Nightmare - which is fun in a “ah, not an armour boat…” Sort of way.

so putting crystal that reduce range placed on beam lasers are bad because it has slow tracking? I prefer damage over range though. and is 7500m of optimal range too short for my ship(coercer, dual light beam laser+multifrequency)?

Normal crystals do not affect tracking, only T2 ones do and those you won’t be using for generic pve so don’t worry about it.

There are 4 types of T2 crystals: short and long range for both pulse as beams. Apart from the short range version for beams (which increases tracking) they all lose tracking, some more than others.