Skins based by kills

Let’s be honest this would be a great idea and would enforce the idea to new players that eve has PVP now these would be soul-bound skins so that way players can’t just purchase the skins and so multi-box kills don’t work they have to be solo kills and duels would not count towards this. these skins would be new skins so that players would have something to work towards
and my favorite so far is from @Jayce_Fitzpatrick 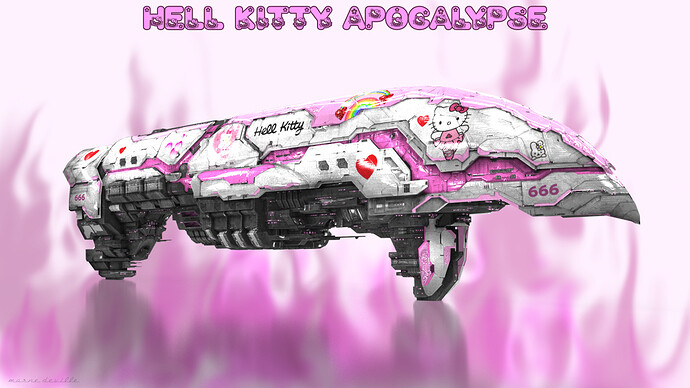 would enforce the idea to new players that eve has PVP

multi-box kills don’t work they have to be solo kills and duels would not count towards this.

How does zkill bord know when its a solo kill

I can just solo kill my alts.

frick forgot about that

duels would not count towards this

why not?
Also, killmarks already do not appear for rookie ship or pod kills.
I don’t know how killmarks in fleet fights work…

zkill bord know when its a solo kill

if there is only one player (NPCs don’t count) on the damage or hostile effect log, they are the only ones that get the kill and it is therefore solo.
Any damage or effect logs erase after 15 minutes, or after a session change (like docking or jumping).

I can just solo kill my alts.

This, of course, is the problem.
Unfitted insured T1 frigs. Welp 100 of them for only about 10 mil if you are efficient.

Since we’re posting hello kitty skins… might as well add this one. 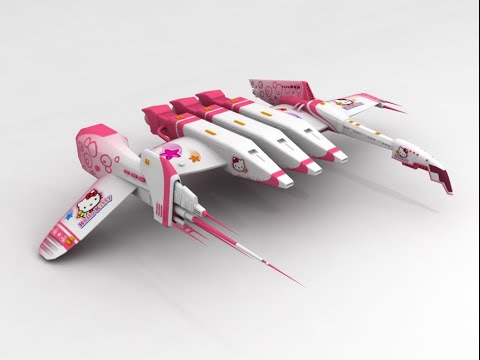 Then it must be true solo kills without NPC on it.

Tired of seeing the “Bring back Solo” pretenders high fiving and slapping each other on the butts for killing ratters.

You dare insult BSB?
I see death in your future, sir

Are you meaning to say that hunting ratters is wrong? I have been hunted while ratting, and I still support killing nullfarmers. Also, some of the ratting kills are really impressive, like taking down Ishtars with Assault Frigates.

I do that all the time. 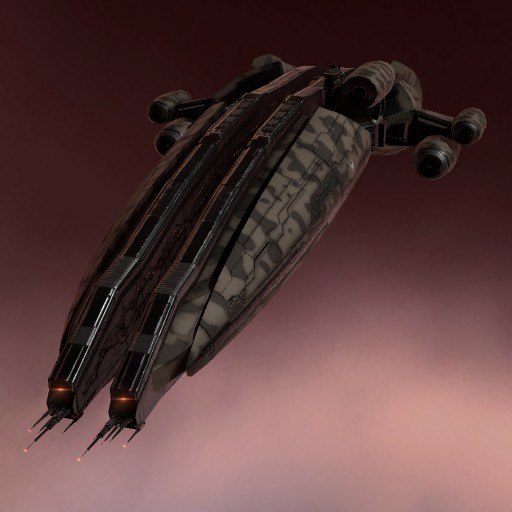 I just don’t think killing a pve marauder or battleship with a nergal requires butt slaps. In my mind, a pve focused ship will always loose vs a pvp ship. Yes sometimes the pve ship gets lucky.

Kill all ratters… no need to brag about it.

Nergals are cancer.
I have only ever killed one, and it was really lucky.
I was flying solo in my armor Thrasher in FW, getting chased by the same Nergal who had killed me literally the day prior, ran across these three random dudes deplexing together. Tristan, Slasher, Firetail. The only reason our four-man gang survived was because 1) the Tristan was full neut fitted and 2) the Nergal pilot primaried me, getting through more than half of my EHP. Also, my Thrasher and the Firetail buth had neuts too. Anything else and we would have all gotten dunked. If the guy had used better heat cycles, or fit even a single nos, he could have killed me and dunked on us. If he had primaried the Tristan, permatank for days. Even the RFF’s one neut would have been huge to take out.

Nergal with assklaps is a beast of a ship.

Any way, I agree. Skins… More kills different look or skins. But is that not something CCP is planning anyway? Different look based on kill marks?