Do Eve players think that loss mails should include the number of kill marks a ship had when it was destroyed ?

Nah, everyone will just artificially inflate them to make their peen-mails peenyer.

What would be nice is a killmark counter somewhere that would show how many killmarks each class of ship has for a player. I wouldnt have to reset or perhaps show the highest killmarks for any active ships in a players possession as well as the absolute highest killmark total ever for that ship class.

How would this artificially inflating them be a thing ?

I feel like this will just cause everyone to artificially inflate their ship’s killmarks, so that they look like a more successful PvPer on their eventual lossmail. Maybe i was allowing some of my butt-hurt toward killmails in general to bleed through to this. I feel like less attention should be drawn to killmails in general.

Isn’t that countered by the fact that no one cares ?

Yeah probably, but equally i put it to you if nobody cares why devote dev time to it?

Because I have never yet seen a kill mark and this is the only way that they can convince me that they exist.

You can scrape some off the side of my Vindi if you like, they’re getting a bit cluttered.

You also have to have your graphics turned up to the highest settings to even see them on a ships hull and they are notoriously hard to find as CCP spreads them around in all sorts of places. So if you dont know where to look on what hull it can be hard to spot at first.

I dont see ships up close, only by mistake, and then admire them for a while. I actually never spotted any killmark either, on any hull, just some agitated people posting they have found where are they placed.

I dont see ships up close, only by mistake, and then admire them for a while. I actually never spotted any killmark either, on any hull, just some agitated people posting they have found where are they placed.

They are really really hard to spot/see on some ships, it’s kind of a pointless addition to the game, but it’s not harming anything I guess.

Personally I see no reason to add them to killmails at all, especially since you can add as many killmarks as you like by farming noob ships all day with an alt.

Oh I remember, the first ship that had max amount of these killmarks was a tournament chameleon and owner farmed his alt’s Bantams. 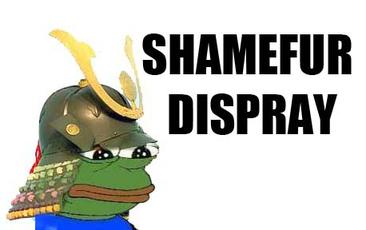 That is a spacebushido pepe.

How would this artificially inflating them be a thing ?

It’s already a thing for some players to repeatedly kill their own alts in order to get on the top 10 characters list on zkill. Would be no different with this.

I also suspect, squizz would put a top 10 list together on zkill for the most killmarks on a lossmail too, so more motivaton for alt killing.

Because I have never yet seen a kill mark and this is the only way that they can convince me that they exist.

Who cares what other people do to artificially look better, I personally would like to know how many kill marks my ship had when it died.

And really anyone who is going to sit there killing their Alts reapers so that someone else can think great I killed a really notorious pirate, the only time it is visible is when someone kills you, I can’t see it being impressive enough that anyone would bother trying to artificially inflate it.

And as was mentioned they do that anyway to boost their kill board so including the Kill Marks isn’t going to change that, there isn’t going to suddenly be more people doing it , it will be the same pathetic losers.

I once received a Vindi hull and a few bil isk from an ex corpie that wanted to do just this. Its sad, I still have the vindi too, and people do it constantly.

No I have no idea what you are on about, someone gave you a vindicator I got that bit. People constantly give you vindicators and you are unhappy about it, is a bit harder to believe.

He gave me a Vindi hull plus isk to shoot my alt over 100 times in his own ships just for a killmarked ship.

The ultimate irony was he lost it the very next day being stupid.

OK but how does that cause a problem for everyone else ?