Spreadsheet of characters and accounts

So simple question… I use Evemon ofc and its great for what I use it for but I also like to have a spreadsheet where I have a list of accounts, what chars are on it, when the omega time runs out next… and in the case of some of the chars such as market and cyno chars… their current locations… also a custom tile where I remind myself what each char is used for.

I had planned on doing this in excel… however I then remembered that API was going to become a thing of the past and that everything now requires a SSO sign in.

So I guess the questions are, when is the API going to go the way of the dinosaur and am I over complicating things with excel?

The XML/CREST API is going away yes, early next year i think? However ESI will be the standard as the XML API was for the future. A webapp would be a good idea as you have full control over the data and how it is presented.

Another option would be google sheets, using a script i wrote: 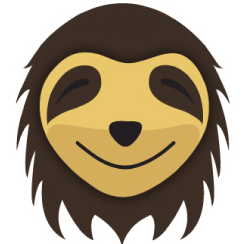 This would be relevantly easy to setup and would have excel like features. However, there isn’t a direct way of figuring out when accounts expire. The method i know if is using the skills list and checking if the active level is less than trained level, which would mean the account is in alpha status. Another option is just manually typing in sub end date.

ah yeah I suppose with the advent of alpha and omega levels the good old expiration date from API is gone.