Are starships capable of landing on planetary surfaces? How are they initially placed into space - conventional rockets?

Most of them are build in space in construction arrays, stations or citadels.
And we know that the bowhead can be modified to land on planets, as well as some other ships like shuttles probably. But not without modification.
Planetary goods are transported to the customs office with regular rockets so it might not be that common or too expensive for the ship classes to enter orbit

I imagine that if a ship like the Abaddon tried to land, it’d be crushed under its own weight.

Yes. The ships are designed for space travel, not for entering a planets atmosphere. So it’s unlikely that the ships can land on planets.
But since lore showed modified bowheads landing, we know that at least it it possible to land with certain ship types but it includes “modifications” whatever that means

, its complicated. Gravity is a solved problem in EVE, its worth remembering. And Supercapitals, such as the Wyvern, have canonically been able to enter atmo as well. Yes with modifications, but ‘repulsor’ and anti-gravity trch are a semi-ubiquitous facet in setting, and if you have gravity manipulation tech(which they do), planetary gravity affecting a ship becomes much less of a concern.

The real issue gets down to CCP’s… awkward way of previously explaining why ships can’t enter atmosphere, that being that Tritanium, a primary construction component, is unstable at atmospheric pressures/temperatures. This of course, is plausible. But ship hulls aren’t made of trit. They’re made of alloys and of assorted steels, titanium, carbides, fernites, etc that include tritanium, but alloys don’t have the same properties as base materials.

So if the hull was made of pure Tritanium, it’d explode or something?

Presumably, yes. But again hulls are alloys and not just raw trit 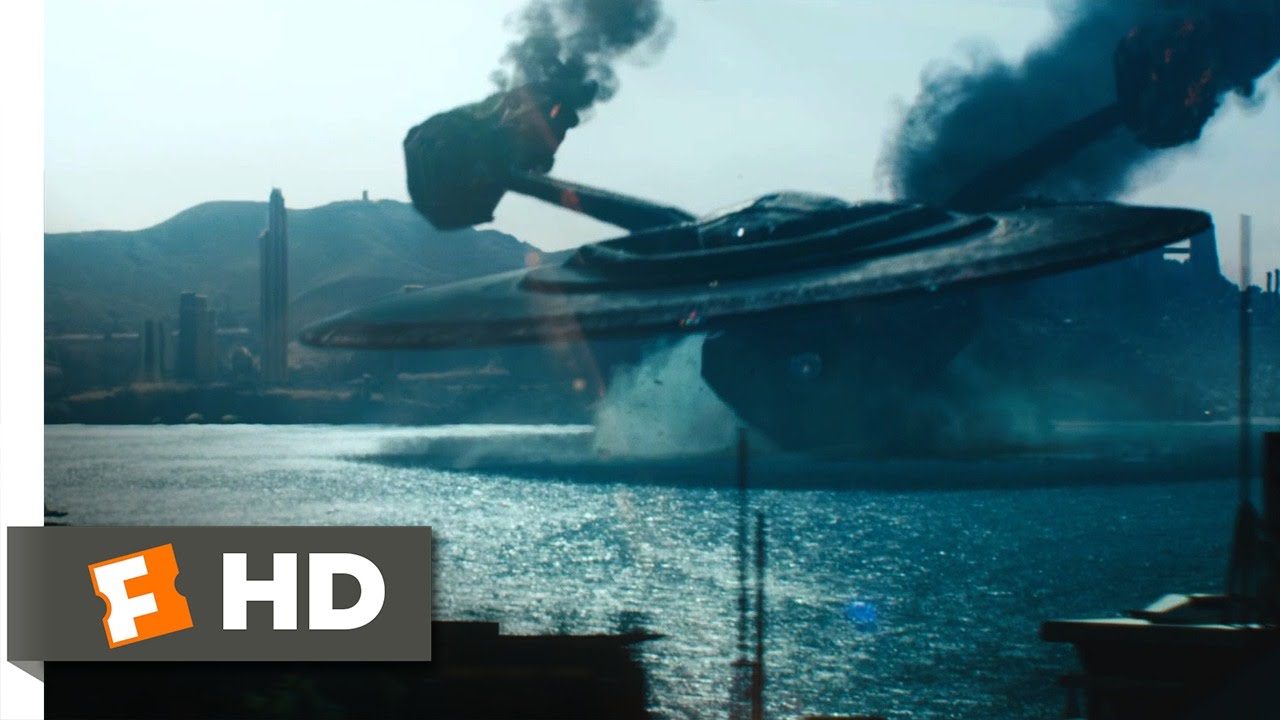 There is an in-game case of a very large ship “landing” on a planet (just as a glass knocked off a desk “lands” on the floor). The hull has not exploded (again). However, tritanium apparently oxidizes with excessive zeal:

there’s also worth pointing out that the hulls are, as has been stated further up, alloyed trit, and not pure trit. the hull of the shigeruu and the alloys therein, were destabilized by damage from uncontrolled re-entry and weapons fire so it undergoing further oxidization rapidly makes sense.

we have other canon examplees of ships entering atmosphere, without the catastrophic failure bit. Such as the Valkyrie supercarrier in Great Wildlands, the bowheads and triglavian vessels during skarkon for the Prime Fiction examples, and some additional player fiction examples which while less official than CCP written fiction, still count within things

The Shiigeru is probably experiencing something akin to a coal seam fire, with the superstructure appearing to be burning from within. It would be quite a setting. 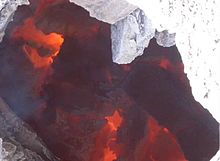 Per the “EVE civilizations have solved gravity” observation, if the Shiigeru literally just fell from orbit, there would be nothing left. On impact, the superstructure would have heated to meaninglessly high temperature numbers, vaporized instantaneously, and been blasted back out toward space. Some of the [[anti gravity technobabble goes here]] systems must have been functioning. A ship that did not have itself torn apart with weapons could therefore presumably handle the gravity issues.

Wherever practicable, however, I imagine civilizations as advanced as EVE’s use specialized infrastructure such as space elevators to move heaping masses of material up and down from major planets, and then use planetary transportation networks to further distribute the goods. It’s the same efficiency win as using a bridge to cross a river instead of a ferry. Better, even, because river water supports each ferry; whereas landing spacecraft must provide power for supporting not only the weight of their cargo, but of themselves.

I like all the those ideas but I prefer thinking about this as far as huge ships construction:

Plus, I love his motorcycle

I dont think they should land, but could be hanged from something. Maybe also be held in the air by the inverted polarity tractor beams. Also the journey thru the atmosphere would be unnecessary, as we have jump drives like in a form of MJDs on battleships. Bigger ships could be using it to appear on a “landing pad”. Or ships could be using Jump bridge to a “landing pad”.
The structure on the orbit would bridge ships to surface, then they would be suspended and when ready to leave the surface they would be bridged back to space by the structure on the surface. Landing on planets, but quick and easy way.

I don’t think they are made to land, they probably don’t have landing feet. But it should be possible for most ships to land without taking too much damage. The Hyperion for example would probably tip over but a Macharial should somehow be able to land. But no, they’re not made to land, that would be pretty pointless cuz as a capsuleer you can’t really get out of your capsule. I have seen artwork of an open capsule and a capsuleer getting out of it, but I think a capsuleers clone body is pretty sensitive and couldn’t survive long outside a capsule without a lot of tubes on their body and stuff. So yes, the could theoretically land but it’d be pointless

I think a capsuleers clone body is pretty sensitive and couldn’t survive long outside a capsule without a lot of tubes on their body and stuff.

Not quite true really. A capsuleer can exist in such a state but the standard is that a capsuleer body is fairly equivalent to or better than a baseline body in most scenarios even outside of the capsule.

While I’m not always in direct agreement with her, @Elsebeth_Rhiannon has a fairly solid compilation on clones and other capsuleer related bits here.

Manason may be thinking of:

“The masked figure wore one of a hundred variants of the outfit of a space-adapt, one probably born to life in space, and certainly used to minimal gravity and a carefully controlled mix of breathing gases. The deceptively close-fitting garment’s fabric was advanced nano-weave material that incorporated a secondary, reinforcing skeleton and musculature for one unused to the pull of a planet’s gravity. The mask was a rebreather that filtered the air and provided only that mix of atmospheric gases the spacer would be used to breathing in a ship or space station. The mix of gases peculiar to Amarr would probably be intolerable to this person, let alone the dust, smoke and filthy exudations in the air of crowded Satach City. The police and soldiers, inclined to accept that this person had good reason to go masked, relaxed further on noting diplomatic tags at the shoulders of the loose robe the figure wore about their suit.”
Sine Wave Alpha

Capsuleer clones are likely designed to provide functionality similar to these suits, if perhaps more “built in” to the body. Specialization of purpose would logically dispense with hardware not related to floating in goo, but “capsuleers are Terminator-like gods” fantasies do have a certain prevalence.

after a certain point, if you can reasonably pay for it, you likely can have it, in some capacity in terms of a clone body’s functionality, even with specialization in mind, but that’s getting off topic