I bought a bronze pack.
Thanks to you, I have no choice to participate in the event. CCP

When you plan this kind of event,
Those who have already purchased them should also be considered.
You can’t participate in the event because you’re using it with money?

Events are something that everybody has to be able to participate.
Each should be able to choose his or her own participation.
Getting only users who don’t buy it to participate
It is a stark discrimination.
If that is not possible in policy,
The event plan itself is wrong.

I have inquired about this.
They claim to be innocent.
If he feels wronged, he should write on the CSM.
So I wrote with a translator.

Where? It still costs money on Steam.

Korean Service commemoration
I know it was an event.

The period is over.
The price is now shown as normal.

When the event started,
The application was free until February 14th.
I applied.
I was denied the event because I already paid for it.

I became a fool to pay and buy.
Don’t you think the event planning is wrong?

So, are you telling us there was a special free pack for Korean EVE players who use Steam, and none of others? The pack that also gives an in-game advantage (in the way of SP)?

I became a fool to pay and buy.

This, however, is a norm for Steam. There are several games that costed money before, but now are free. Nobody was compensated, naturally. 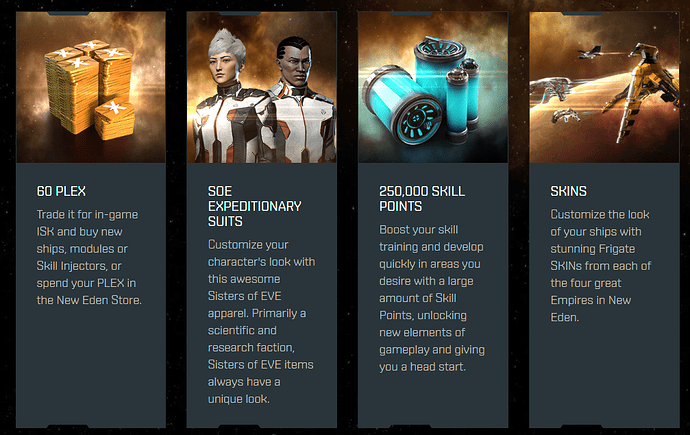 There was this benefit.

Well… to collect new users.
I think I can do it by marketing.

But you and me
Regardless of the country, users who have previously purchased the product cannot participate.
I think the event was wrong.

This, however, is a norm for Steam. There are several games that costed money before, but now are free. Nobody was compensated, naturally.

I just want to do it.
When planning an event
I want you to plan an event where we can all participate together.

Stuff like this happens all the time for different games, stores, products, etcetera. Argh, I can’t believe I ate yesterday because chicken is on sale today, argh.

Jokes aside, I’ve heard at least one person say he successfully petitioned CCP for a price difference after making a purchase a few days before a sale. Also, you can get 1 million free SP by using a recruitment link to create a new account. I know that doesn’t help with your current character, but if you get into Eve online, you’ll want more than one character anyway. They’re useful for stuff like market alts, scouts, haulers, cyno’s, dual boxing and more. You can use my link if you want.