Struggling to find something to login for

I didn’t realize they had take belts and rats out of null.

Filthy high/low sec player here. I abandoned null a few years ago after living there for almost a decade. I too loved the large battles, protracted campaigns, and the battles bitterly fought over border systems, but eventually you must accept that it’s gone. Our styles of play fade away over the years and we must find new enterprises to focus on or win eve forever.

I would recommend you look at low sec as an option instead of “struggling to find something to login for.” I have ■■■■ to do every day and keep it interesting by looking for other types of gameplay. Tired of ratting? Go WH diving? Tired of mining? How about high-end invasion content in the high sec system a few jumps away? (No capitals, but marauders/faction BS are used, and it is certainly not easy-street content.)

I think a big problem in eve is the mentality of “I’m not undocking for less than xx isk / hour.” The idea that it is below you to make less than whatever your best was is garbage. Get off your high horse and just take what you can get. “I ran a few DEDs in a loki, but the ISK is just garbage in comparison.” Duh. Nothing compares to super ratting, but that does not mean that it is invalid content. You don’t need to pull in the ridiculous amounts of ore with three rorqs on field and build a titan every day. You don’t need the hundreds of isk per hour of super ratting just so you can replace it when it blows up. Leaving null sec allows you live on a cheaper budget.

I used to spend all my eve time on stratops, ctas, adm fleets, and carrier ratting to afford the doctrine ships for the first three. I literally logged into eve everyday just to make money so that I could afford to go on fleets. Yes SRP is a thing, but it doesn’t cover the first ship – and it really hurts when they keep throwing out doctrines you need to buy and have staged. Oh, and when they stop using a doctrine they don’t buy the ship back. Now in lowsec I login and go do whatever I want, because even though it’s not null income, it’s still decent isk to cover what I need. Sure, I don’t have a Titan or Super right now, but let’s be fair - nobody should want to own those right now with what CCP Hilmar is about to do to them.

If you don’t want to win eve, then consider leaving null. I did a few years ago and will never regret that decision. I actually enjoy playing eve now.

PS. Shameless plug, if any ex-null players are in need of a good home, message me.

oooooh you spent that much time mining, maybe you should do something with the isk rather than hoarding it like maybe playing the game and having fun?
or… just watch netflix without eve in the backround?

The only constant is change.

May I have your stuff?

If you do not like the new risk level. Move as lo-sec has mining and can use cynos ect… 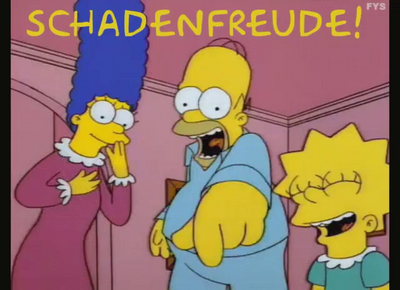 I can’t rorq mine, i cant super rat, i cant subcap rat.

The isk is so i can continue to be an active member of the supers group within my alliance. I play Eve for 1 reason only; to be part of the BR5, UALX type fights. I long for capital escalations every time I open reddit or join Mumble.

and yet, you dont use your characters to hunt or bait those sort of fights into being… ?
Blackouts the prefect time for it imho, what you lack my freind; is a spine.

Sounds like you jumped on the FOTM “end game” nonsense and don’t know how to create content for yourself. You expect it handed to you by others. Lame.

I long for capital escalations every time I open reddit or join Mumble.

Instead of waiting out such a cap escalation, why to try and draw one out? Take your rorqual, tank it well, and start mining in cyno range of a hostile cap fleet. If you get jumped you cyno in your friends and you get the cap escalation you wanted. If you don’t get jumped you’re mining at peace. Win-win.

I prefer to think

We do too, unfortunately you don’t.

You are the end result of the failed idea biggest ship is best ship and anything less than “endgame” can’t be fun.

Virtual assets…that is a rather interesting term to use.

Do you do anything with all these virtual assets?

so the point is to nerf isk generation in systems where the huge alliances can claim sov? is that right?

No ideally the best ideal is to make each system capable of sustaining a lot less people. Like WH space where there is limited ratting and mining.

so the point is to nerf isk generation in systems where the huge alliances can claim sov? is that right?

Instead of waiting out such a cap escalation, why to try and draw one out? Take your rorqual, tank it well, and start mining in cyno range of a hostile cap fleet. If you get jumped you cyno in your friends and you get the cap escalation you wanted. If you don’t get jumped you’re mining at peace. Win-win.

Lots of trash bait replies, but the above is a good point.

I’ve been dropped on loads, always stayed on field when bombers bar pinged. That’s the type of content i enjoyed, they were even fights. Cloaky lokis/stratios roaming to pick off excavators is the biggest deterrent in Eso right now post-blackout. People are mining with mining drone IIs which is risk free but with 3 rorqs you’re lucky to break 120m/hour.

I’m selling everything up on my pve accounts, should end up around the 200b mark. Migrating back to high sec to run t5s in frigs from Jita. Keep my subcap main in Test for pvp… At least goku fleets and roams through Detorid are easier to catch ratters (the few that are still out). Null is dead right now and people are moving to high sec or WHs to fund their pvp, that’s a broken design imo

Solo combat is the most exhilarating gameplay in EVE.
Every one who plays EVE, should learn how to solo battle.
Use cost effective ships.

As some have said drop the SuperCaps and go back to Subcaps.

The Capitals have limited use, and with the Supercap nulsec shields being ripped a new one with the Blackout, they’re even more limited.

So find some subcap fleets and have some fun.