I love Eve. Been playing for almost 15 years. For the past few years we have received a pretty good year end movie. What happened this this year? Other years we got a nice personalized year in review. Just not this year. This years movie was just an Eve advert spot. It did nothing for me at all. I Was bored to sleep in seconds. Surely, CCP could have done better as they have done in he past, right?

Other years we got a nice personalized year in review. Just not this year. This years movie was just an Eve advert spot.

I’m not sure what you mean.

Did you go to the EVE store and purchase some packs? Like this one for example:

Or maybe some skill extractors, or skin bundles?

I suppose you are correct. But I hardly ever post in the forums and this is important. lol.

Not sure why that would be a factor in the “End of Year” movie. I don’t see a relationship.

Well, if people bought some more store packs, maybe we would’ve gotten a better “year end movie.” Otherwise, not in budget, sorry. There was only enough money to make some more meaningless industry tweaks, patch out high-sec PvP, and have a nice big fanfest celebrating the “biggest upcoming changes” the game has ever seen.

We can try again is 2023. Keep that credit card within arm’s reach.

I pay for the game each month. Not sure what’s wrong with that. Not sure why I would pay extra for stuff I don’t need. CCP gives me tons of ship skins for free each week on their stupid daily give away thingie.

Because there is no relationship. That character is just trolling you.

Anyway, you’re correct. The year end video released this year was nothing more than an advert, and a cheap one at that…

…and here I thought I was trolling him…

I pay for the game each month. Not sure what’s wrong with that.

Absolutely not trolling you either. The message is genuine, just wrapped up in colorful wording. The point is, if people want stuff we had before, they’re gonna have to open up their wallets, because right now, there’s only enough money (after paying the people who need to be paid) to create new ads for players to buy more stuff so that they get more money. If you buy more stuff, then there might be some money left over for other things. Maybe. The people who are getting paid might want to get some extra money first.

I pray for the game each Sunday.

CCP gives me tons of ship skins for free each week on their stupid daily give away thingie.

I’m not sure if the idea is that I have the skin so now I should buy the ship…as I seldom get free skins for ships I actually have.

CCP should sell the year end movies in the New Eden Store instead of just spamming it to people.

That way, the people who like the movies could buy one for each of their alts, or potentially even send the service as gifts to their friends.

and u can sell video for friends

Aiko VIII: The Best Gets Bester

TBH I found the All-EVE Year End Video to be interesting, and it would have been something handy to have for the last decade to hold CCP’s (chest)nuts to the open fire…

That said, on a “keep your customers happy” perspective, it falls far short of personalized videos. The email print-out of a single chars stats is also useful, but of course CCP flubbed the implementation. “Good Ideas Executed Badly, Bad Ideas Implemented Quickly” appears to be CCP’s motto for the past decade.

I assume CCP didn’t create a smoothly automated process for feeding account database stats into the video creator, and instead opted for some kludgy mess that requires a lot of hands-on intervention to produce. And they’re likely short on staff or $$ due to blowing their wad on yet another useless side-project this year.

For future year-ends, players should be able to log onto the account website and designate a specific character as main. This absolutely should be done anyway and would likely clear up several other problems at the same time.

In an ideal world, they’d get the year-end video for either their main char or main char’s account, and the emailed stats-list page for each character linked to the subbed account. And CCP would automate that so it could become a standard feature.

Personally I can live without char stats at all, but it’s just bad business practice to set customer expectations and then fail to deliver. Not that that’s anything new for CCP…

Dolphins are stupid tuna and any movie staring Flipper should be banned from viewing at the end of the Year.

What about Ecco though? 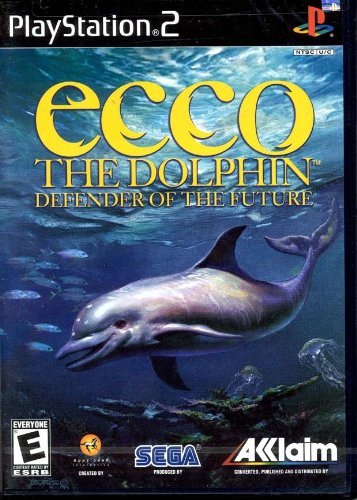