Suggestion for new class of ship

Since Carriers are capital ship that can only be used in Null Sec and some wormholes, I suggest creating a new class of ships called light carriers which can be the same size as battleships which can be smaller carriers that can be use in Kspace and for new players get to use fighters and don’t require joining a hige corp to fly one and not outrageously expensive. Light carriers can be smaller in compliment and lighter armed like in real life WW2 light carriers. Dradnoughts are just bigger versions of battleship. Why can’t we have the smaller version of the Carrier? Just a suggestion. Don’t roast me. 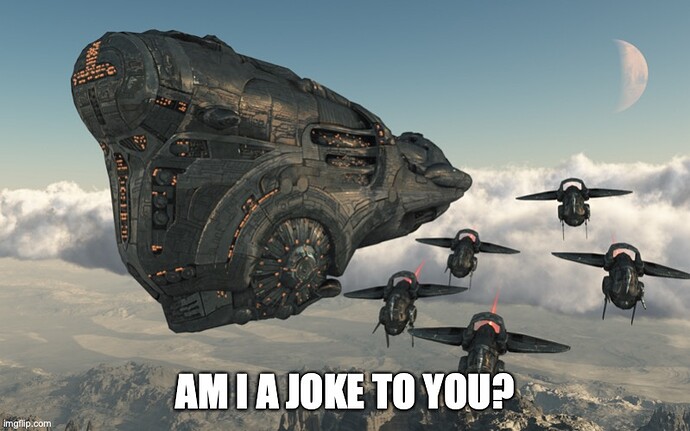 What you are looking for is called a rattlesnake it has the tank of a carrier and only has 2 drones you can imagine each drone as a fighter squadron because they hit hard enough to count as one.

yes I have seen a rattlesnake solo kill a carrier.

Hey, we live in the age of injectors, Starter Packs, and PLEX. 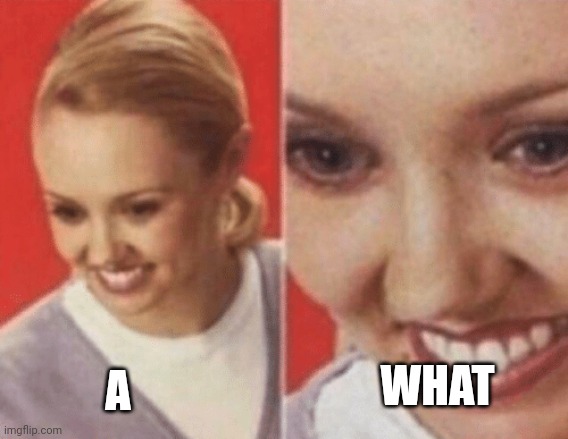 Just put a Gecko in the Rattlesnake and there ya go, it is a fighter so mission complete.

What about a mini Titan for newbros?

Wonder how strong it’s mini doomsday would be, I could so see that being used for ganking.

It should be as powerful as a normal titan so that new players aren’t disadvantaged, it’s just smaller in size, and it’s restricted to alphas only.

What about micro carriers next

Has Redacted Weapons which cannot be tested as it would react with the “nothingness” of space on firing and cause a mass extinction event of the eve universe.

This is the superweapon:
Hyper-Focused Tridecagonal Array can KO 13 ships ranging from sub-cap to super-cap instantly

Why can’t we have the smaller version of the Carrier? Just a suggestion. Don’t roast me.

Most people like having new gear, new things to fly, new things to try. So we do get “hey cool new ship idea” posts fairly regularly - that’s part of why you get roasted immediately.

The more practical reply to ‘new ship’ suggestions is to ask: “What game activity needs this? What would the impact be? What other ships already do this?”

The usual answer to those is “I have no idea, I’m just bored and want something cool and new to fly.” (Being bored in-game is a separate design issue from ships, though.)

I don’t fly Carriers but it’s my understanding they work in low sec along with other capitals. So your suggestion would really be “small carrier for high sec” - which is completely unneeded. As others have pointed out, a Rattlesnake or other high end drone boat with Geckos does the trick.

Now, if CCP was to shift the ban on capitals to 0.0 space and lower, then you’d have low sec to play in with ‘new, in-between BS and capital’ range ships. Low sec would probably actually be better off overall as a sub-cap battleground, but a few carefully chosen mid-caps might be interesting.

On a serious note I would love to see a capital sized hictor that lock’s down ships in a 200kms range stopping them from warping out for 20 minutes with a 30 min cd which leaves a 10 minute window to get out every now and then. With an aoe debuff that any locked down ship cannot be locked down again for 10min after it ends.

The capital ship cost’s are equal to:
10x that same race’s titan already built in its recipe.

But has the same gun, ehp and doom’s day abilities as 1.5 titan’s. So its stronger but it reduces cap proliferation in order to get there.

[!] Has polarized mining laser, does omni 1,950,509 hp damage to asteroids, enough DPS to mine an entire field in 1 cycle.
Bonus to all resists and ore bay, immune to ganking, has a Call Concord button, and an advanced autopilot that afk mines each system before warping to the next.
More info to come