The API and will it return

Will the API function return at some point and in what form, dowe have a time frame etc.

Going to be hard to do skill planning, fittings to say the least.

Unlikely to return save for a MASSIVE revolt from the players that hits the bottom line. They have been planning this change, and have been advertising this change for well over a year.

It was replaced 2 years ago.

The XML and CREST APIs are dead and will not return. They have been replaced by ESI

Introducing ESI - A new API for EVE Online Note: this devblog is primarily intended for third party developers and technically minded capsuleers. If you'd like to skip over the jargon, scroll to the bottom to find the TL;DR. Team Tech Co. here! We'd...

Many of the tools already have switched or have replacements. As mentioned, Pyfa 2.0 has ESI support (https://github.com/pyfa-org/pyfa/releases). There are multiple skill related sites and apps 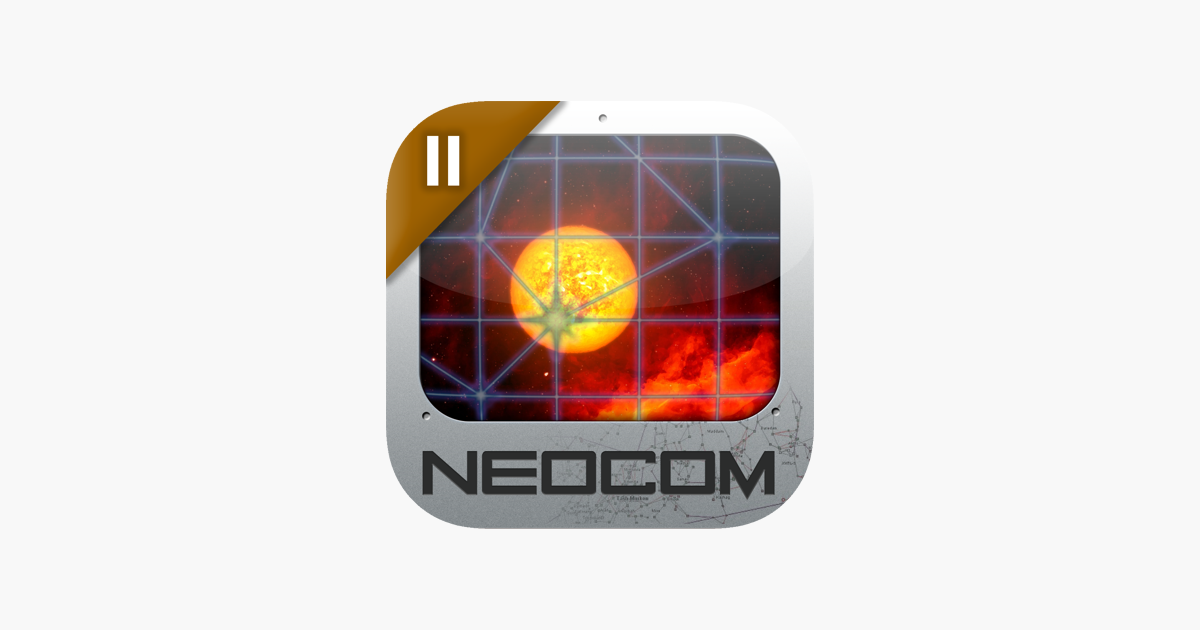 Expect more to come as the community replaces the sites that did not update.

Well, Why not in the small things thread ask for some of the functionality from EVEmon be added? For example, we could ask for skill plan fits, sort of like ship fits… Skill plans you can plan out, save, and load as needed.

They already are. See ship mastery.

Hope EVe HQ gets sorted, lost without it.

We have a forum section specifically to API stuff by the way. See here:

I haven’t had any problems with eveHQ at all. I just wish I knew how to highlight the skills that I already have in the queue ( if someone knows how to do that it would be awesome)

Skill monitoring is not the same as skill planning. And apparently the only tool that does that is iOS specific.

Skill planning should have been built into the game long ago . It’s absurd that it hasn’t been. This is like ship fitting getting built into the game more than a decade after launch. Any tool that 100% of EVE players need and use should be part of the game. This whole conversation should be about that, not whether there was advance warning. Nor should anyone think that just because the community has done built tools in the past that they’ll continue to do so in the future. EVE has leaned on community technology far too much and for far too long.

Skill planning should have been built into the game long ago. … EVE has leaned on community technology far too much and for far too long.

I have to disagree. While external tools are nice to have does the planning of skills really belong into the mental skill set of a good EVE player. It is one of those many little things, which create a distinction between players. It’s still a game and meant to give you difficult tasks, and not just about blowing ships up and having a laugh.

Skill planning should have been built into the game long ago .

Not when there are other development priorities, and especially not since correct skill choice is a matter of game knowledge and skill in the first place. Automatic and semiautomatic skill planning would no better than automatic primary target selection.

Here’s the other part… Skill planning isn’t just about what skills you will train next.

Being able to group or look at skills based on attributes used, then seeing the time it would take with a remap vs normal, then to keep planning and find more skills to add to fully cover the remap… That requires a lot of math an formulas that aren’t exactly common knowledge in game. And the formation was collected in one place that was easy to access.

Doing all that through EVE alone would be tedious. Evemon and others covered that gap nicely and have yet to be replaced with comparable.

Also, knowledge of third-party applications that perform necessary in-game functions should not be a distinguishing feature between newbros and veterans. That’s asinine.

To buttress this point…

Being able to group or look at skills based on attributes used, then seeing the time it would take with a remap vs normal, then to keep planning and find more skills to add to fully cover the remap… That requires a lot of math an formulas that aren’t exactly common knowledge in game. And the formation was collected in one place that was easy to access.

It’s just the same as the in-game ship fitting window. There’s hundreds of applicable skills and module/rig/bonus interactions when it comes to ships, so yes, an in-game ship fitter was necessary upon the game’s launch. The same goes for skill sets. It doesn’t have to be as powerful as [insert preferred third-party app here], but the basics need to be there. Right now it isn’t, and since that is a core game function, that does still mean this game is incomplete. It’s like a shooter game that doesn’t have a reload gun function. For a more topical example, Mechwarrior Online had a robust “ship fitting” window, so why couldn’t EVE?

As with PYFA, having an accessible basic function to help people in-game will not negate the need for third-party apps. On the contrary, actually having a complete game might make more people play, increasing the demand for quality third-party apps.

Skill assignment is a core game function but skill planning is not: it’s a means to an end. Pick your preferred method. Granted that it’s a quality of life issue, but it’s certainly not the case that without it Eve is unworkable.

Also, knowledge of third-party applications that perform necessary in-game functions should not be a distinguishing feature between newbros and veterans. That’s asinine.

Then feel free to spread the word: https://github.com/devfleet/awesome-eve. That list has been published far and wide, and is continually updated. Although why you’d think newbies and vets should be equal in their knowledge is strange.

This is already in the game. You can also see the time each next level requires when you queue a skill. You can also see, which attributes a skill group uses by holding your mouse over it. So when you know your current attributes focus do you only drag’n’drop those skills onto your queue, which fall into your current focus. It doesn’t require to know any of the formulas.

While it may seem like there are countless possible combinations does one usually only max out one attribute such as Intelligence or Perception, and puts the remaining points into a secondary attribute such as Memory or Willpower. You’ll realize that you don’t really have this many options once you’ve seen through the math.

That one can remap skills once a year is rather counter-intuitive to the whole of the game. Remapping and planning ahead for an entire year leads to very static builds, while the gameplay itself can be very dynamic and needs can change rapidly.
A new player, who plans ahead all his skills for an entire year, is likely bound to corner himself. An older player may know exactly what he wants to train for the first year of a new char, but this only gives more power to the vet than to a new player, and it’s not exactly fair. A vet already has got more skills. Why should he get to train a new char a little faster, too? … I’d rather have this whole remapping thing thrown out of the game.

Thats where vets are supposed to help the new bros. And new characters have two remaps when they start so they can do a level map for all the core skills to IV so they can at least not be flying a ship completely crippled by lack of fitting resources or what not. Then they have another if they want to adjust and get the few V’s to unlock other skills/start specializing a skill queue.

You better hope they will not try to make vertical text again there in skill training window.

Skill assignment is a core game function but skill planning is not: it’s a means to an end. Pick your preferred method. Granted that it’s a quality of life issue, but it’s certainly not the case that without it Eve is unworkable.

There is no appreciable difference between the two. I’m not saying EVE should have a built-in function that helps you perfectly min-max a character. But the game should include the basics of skill queue planning and probably attribute optimization for your planned queue.

For you to say “assignment is, but planning is not” is akin to saying “Waypoint setting is a core game function, but the route information is not. Figure out your own route, that’s the difference between veterans and newbs.” I personally don’t care how much map information is out there on third-party sites, if the game refused to give you basic route information it’d be a colossal and completely unnecessary pain in the rear that added nothing meaningful to the game.

And yet, there probably are third-party sites with map data that veterans know about that helps them with more advanced things that are not core-gameplay related. I’ve heard that there are sites that help you plan out jump routes for capitals. That’s not a core gameplay function because very few pilots will fly capitals, as opposed to 100% of pilots that have skills to plan out. And that’s before we even get into the more advanced map data like the “ships destroyed last 24 hours” or “pilots in space last 30 minutes” that might help identify hostile spots to avoid, or general experience that tells certain pilots they ought not to go certain places. Only vets really think to look at that data or have the experience to interpret it. Having a basic map plotter harms no-one but makes sure the game basics are there and playable. Just the same as having a basic skill planner would.

Although why you’d think newbies and vets should be equal in their knowledge is strange.

Although why you think having access to core gameplay functions is literally the same as being equal in all EVE-knowledge is strange. It’s almost like you were too stupid to understand what I wrote. But the thing is I look at how your posts are written and I can’t accuse you of not having the intellect to understand them. That I was referring (both directly in that quoted statement, and in my entire post) to having basic access to core game functions was obvious.

What I will accuse you of, is that you wanted to mount a stalwart defense of the poor, underappreciated veterans and you had to twist some logic around to accomplish that. Why you felt the need to go all Helen Lovejoy [WON’T SOMEBODY PLEASE THINK OF THE VETERANS?!?"] is honestly lost on me. But as I already pointed out with several examples already, having the game perform basic necessary functions doesn’t close any perceived gap between newbies and veterans. It isn’t about that and can’t possibly do that anyway because having access to basic and necessary tools isn’t the same as having knowledge and game experience.

My argument, including the one you quoted and feigned a complete misunderstanding of, was that basic core game functions should be equally accessible to every single pilot as a function of the game itself. Having access to the fitting simulator doesn’t imbue me with the same knowledge of ship fitting as veterans. It also doesn’t negate the need for PYFA for ship fitting in a much more convenient location outside of the game.