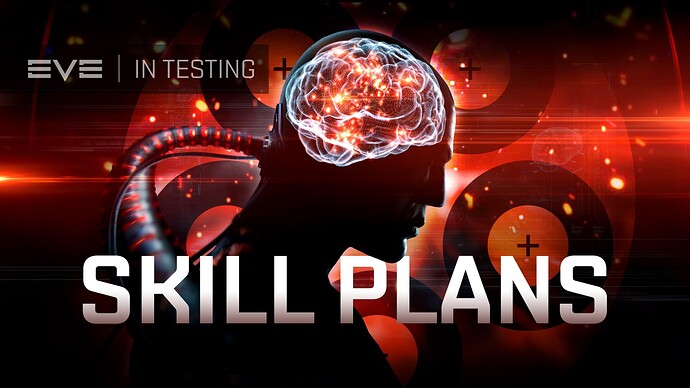 The new Skill Plans feature is now live on the Singularity test server and we’d love for you to try it out and provide your feedback in this thread!

If you haven’t connected to Singularity before it’s super simple and you handle it through your EVE launcher. Information here.

Please, for the love of god, let us collapse and hide the 3D character portrait on the new character sheet like we can do with the existing one instead of… collapsing the character sheet. Why would you reverse this behavior. My shitty laptop has enough problems running the game. Also way too much empty space in the skills window. I question why it has to be one of the new unstackable fullscreen windows or even a separate window from the character sheet at all.

The skill plans are definitely a welcome feature though and seem to just work so far. Especially great that we can share em as links. Will get a lot of use out of these.

Looking forward to these changes. Saveable and linkable skill plans have been a community request for a long time, and they’ll make helping newer players figure out what they should be training much, much easier.

The number of skills Increasing up to 150 in the skill plan is a very welcome feature, never ever expected this to change !!

hi yes, I liked it when I could collapse the skill categories into their icons.

and not have it take up so much space 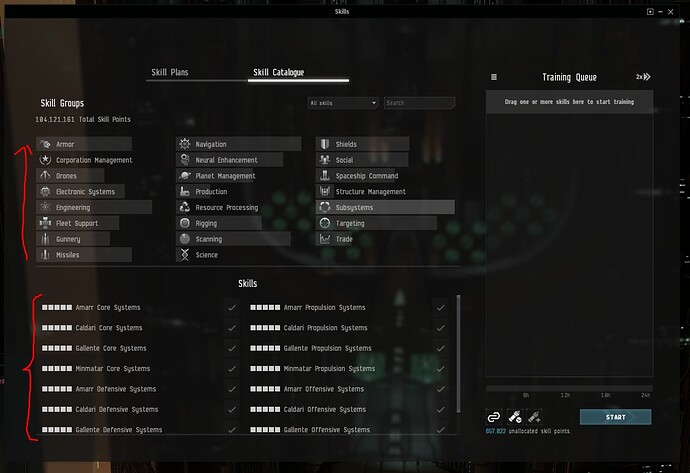 Also the amount of wasted space between the actual skills themselves is a lot. versus what we had on the old character sheet.

tldr remove all the wasted space, of which there is a lot.

Gotta say, from what I’ve seen of this new ‘skill sheet’, it’s just an added complication with a messy, unnecessary interface that adds yet another side bar button I don’t want or need.

Did I miss anything? Can you please fire your UI design team so we can get UI improvements that aren’t stupid? Cheers.

+1 this post. I wish I could access the training queue window without having to open a massive window with a ton of wasted space.

It would have been great if it was possible to drag a V skill and have I, II, III, IV be dragged with it automatically. Or at least have the option to select multiple skills and drag them.

Also the amount of wasted space between the actual skills themselves is a lot. versus what we had on the old character sheet.

tldr remove all the wasted space, of which there is a lot.

It doesn’t look that different to me, comparing this with the existing skill sheet. In fact, you can see a lot more of the skills here than you could on the other sheet, depending on how you had it sized.

It’s pretty easy to just click the + button 5 times in row - no dragging required, but I like the idea of being able to pull all five in.

Corperate Skill Plans you say?
So you’re making it easier to onboard newbros without needing to spoonfeed them?
HOW DARE YOU but also thank god!

Really excited to see your moves over the next year.

Do NOT release this as is. This needs MAJOR changes and player customizability before it releases. This is unacceptable as it is.

One thing that I personally think might be good is to add corp/alliance skill plans, to make it easier for doctrines to be shared. I could be another tab on personal skill plans, kind of like in the ship fittings window.

I would also like to see parts of the menu collapsible, especially the character viewer on the side.

Other than that I am really liking the new UI and Skill Plan system.

Although I do really enjoy the changes, there are some small tweaks that other folks have mentioned that I’d also really enjoy.
It’s actually just one.

The skill groups need to be able to collapse into just their icons like the previous system.
Without that option, it’s super squished in 1080p 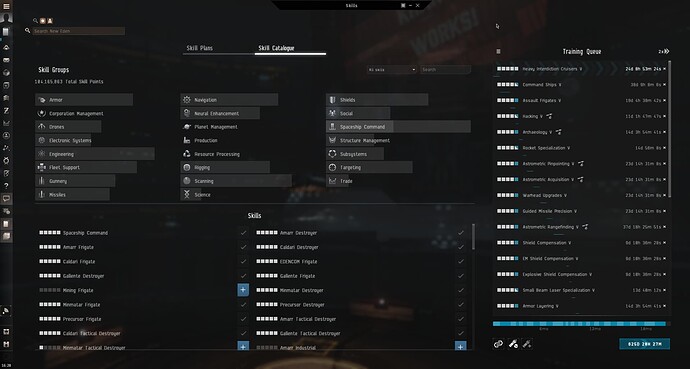 When you go to 1440, it gets spacier but the amount of information on screen doesn’t change in a meaningful way.
I’d like to see the entire list of skills rather than the big UI elements for catagories. 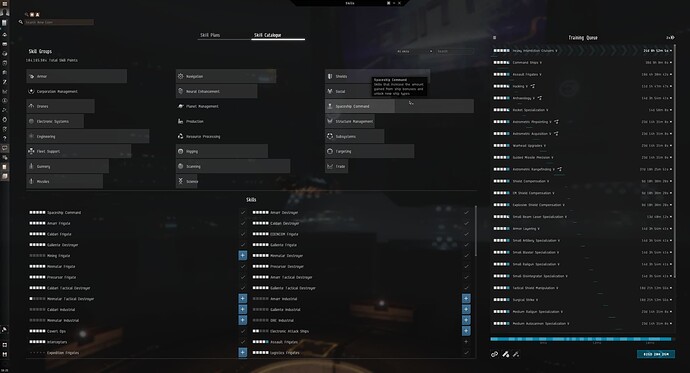 Further down in the patch notes they state corperate skill plans are coming!

I meant moving it around after you have added it to the list. If there is a 150 skill limit there is the possibility you would like to tweak it along the way

Please add a 2 weeks expiration date on the free 1 million skill points given to new accounts through the referral bonus.

The system is already abused at small scales to SP farm with alphas but is not efficient because of the 24 hour restriction. Removing the 24 hour restriction without adding an expiry to the 1mil skill canister will lead to widespread alpha skill farming, where individuals will make hundreds of alphas, train passively to 5 million SP (now with much less effort than previous), inject the referral bonus from redeem queue to hit 6 million SP, then plex for 1 month as a skill farm toon and cash in on the 2 extra extractors worth of SP.

The simple change of adding an expiry to the referral bonus SP will prevent this abuse.

I would expect that the order not be updated if the skill is already in the queue. This behavior would make it hard to change milestones or build a queue for something and then set the milestones after the queue is built.