as per usual, not even sure where to put this kind of content, so, the general public will have to deal with it.

CCP Do you play your game? FFS

The new release of the skill plan UI was super hyped, yay you can do all kinds of new things… Seriously, you’ve taken away everything we’ve spent (me at least) 17 years getting used to, and you’ve come up with this new thing, and give us no options, and quite frankly, given us more garbage.

At first i was like, cool, neat, shiny… Then, i actually started using it.

Second Complaint.
Every window in eve (industry, contract, market, literally every other window) has subwindow reshaping. you can modify the look and layout of EVERY single window in eve, except this neat, nice shiny crap you’re trying to shove in our face.

Third Complaint. You’ve taken away ALOT of data, thats quick and easy to access when dealing with the skill window. When i hover over a skill, i need to know how many SP it requires total, and how much i’ve trained thus far. This is for planning for skillpoint extraction, and also injection. when dealing with numerous accounts, this is required information that is needed in a timely manner (i buy my extractors, so i need to know how many to buy)

Fourth Complaint.
Literally every other window has some kind of icon size modification, think chat window, station guest window. These excessively bloated containers are an absolute waste of good real estate. imagine running 14 accounts on a 15.6" screen, real estate in a UI is extremely valuable, and there is a gross amount of waste. At least give us the option to resize the subwindow containers and or the skill category container sizes, make them proportional to the window sizing at least. The container size only really needs to be the size of the letter IMHO, anything else is a waste of real estate. IF you utilize some kind of common sense, you can get twice as many skills listed in the Queue, the entire Skill category list, and most, if not all the science and spaceship command sub category skills all in the same window of an 800x600 window. Couple that with the information displayed when hovering over the skill category containers, to the actual skill containers in either the skill queue and/or the actual skill sub category window.

Fifth Complaint.
Same thing with the Skill plan window. The Create plan window is horrible. Not only are the Skill Category containers too tall, and placed in such a way that they take up more of the main window’s container real estate than is necessary, but the milestone container is also wasting precious real estate unnecessarily. The sub category skill container is so small, you can only see 8 skills at a time, without sub window resizing, and just modifying the actual sub category skill container, you can get twice that, space them better and you can actually read them, and it look actually appealing, and not like it was pasted together like a paper manchette…

i digress, do you or any of the QC or ANYONE in CCP actually PLAY the game? CSM, where were you in this process? did ccp give you any chance for insight on what it’s like? if so, WTF, if not WTF CCP?

Sixth Complaint.
If you’re going to put out half baked crap like this, at least give us the option to chose between a new UI and the old UI (i mean FFS microsoft at least gives us this option)

Seventh Complaint.
For someone who has played with the old UI for coming up on 18 years now, This new interface is NOT intuitive by any stretch of the Imagination.

And no, i didn’t go on Sisi and test this out, if CCP would allow us to have accounts open on both TQ and Sisi at the same time i’d consider it. I understand the reasoning it’s not allowed, doesn’t make it less inconvenient to log out all of my active accounts just so i can play on a mirror server thats not actually a mirror (like, do you mirror each character at different intervals? Most of my toons stay together wherever i go, but on sisi their inventory and where they are in relation to each other are all over the map with no inventory consistency) and test out crap in the limited amount of time i have to play.

In conclusion, The idea and layout is a novel idea, with a bit of work, it can be awesome. I like the idea of new technology and mechanics implemented into older UI’s but you’ve got to use some common sense here, Real estate is valuable on a PC screen, utilizing every bit of it on a game like EVE Online is absolutely essential. I’m Happy you’re wanting to make changes, and add new features, just make them features that add to the game, and not make new and old players annoyed at clunky attempts to satisfy them.

you could have put this in the feedback thread, instead of following sheep and making another one about this.

and where exactly is the feedback thread?

new ui is really bad. does it make the game more difficult - yes. I don’t know how much SP is in each skill.

before it was pleasant for me to open the skill window and sit and think. now I only open it once a week. because it is very difficult. and requires a change in the scale of the game, but then all positions, window sizes are lost.

and I asked myself. is it bad enough to stop playing your favorite game? I like space. I like the fit window of the ship. I like the hold window.

but some interface elements have already been broken for over a year.

when they changed the font - I went and bought a new monitor. when the drop-down list disappeared from the icons, I had to press alt + j each time and select the agents tab.

I decided for myself that this is all very bad and makes my experience in the game difficult.

and just want to know - will there still be such changes to the game interface? because then I won’t be able to play anymore. although I really like the game.

please let me know. now it is easier to stop and delete the game than in a year

[1908Background] Good day, A new monthly update (Version 19.08) begins today, and to keep things organized we are creating a new set of feedback threads. Please use them to discuss all the things released until in this version of EVE Online. Quick Info: Full Patch Notes Other Information Threads: Known Issues Feedback and Known Issues (Mac)

The biggest issue; one that WILL affect their bottom line, is that there is no longer a progress bar on the skill you are currently training. Progress bars are a core tenet of RPGs, it is what provides the most immediate dopamine drip and anticipation and they removed it. You also cannot see the seconds tick away on the skill you are currently training this removes the secondary/ancillary dopamine drip and anticipation.

That is not to mention the mismatch in aesthetics.

Implement a UI API like WoW has; Lua is popular and easily layered over C; or expose some of the UI so we can implement our own XML like Evequest, Neverwinter Nights and other RPGs.

I could, and would, design a better UI in an afternoon; read more pleasing/matching aesthetic, and better functionality.

CCP Do you play your game? FFS

No it appears most of the current group don’t actually play the game.

EVE has always been a game where the players had to adapt. Once more, it doesn’t divert from that.
Character UI isn’t so bad. I like it.

CCP, do we get the training speed information back? or do you hide it, because you want that people dont see how slow they are training and buy more injectors? or remove the stats completly then…

Previous skill interface was pretty good. Skill classification system based on their use as it was in previous iteration - not classic EVE Online true Sci-Fi scence classification + compact observing catalouge was simple enough for understanding by rookies and explaining to rookies by academy instructors. Saying that as a academy manager and instructor with 6 years of expirience (overall EVE experience 14 years).

Skill certificates are still useless since they was implemented years ago! Just ‘let them go gracefully’! 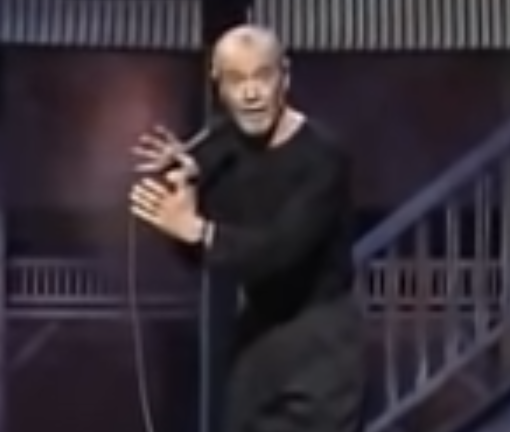 Don’t even try to imagine EVE skilling system anywhere in Neighbourhood of any mobile-crap “pay - not wait” stuff! At the moment when someone anounces that on meeting be sure Nurgle has taken his soul and all those who follow will soon rot into a plague servant demons to spread disease and suffering over your office!

An attempt to try implement degeneratic Echoes “Ship Attempt Tier System” to non-degeneratic normal EVE will clearly be the last drop for me to leave New Eden forever not just for or year or two as it occasionally happens.

training speed is there.

Look under Information of the skillbook, and look at the blue + sign off to the right. indicates how many SP’s per min.

edit… OK— this is horrible. ccp did not improved it, they made it horrible. now you need to do more clicks to see the informations, that you had before on the screen. CCP this effictivnes of wasting your ressources…
edit2: and where the hell we have to know it, that this information be found there…

The progress bar is in the (default position) upper left corner of the sidebar.
It’s bar on the skill queue button like the overlaid bar showing how full your cargohold is.

I feel like I’m chasing you around the forum… Hi again!
It reminds me of a book I forget the name of where one of us is supposed to ask “do you like my hat?”.

Anyway…
I think this is another great place for this subject to come up. If it’s everywhere it becomes increasingly impossible to ignore.
The possibility that the problems could be fixed is something I think is important, having a combination of fixed problems and new features would be friggin awesome.

See you soon in another thread!

And clowns like hammering plastic nails with rubber hammers.
I hope you aren’t serious… I don’t want what I just said to seem like I meant it at you, it’s just what I think of the new UI and how much less useful it’s become.

and just want to know - will there still be such changes to the game interface? because then I won’t be able to play anymore. although I really like the game.

please let me know. now it is easier to stop and delete the game than in a year

Don’t delete it yet, there is still hope. They have done things in the recent past that we haven’t liked and they put them back the way they were. There were changes to drones for example that no one liked and they fixed it really quickly.

Personally I do worry that they not only won’t fix this but are planning on doing it to the whole game and if that happens, or really begins to look like it’s happening than yah, it’s time (at least for me) to do something else. Honestly though I think (and hope) they will make this optional so that we can use it or the old skill sheet, if they do that AND add the new stuff to both it would be awesome.
To me, that possibility is good enough to keep me playing while they work stuff out.

I don’t drink alcohol and I don’t do drugs. Try again.

I lost the will to train any skill.