The Finality of Triglavians Capturing A Solar System

I have watched the Triglavians harvest New Eden suns. The horror of the darkness of that dreadful abyss consuming the stars and nebula’s, forever. If the Triglavians harvested their suns like they do the stars of New Eden, a larger problem does exist. If anyone has ever been in an abyss is it just that, a pit of Hell. The gravity will crush a pod in minutes, but yet, even though we travel into the abyss, the filament has a special way of ensuring that the Capsuleer in the pod remains connected to the closest station, the filament, and the Clone Center. Otherwise the Capsuleer would be consumed inside of an Abyssal site the moment their clone ceased to exist.

Where did all of the suns and nebula’s go to that are part of the Triglavian Universe? Did they harvest everything for their civilizations existence, leaving behind shattered solar systems that we see every time we venture into an Abyssal site? If their agony and suffering is because they stripped their Universe of the energy of their stars and are doing the same to ours, what do you think will happen to the solar systems they capture and then strip the energy from the captured sun?

The slow erosion of the solar system into an Abyssal system. At first, the stations and Citadels in the captured system would last maybe a few months, years maybe. But overtime as the captured system slowly merges with an Abyssal system, the abandoned structures now only visited by thieves and murderers looking for a safe haven or the foolish Kybernaut, oh those foolish, foolish children. Fresh and lively, seeking a change, they too will one day became like the structures. Once proud members of New Eden, but now only darkened and wrecked shadows against the brimstone of the Abyss.

Over time the Triglavians will consumed everything in the solar system, nothing remains, except the single star of the Triglavian’s star, around which orbits her. With nothing left in the captured solar system, the once mighty star blazing life into it, now only a rude bridge to Void space, that space that existed prior to the Big Bang, now the Triglavian shell from whence they would inject their life into, extirpating ours.

Right brush up on your data on the trigs. Firstly they lived in real space, This is what they call the ancient domains, They were forced out of empire space and likely WH space by the drifters. Then they had to live in the hellhole which is the Abyss. Did they want to live there? Hell no that’s like saying a Mitari wants to be an amarr slave they literally had no choice.

Secondly the trigs are trying to save everyone that is left on planets in final liminality systems. They aren’t leaving people to die. It might be colder but for the people of New Eden to survive they must adapt.

Kybers are not welcome in the home of any New Eden Capsuleer. You expect us to forgo the demise of our own Universe to satisfy the longings of your tepid and insurrectible debacle of making New Eden your own. Your history is a lie. The fashioning of a mighty empire that long destroyed its own empire as you chase down and destroy those Creation has favored.

You didn’t even acknowledge how bad your info about trig culture and history is. No matter how hard to paint the trigs as evil monsters the more enlightened of us realise that the view you subscribe to is false and very black and white.

The Trigs didn’t destroy their own empire either, It’s thought that they are descended from the second Jove empire (Cough cough the only reason why capsuleers even exist.)

Ms. Caldriea, the Drifters didn’t exist when the Triglavians fled to the Abyss. Their predecessors the Tyrants did.

The Tyrants are drifters however are they not?

The Tyrants were Jove. The ruling body of the Second Jovian Empire.

I was in Raravoss today after a odd exploration mission to Thera with two other members of EDENCOM. Eventually I came to Raravoss and decided to see what could be see.

In the following images, the trained eye can see a mountain range with flowing dust peaking over the tops of them. I observed this formation for about an hour and even used the zoom on the hand controlled flight camera to zoom.

This photo definitely has a planet surrounded by a ring of circumstellar dust, maybe with a smaller planet orbiting it to the right which account for the large build of dust. 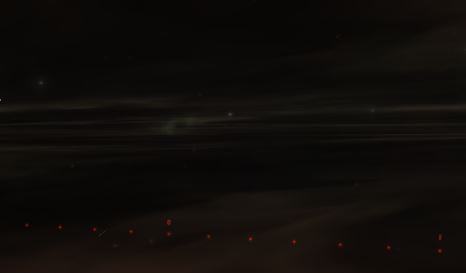 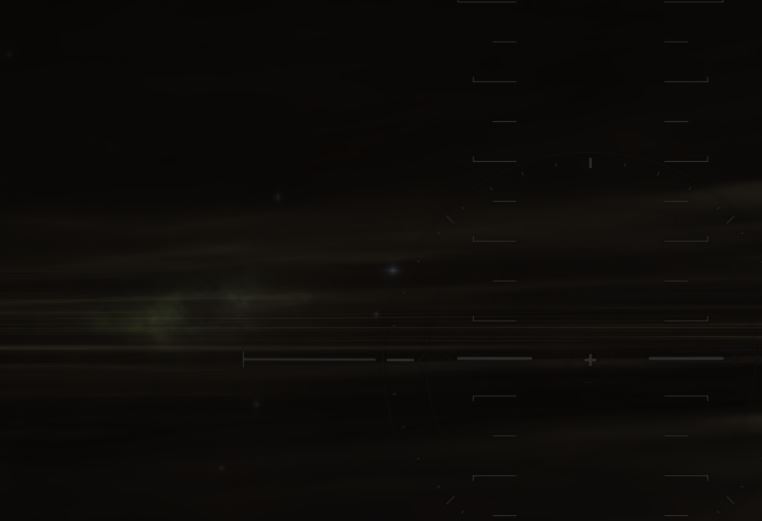 I think what we are seeing is what the Triglavian call “The Flow” Each distinctive mountain range. a holographic database of mountain ranges from various Triglavian home worlds in the Abyss. The plains near the bottom of the image are always divided by a line of dark space that the Flow never crosses over into.

I’m convinced that Raravoss is system wide holographic projection of various Triglavian homeworlds as no two mountain ranges are ever the same, but the projection always appears in the same place on the horizon.