Formed by a Katothen, a small capital-heavy PvP corporation, and Lunar Legion, a casual & newbro-friendly all-around nullsec corporation, Total Eclipse is a highly ambitious alliance which was formed in September 2019. In our four months as an alliance, we’ve accomplished quite a lot – we’ve taken control of and secured ADMs in two systems in Providence, grown from ~10 real people to almost 50, lost a system to a badly timed transfer, we’ve amassed a decent amount of structures, we’ve formed an industrial strategy, and we’ve enabled partial SRP.

Total Eclipse is the newest holder alliance in Provi-bloc, one of New Eden’s oldest coalitions. We operate under the NRDS (not red, don’t shoot) rules of engagement in Providence and Domain, and NBSI (not blue, shoot it) everywhere else. If you think that’s a content killer, you couldn’t be more wrong. Unlike most alliances, we have reds within a few jumps of staging at all times, so we don’t have to travel far for a fight, and we’re able to shoot almost everyone outside of Providence/Domain (our allies rarely travel far), so NPSI fleets are a target-rich gold mine for our members.

We believe cultural fit is essential. We’re not looking to be an alliance which just recruits huge numbers of corps to get asses in ships, we’re looking to bring onboard corps who share our attitude to Eve. We’re not an ‘elite’ group, but we definitely look to fly competently and improve our play, we’re interested in corps with theorycrafters, out-of-the-box thinkers, and with the ambition to build a regional superpower over what could be months and years.

We believe in collaborative & communicative play – whether that’s helping each other with ship fits or ways to make ISK, writing guides on areas we have expertise in, taking fleet roles the FC needs, or helping with anything our alliance mates have going on IRL. It used to be said that no player ever built a titan alone, and whilst the age of Rorquals has rendered the statement obsolete, the ability to work together is essential to accomplish great things.

What can Total Eclipse offer you?

What do we need from your Corp?

Capitals, supercapitals, and nullsec experience are a PLUS, but not required.

Sounds awesome! How do we join?!

Our killboard is here, and our Discord is here. If you’re interested in bringing your corp in, or if you just want to hang out and play Pokemon on Discord, come talk to us!

One of our allies made a cool video, I thought I’d share it. 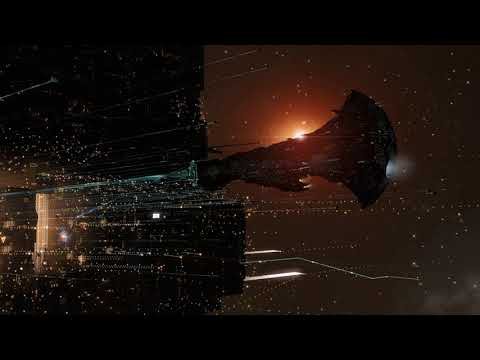 Back into the top 10 alliances in Providence after a quiet week, we’re active and we’re growing, come be a part of something awesome.

Tempted by a megablob for the dank moon goo and the capital ratting?
Want good fleet fights but uncomfortable with TiDi and obnoxious travel times?

You don’t have to compromise. In Providence we have fleet fights with (usually) no TiDi within a few jumps of staging, we have our own sov space where your members can rat and mine, and we have r32 and r64 moons and structures.

We’d like to welcome Akkoro to Total Eclipse as our newest member. Will you be next?

Still looking for ambitious and active corps to join us!

Still looking for corps who want to do big things!