MOONWIBE > Old players don’t pay thier bills(Bcz they don’t give a ■■■■ about plexs) want new players to pay(buy pecks buy subs), and you want new players to learn your boring game(Cut 1 hour content to 3 pieces and let people frustrated or lose their ship to slow down their jounery so they can keep subing, or buy pecks, or you are not man enough) and you don’t want them learn quick(as i said some intentional design) so they can join the game more quick so don’t pay. And you say you want to the new players to join the null sec corp be a dog to someone, Have a older player lead you even he don’t pay his bill, converse charge design, let a guy play longger than you be your HR in a game. So much bs. This game is ridiclous with so much flaws.

Few topics if you want your game survive:
FPS content, let the ship can actruely fly in the space.
Let null sec old players bleed, There is no way you can enjoy null sec and not bleeding as an old player, let old players(your loyal customers) pay the bills not the new players
10M sp for a new player in this game right now is a start. Don’t give them bs 400000 sp in AIR and said we tried. A new player unless be lead to train the excatly content like excately some faction T2 BS and excately faction T2 weapon( Then it should be considered as an old player knowing this game). 10M sp for a new player is a start if you want him try all the topic you create

UPDATE*
abyssal without warning, ye i know you have WARNING: WE WILL LET YOU LOSE YOUR SHIP
Can jump in can’t jump out? Find can’t defeat them can’t just go must to die with pod? SO REALISTIC in a space game. Change a way to squeeze player’s money.
No guide just list tire, bait new player to play abyssal in AIR program T0 to force them lose their first 10M ship in the follow to charge money buy pecks. REALLY good.
Baiting T1 crusier to go in, says we allow T1 and T2 tech.

The best new player tutorial is always going to be other players.

I’ve tried to talk friends into playing Eve or trying it again, but it has such a reputation of consuming so much time, or costing so much real life money, or having too steep of a learning curve. “Big brain game” and people would rather waste their time on something more accessible.

I do wish I could talk more friends into playing.

Compare to other games it just want to play longer so you can pay you subs and slow you down blow your ship up and make it more ’ i don’t know what to say, just expierence the game’
And you think that’s cute. I have no words to say.

I heard a lot about this game so hard so real, ‘not accessible’ ’ Big brain’. Not its not. its not real in everyway.
its most economic system its a joke like 3 years old playing monopoly, and monopoly will be more reasonable, like Abyssal can’t go out, like pod unlimited lives, like so much T2 product materials its not real or close to real at all. Bcz in real life it will 1000000 times real in this game. It’s like the ways you mining 10* the materials you get 10* the way you can hual* you way you produce your products 100*
I can think so much ways to improve this game right now just more like this to ‘accessible’
compare to other games standards just to enjoy a game, it use flaws to get you cover its flaws, i think i played some hard games, this game just not fun in everyway compare to so much things. Bcz it just cut to pieces, 15 minut1es content in other games it cut 3 months content to cover its flaws so you think its hard and you can bear it, good for you. That’s why most us don’t give a sht and don’t paly this game anymore. Like a wise adult not someone instead thinking other games standards ‘accessible’.
If it worth play, we will play it. But compare to its content its design its flaws. No

I know this category, so i will ignore most replies. 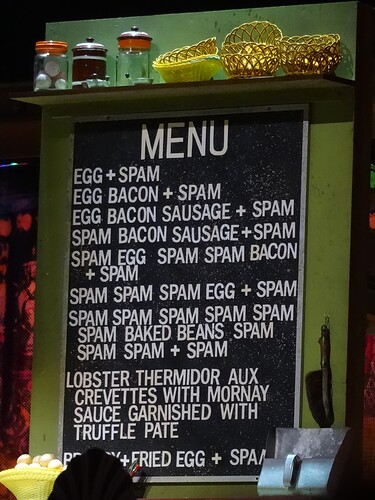 Started playing in 2015. I get into a lot of different stuff, but probably still haven’t touched half of what this game has to offer. I also make crappy YouTube videos,

Have a bad day Jones? keep replying posts in 8 hours i went to sleep. LOL Self-awareness is a good thing. Y just not worthy.

That’s why most us don’t give a sht and don’t paly this game anymore.

You don’t care so much that you’re trying to cram this thread in everybody’s throat.
You hate the game and the devs, we get it.

Okay, you are a… unique individual, but I don’t think you’re a troll. So, let me give you some advice.