[Triglavian Invasion] Otanuomi Conquered! The Caldari State loses a third star system to the Triglavian Collective in little over a week

YC 122/08/12
16:30 - Otanuomi - The Forge - entered Stellar Reconnaissance; Triglavian aligned capsuleers (Kybernauts) led by The Stribog Kybernaut Subclade, spearheaded the assault against the system assisting the invading Triglavian forces against the Caldari Navy. The system was held by the Kybernauts, virtually unopposed, for many hours.

YC 122/08/13
2:55 - A small skirmish breaks out between Electus Matari and the Kybernauts, both groups continued to harass each other until the system entered First Liminality.

5:35 - A bug prevented the system from entering First Liminality till shortly after downtime (sorry for breaking character), costing the Kybernauts several hours of progress in the system.

17:56 - Otanuomi entered Second Liminality. Arsia Elkin, EDENCOM FC, led a small task-force into the system successfully holding off the Kybernauts for several hours. This would prove instrumental in allowing EDENCOM forces to gather for an assault against the Triglavian World Ark.

YC 122/08/14
00:45 - Electus Matari and Phoenix Naval Systems engaged a Triglavian World Ark, driving the ship back into the Abyss and giving momentary pause to the invasion. An extremely large amount of salvage and materials was obtained from the World Ark and its defenders, providing considerable capital to the EDENCOM forces. However, this victory was short-lived as Triglavian Zorya fleets destroyed the Caldari Navy forces in the system.

1:51 - Otanuomi entered Final Liminality. PNS and EM continued to remain active in the system in an attempt to destroy the Kybernauts still in-system but were ultimately unsuccessful. The stellar transmuter remains under construction and awaits the arrival of a Triglavian World Ark. 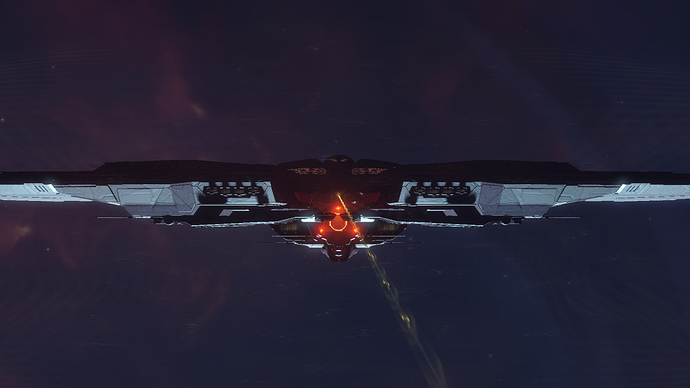 What… No but the em hole was fixed right?

How could we take that system now.

Stop trolling, you know quite well that it was more than just the EM hole, it was also due to poor application and that the electronic warfare used, ECM, is pretty much useless.

Here is an observation made by one player.

Could you post a link that complains about the ECM before the change because all I saw was people complaining that we exploit the ECM hole even though the majority of ship we fly are triglavian and don’t do em apart from drone dps.

Also could be the fact that any ECM npcs that appear are primary so don’t last long enough to cause an issue.

Edit: not saying there isn’t any post I’m just saying I didn’t see anything much.

Also ECM has no lasting affect. The npc is killed the ECM stops. Amarr npcs have already drained your cap so unless you have logi with cap transfer it takes time to regain enough cap to do anything again. Not saying it’s a long time but it’s enough to make the dps output drop.

I am picking up on these points after getting involved in Otela where I was helping friends against this invasion. I noted what Edencom players were talking about in Otela, and I observed multiple Edencom NPC fleets getting wiped by Trigs without killing one Trig NPC in return.

The Edencom players told me (not sure why you want links?) that it was due to the EM hole in terms of Liminal rats that do ommi damage and the application of DPS by the NPC’s were weak as there was no webbing of the Trigs. I saw no reason to doubt them after what I observed.

ECM is not a very good E-war in this type of NPC fight, I am also pretty sure you know it’s limitations in PvP. I am not sure why you are asking for a link when the limitations of ECM as an e-war are so well known.

What is telling is that when left to their own Caldari NPC’s get decimated pretty quickly, and if I understand it correctly, it is really bad when Liminals arrive. Without any doubt the Caldari are not in a good position against Trigs even with this adjustment in the last patch.

My position is that the players in Otela have a justifiable beef with CCP over this poor balance that resulted in the loss of such an unique system. 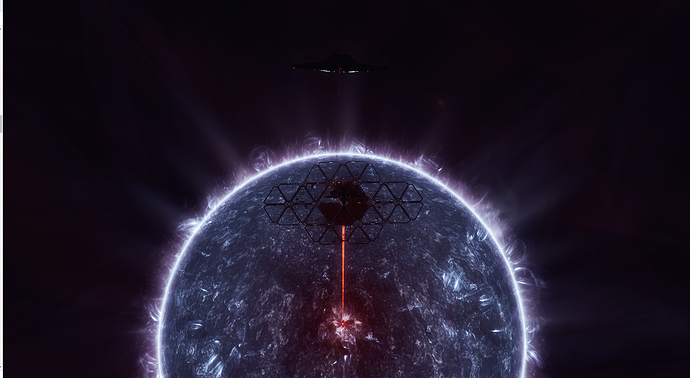 Dont care, they ruined fw with this crap. Between this and incursions its damn near impossible to travel in lowsec. They ruined several trade hubs. While there is 0 triggs in nullsec. Think about that