Just read the article about the Fanfest and noticed this

How useless of an update. 90% of eve is played in tactical mode when the camera is so far away you can’t really see any ship models, so why spend valuable development resources on reflection.
Eve is like a very very very old wrinkly person in a serious need of a plastic surgery and there are so many areas that could benefit from a graphical update such as

The circle thingy has been changed several times since the day Eve was released.

That’s great!! The ships are finally going to look like they are part of the environment. Once it’s implemented I’m going to fly to a blue star and admire the artists’ work for a while.

90% of eve is played in tactical mode

Yea but it’s that 10% that makes it worth it.
Quality, not quantity.

I like the idea of ship reflecting spacial effects but am wondering if that will up the specs? My desktop is really high-end so it should easily handle it, but the laptop I take to work for playing EVE during my lunchbreak is an older i3 with UHD graphics. If it’s a feature that can be toggled off on the UHD like the explosions and asteroid environments, that’s fine. The asteroid environments are toggled off on the laptop.

Not that I don’t have the money for it, I just noticed my local computer store is offering laptops with Windows 11 and I don’t want to use that because some of my work-based development tools won’t work under Windows 11.

I’ve heard of reflective surfaces before, on cyberpunk graphical previews, is this also going to require the RTX feature from certain cards?

what happened to this? that looks amazing and much more slick and modern than the crap UI we have today

did it die along with the “walking” in stations?

It went where all of our hopes and dreams go after they die.

Surely the first graphic thing CCP should sort out is the horrid over-brightness of some areas. When I visit corp HQ in Oipo the background in some areas is so bright that it makes reading the Overview really quite hard.

Whiners will whine about anything. Selfish princesses who never got told no when they were young are the modern disease.

This has been brought up many times every year. Our CSM reps tell CCP, but then we never hear back. @Brisc_Rubal @Mike_Azariah

My working theory is that high-end graphics cards don’t have this problem and it is only people who have lower-end stuff that see the washed-out ridiculous whiteout-in-space.

a redesigned ship control UI. The ugly circle thingy has been in eve since day 1. How hard is it to give it a refreshing look?

Be careful what you wish for.

Be careful what you wish for

Or are you not in liberty to let slip even a sliver of info?

My uncle is a product director at CCP, and he gave me a sneak peek at how the new UI is going to look like next year: 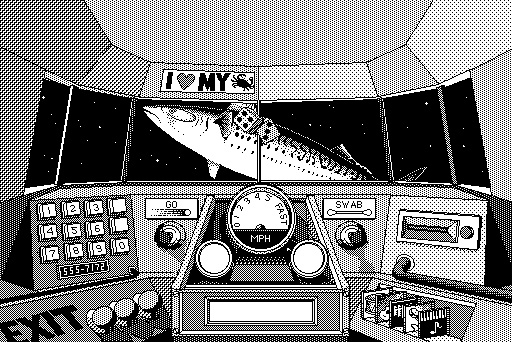 Don’t tell anyone I showed this to you, though, or he will get very angry at me!

Every time CCP touches a UI item or anything related it gets “streamlined”, looks out of place, makes very little sense and loses utility. Just because some clown wants pretty colours doesn’t mean it’s a good idea.

Or are you not in liberty to let slip even a sliver of info?

It means be careful what you wish for.

CCP likes to grant wishes, but they never grant them the way you want them to.

Every time CCP touches a UI item or anything related it gets “streamlined”, looks out of place, makes very little sense and loses utility

It means be careful what you wish for

CCP likes to grant wishes, but they never grant them the way you want them to

I gather… all I had to see were the changes to mining to understand that. Good thing I’m not a miner…

Before you make too many wishes, refer to the story of the Monkeys Paw

The Simpson’s version, where he wished for a sandwich?

Can you take your toxic attitude somewhere else. You contributed nothing to the discussion except your stupidity.