Well, apparently you can't get 1000 killmarks

Once long ago, she was a proud ship in a capsuleer alliance. The TCS Vesuvius would regularly patrol the vast regions of low-sec with her majestic fighters patrolling the skies.

That all changed when the crew flew through a mysterious nebula, for over a year the ship was missing and declared lost in space.

The Lucifer continued her reign of terror, spreading from the depleted hunting grounds of Pynekastoh to the region of Asakai.

Asakai has always had a haunted past, space wreckage and corpses still litter its vast region of space. When the Lucifer arrived, it only made the nightmares and legends more terrifying.

There were many trophy hunters seeking to end the reign of terror…Pandemic Legion, Goons, Snuff, No Handlebars, and countless others…all have failed, and the hunters themselves mysteriously wrecked with maddened survivors raving of the terror.

The blood Raiders themselves took interest and many have made a pilgrimage to worship whatever dark gods powered the craft. None have ever returned…save for one witness who declared that each ship’s crew killed was harvested and painted onto the side of the ship as a killmark.

Today, she has reached her 1000th killmark. Space around Asakai begins to change, becoming thick and foreboding. It is foul. It is unholy. It is the Herald of the Blood God…The Lucifer with a chilling proclamation broadcasts for all residents of eve hear these unholy words.

“Blood for the blood God. Skulls for the skull throne.”

What can I say? When Skynet first came out, I was in love. It was my dream, being able to fly the carrier and use its fighters like in a combat scene in wing commander.

Then it changed, but then - I adapted. Every Sometaww is able to fly the massive supercarrier first named the Vesuvius…and after the abrupt screams of 500 pilots, re-named the Lucifer. Eventually after a while, she reached 1000.

I was like the killer croc. Long as you left me alone, you were fine. Venture into my domain, and you died. Horribly. You were held down by a ship that is built for tankiness and speed. Neuts are useless. On the fun side, you were jammed too while held down for the Lucifer.

However, my one great disappointment, is this. Why in the world is there nothing for 1000 killmarks? I’m permanently stuck at 999. This is a HUGE disappoinment.

I hope CCP Falcon is reading this, It would be nice if you prod them to at least do something special. Maybe a huge flaming skull or something.

I evaded hunters from all parts of eve, even snuff. 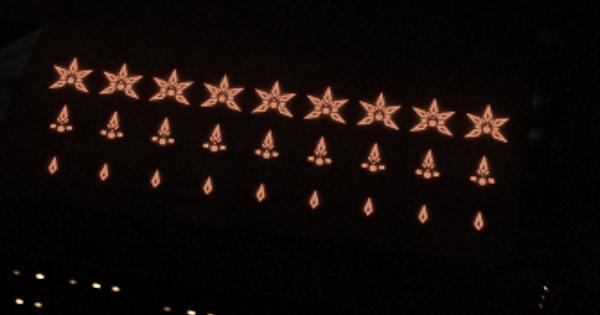 A picture of the Lucifer in all her glory

I must admit that I do appreciate this story about your Hel !
After watching some videos, it does appear that this old lady is not the only one out here, but it did interested me in solo supercarrier PVP… Well, I’m still struggling in a 2v1 for my side in an Hurricane against an Ishtar, and the hull alone would cost me two limbs, but some day!

How many of those killmarks were Bantams?

How many of those killmarks were Bantams?

I think the important part @CCP_Falcon should take away from this is that we need to modify the killmark system to only count kills so many classes below you, for example only go 2 classes down, meaning a battleship could get marks for killing a BC or cruiser but not for popping frigates and destroyers, for super carriers that would only extend down to other capitals, would actually make killmarks mean something more than “Oh look i farmed a bunch of frigates in a hel”

“Oh look i farmed a bunch of frigates in a hel”

I am wondering whats next that CCP will be able to make a possibility? Maybe farming interceptors in Titan? Of course using guns.

I used to catch tasty battleships, battlecruisers, HAC’s, T3C’s, and even a carrier. However, given that region is huge with Snuff…who will drop anything bigger than a destroyer with a titan gang, like the spider shelob, I have to contend with small trinkets.

The fact that I was within their jump range and a measly 2-3 gates away…right on their doorstep. I lost count on how many times they tried to catch me

The bantam was one of my favorite ships to bait with. Those logi frigates have very good scan res.

Eh, quite funny. But according to what some people around here say, it’s quite damn impossible to roam in a ship bigger than a cruiser without getting hotdropped by a full supercapital wing in Lowsec ^^"

How did you managed to go around them ?

Multiple alts, and that every sometaww can pilot it. You never know which one is using it. Clever game of chess.

Literally sits in the same system every night baiting T1 frigs to drop a Hel on them. Actually boasts about it instead of feeling shame… Yeah.

or, even better, allow caps and supers to travel through low-sec, but disable their weapons/fighters when they do. defensive mods only (IE, if it would give you a weapons timer it won’t work. so no boosts either).

Fixes the issue of cap/super oppression in low while still leaving it as a viable travel route, but with extra (or different depending on viewpoint) risks attached.

Yeah right. You do understand that travel fit capitals doesn’t have the align time of an Interceptor, right ? They just need to be pointed by a HIC and here goes 11B because they couldn’t defend themselves.

The point of making one sided fight. Woah. Great. Marvelous. Really what we need. Congrats.

of course it will be onesided and it will work:

So its like keeping the plague in control. Diminishing caps amount sometimes and keeping low sec free from them usually, so subcap PvP can be again good fun, not spoiled by caps blobs.

If people will want to defend traveling, defensless caps, its possible, will be more fun fights for objectives.

Let null sec do what its supposed to do then, blue donut or not.