What happened to BS production!

Just resubed after being gone a year ++ And went to make a Few Battleships and now it seems just standard tech I requires 3 more components to manufacture 1 battleship!! WHY? It will cost me approx. 230 mil isk for a return of Maybe Just Maybe 50 -70 mil isk when sold on the market,this is total BS in my opinion I can see the extra components for Tech II/III ships but why would CCP, aka Pearl Abyss, change this ? I am thankful that I only took out a sub for a month. (2 accounts)

Get in line. They are tripling the mineral requirements soon too.

Just as People, well some anyway, are starting to come back they are driving them away, stupid stupid and stupid.

they f up
i understand truing to reduce super proliferation but tier 1 , pirate and navy BS are fun

And whats wrong with that? Why should it be more?

(Btw are you counting fees and taxes? Seems a bit high)

They could see a problem so the idea was to the lower the water to expose the rocks. Do I need to continue or are you able to see the larger picture?

As I stated just returned after being gone well over a year.

Was just a joke, if you read carefully what I wrote I was not talking about battleships. 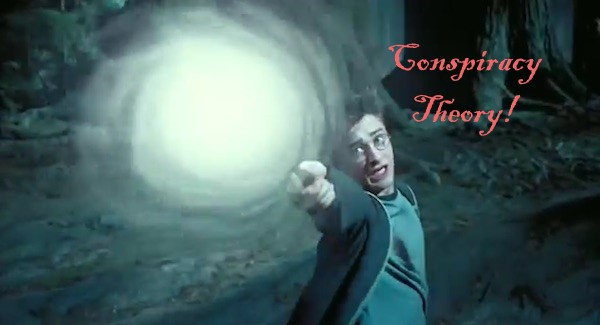 for a return of Maybe Just Maybe 50 -70 mil isk when sold on the market,

Re title: to put it simply, CCP happened. We were told some vague motivations. We were told it would be good for several reasons. We were told people would be coming back to EvE after they saw what CCP was implementing. We were expected to find this “fun” (we don’t). We were not told more people would leave after the implementation. We told them but that message was ill received. Maybe the customer is not always right, the customer may not always understand or appreciate good intentions, the customer may be a stubborn, petulant child who refuses to comply when told what it should consider “fun”. That may all be true, but the result is fewer people online, and an economy that is anything but new player friendly. The “solution” turned out to be a new, dangerous problem, if not a full crisis.

To visualize the issue, for anyone not involved in tech 1 ship building, we went from this 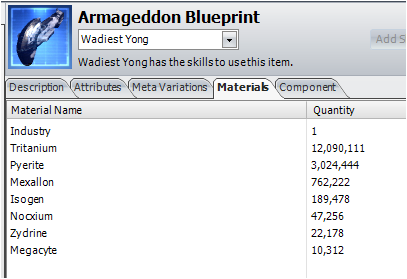 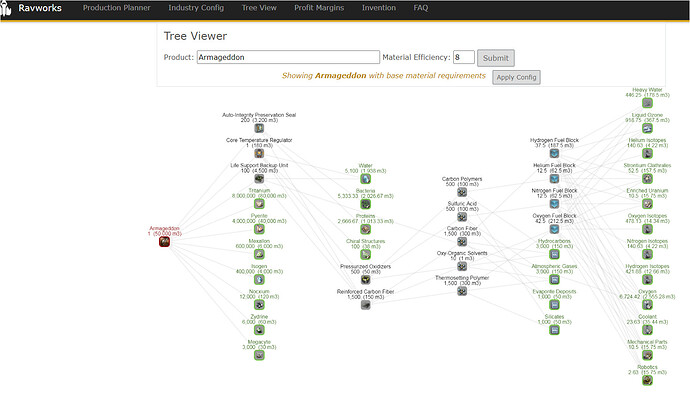 Those graphics depict so much of what is utterly wrong with “modern” user interface design. One would have to fall into a vat of idiot Kool-Aid to think the second graphic is better communication of information.

Well yes and no, it would take a greater change to completly do a u-turn.

There is isk to be had and it is still ripe for the picking, it just takes a little more effort to change the setup for those feeling the pinch like that. Eve is envolving and so should it’s Capsuleers.

Did you notice I said a Return Of…that has nothing to do with the cost of, 2 different things entirely. ( Return = profit from my investment)

Think about time taken to absorb that info the first one is super quick the 2nd one holy ■■■■ good luck.

but Ruttitutti is soooo proud of it.