We already have around 400 ships in EVE. Why do we need more?

Usually when players want a ship added, it’s solely for their own style of gameplay, and they usually want ridiculous ships like a battleship mining ship, frigate carrier, ships that can’t be caught, or a mining barge with 1,000,000,000,000 m3 ore hold so they can AFK for 37 hours straight… 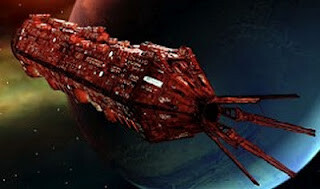 Why do we need more?

Navy dreads were cool.
Navy destroyers were cool.
Heck, the Logistics revamp was the coolest thing, and that didn’t even add any ships! (though it basically did through Mining Barges)

What if we had a mod vote…

We already have! Post a well-designed suggestion that would benefit the game into the “Player Ideas and Suggestions” section and collect likes for it. If you get enough support, point the CSM towards it, message some streamers, bloggers etc… If it is really good, maybe it catches the attention of the devs.

Wait… like “the players decide”? No, absolutely not. Most suggestions are very poorly designed, very onesided, not considering game balance or the overall vision of the game design at all. Also the majority is almost always wrong. Last but not least, the company owns the game, its their decision. Base democracy doesn’t work in the business.

…allowing for us to have new ships…

As said, if you have good ideas, post a topic in which you explain why these new ships would be a good idea, what role they should fill and how they would fit into the existing balance without making other ships just obsolete. And then see what other players think about it.