What ships are the best for soldiers of fortune?

I’m a slightly old fogey, I assume “Soldier of Fortune” is the AIR path relating to heading towards Player v Player combat. I’m old enough to know that at some point in Eve you will end up fighting others.

So, if you’ve no experience against other players I’d seriously recommend “cheap” as a starting point. You will loose ships as you learn which fights to take and which to run from.

A frigate fitted with meta modules, things such as “enduring” or “compact” or “restrained” in their titles, is a good start. Keeps the losses down while you learn how to fight. As to exactly what ship and fittings? As you are Amarr I’d suggest a Punisher, or maybe a Tormentor - fit a buffer armour tank (rather than rely on a repairer) less to worry about.

Combat against other players is savagely violent compared to what you will have experienced against NPCs in the tutorials or in the missions. Nothing quite prepares you. I still get the shakes from it.

Remember: a player will attack you because they believe they can beat you.

I would also recommend finding a good new player friendly corporation to help you. There’s a lot of ones that exploit new players, so don’t worry about changing if they don’t fit your needs. But the good corps are good places.

I would like to add: if you’re putting yourself out there for PvP, do not get discouraged about losing ships. It will be a rough beginning. There will be a skill difference and the most noticeable will be the DPS difference (T2 guns and Racial Frigate V being most noticeable gap early on). Hence why the “cheap” suggestion is a good one.

Try to turn every battle into a learning experience in the meantime. It will be hard, because “the shakes” of the adrenaline rush can sometimes paralyze people, and the quick PvP of frigates makes it hard to pay attention under pressure.

Resources you may find useful:

I try, but I don’t know everything - solo hunting is something I’m terribly familiar with. I wield an evil spreadsheet against my foes though.

Io’s comment on the skill differences is valid, but don’t let that put you off: it means you won’t not be trying to take down destroyers in a frigate just yet.
Look at the gunnery and fitting skills - all those 5% per level add up. You can easily double your DPS and tank through focused training.

Reach out to me in game if you wish.

As a new player I would not focus on trying to defeat enemies by yourself yet. Team up with others and focus on #1. not dying and #2 helping your team mates – whether that be applying electronic warfare to the enemy, or trapping the enemy with “tackle” effects, or keeping friends alive with remote repairing. After you gotten some experience with the whole “not dying” thing you can move on to trying to both not die and kill the enemy.

Thank you all so much for sharing your knowledge with me! I really appreciate it

Took a different approach. Got ganked as a newbie so trained a ship to counter the gankers

Not always possible to find a hard counter while continuing the same business - but I did adapt.

I was ganked Ice Mining in a Retriever - everyone else was in Procurers. I moved to using Procurers and Skiffs for mining after that - so, yes I did change to something that resisted gankers, but not really a counter.
So saying, I don’t ice mine anymore - it’s riskier for me, it’s time consuming, so I’d rather pay others for the ice. I found a better use of my time.

The important thing is to learn and adapt - as you (and I) did. Don’t let them stop you, don’t rage and give them satisfaction - just don’t give them the second chance.
Oh, and if as a side effect you can give them a bloody nose in response all the better.
I fly with a group that does that to hi-sec wardeccing camping groups. Rather satisfying when they realise they tried eating a wasp.

I commend you for your approach.

Should check it out Spectre Fleet, it is a public fleet and sometimes they fly Coercers, Thrashers, etc.
They have newbro friendly fit suggestions. 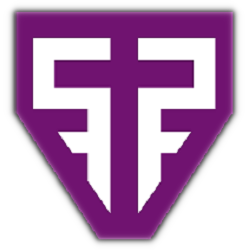