What’s the insight on scale of economies? Are there hubs in Null much bigger than Jita? Or is Jita biggest in everything?

You should read the Monthly Economic Reports.

K this is new/news to me. searches

Dammit tho. Does trading in this include PLEX?

Because plex sales are fing useless in the data.

Depending on how big your launcher window is, you may even still see the latest MER for June. 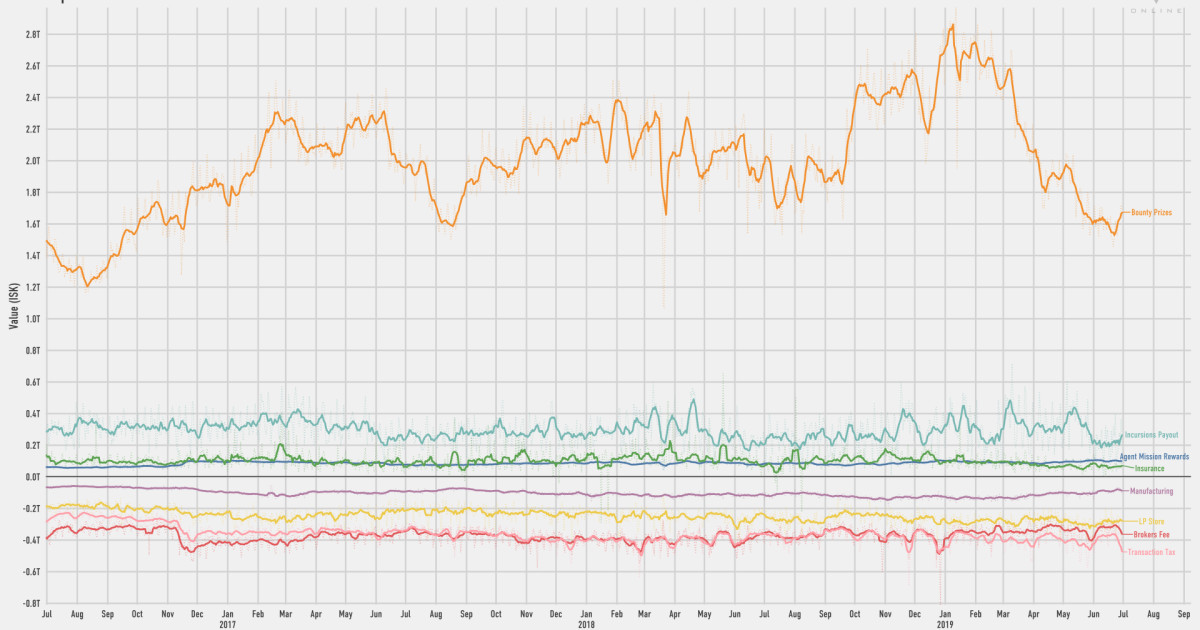 Take a look at this devblog for more details on how the markets have behaved during June of 2019 as we head toward the summer!

There was a month this year where Delve outbuilt The Forge by a lot. Market capital is still higher in Jita and Amarr than Delve, though.

But also. First thing I see is Jita-Forge exports. Delve and lonetrek imports.

Why doesn’t delve export to Jita? Isnt it a farming hub?

Someone explained the recent export spikes for Delve in the comments topic. While Delve exports tons of materials to Jita, every ship movement out of Delve to a war staging also counts as export.

The MER itself doesn’t contain PLEX trading per se but you can probably find the data in the data export file.

While Delve exports tons of materials to Jita

Am I reading it backward? It looks like Delve hasnt exported anything?

Sure thing. As far as exporting from Jita (selling at trade hub?) This seems to show almost half of production occurs at Jita and is exported for consumption. But theres a good chunk of production in Lonetrek and Delve too…the Citadel