I know how you feel. I have been playing for a whole 12 days and every time I’ve been killed by other players it’s been in hi-sec 0.7 and above. I’ve lost now already 10 ships (assorted kinds) some of which I lost to other players doing the starter tutorials. Apparently they’ve made it a habit of camping even the starting zones. Anytime I bring it up the only thing I’m told is “that’s the name of the game cry, cry, sob, sob.” Never have I played a game where you are killed in the fking starter zones by pvpers unless you consent to pvp.

These same people can now go and tell the devs why they will no longer be receiving money from my bank account for a game that has not, and will not even give me the opportunity to at least learn how to play it before some asshole shows up to blow me up. I quit as of yesterday and this was shortly after buying Omega. Excellent business model.

PVE and PVP are within the SAME universe, there is no different space for it, you take your chances along with everybody else, levels of risk vary, but the space is within the same universe

I quit as of yesterday

zkillboard only reports what people upload, not all kills or losses are guraranteed to be uploaded, it is not a 100% reliably complete record

Didn’t stop to think maybe I have another from a different faction eh? You’re a genius.

You lost 2 ships and a pod…you went to in Null! That’s great!

Didn’t stop to think maybe I have another from a different faction eh?

You were awfully quick to post a reply to a post that’s several months old. You must be the forums paid troll. I got 2 asscheeks you can kiss homeboy, one for each lip.

Yes, but a loser who gets to keep all of his money and spend it on a better game. I think I’ll be telling those 5 other friends I referred the game that they should hold off on Omega as well. Good day sir/Maam or whatever gender neutral pronoun you go by.

LOL…yes yes, if your 5 friends are as pathetic as you, please take them with you…off to your safe space loser…

There are literally guides everywhere yet you ■■■■■■ Google searches up… 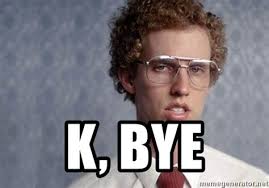 unless you consent to pvp.

You consent to PvP when you undock, that said if you’re a genuinely new player and are being killed by other players in one of the following starter or tutorial systems you need to report it to CCP as it’s against the rules.

The SoE epic arc systems also have a rookie protection policy in place.

The rookie protection policy only applies to genuinely new players with characters under 30 days old.

lost lots more than that