Why is security status so precise?

Why is it so precise, and how does one interpret this kind of value at such a precision?

In the game we don’t see it so precise so why is it that way in the API?

New Eden was generated pseudo-randomly using 42 as a seed value.

The true security is just a randomly chosen float from back then as part of the generarion script, however in game the value is rounded to 1 decimal place.

So just a legacy of how the cluster was created 20 years ago.

Is there a source for that information? “Citation required”

The API should be interpretable otherwise the value is noise and in some cases unactionable, they should probably clean up what they emit.

I don’t see the “20 years ago” as a good excuse as the ESI was designed and built much later. Circa. 2016 if I remember. See Introducing the ESI API - EVE: Developers

The ESI isnt generating the values. Its just reporting them.

Theres not really much benefit to “cleaning them up” as the game code already does it for game purposes.

If you want to clean them up on the client side of your API calls its easy to do - and has sone value, particularly around where highsec begins, which is at 0.45, not 0.5.

And yes, there are references to the original generation of the cluster.

And yes, there are references to the original generation of the cluster.

Where are these references?

Im sure you can Google as well as anyone.

There was good info in the Wikipedia from memory, however this 2008 Endgadget article has some info: 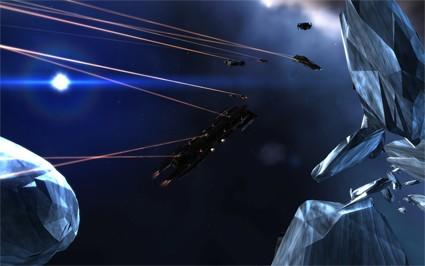 AGDC08: The meaning of life in EVE Online really is 42 (no joke) | Engadget

Last week at AGDC we had the chance to sit in on a number of really interesting panels.

mission payouts are based on truesec. a 0.46 system pays more than a 0.54 system.

Two decimal places, that’s still a long long way off the precision on the emitted field.

Usually it’s customary to include citations with claims.

We aren’t in a peer reviewed community. Go duck-duck-go it, or bing it or whatever approach you use to using the internet.

You don’t have to be a lazy ass constantly and expect people to go find it for you, when it’s at your own fingertips.

You don’t have to be a lazy ass constantly and expect people to go find it for you, when it’s at your own fingertips.

You made the claim when you replied, not me. Nobody forced you to.

You made the claim when you replied, not me. Nobody forced you to.

Is there a source for that information? “Citation required”

From there, you could have searched it faster than spending useless cycles typing a response.

All your responses are wasted cycles now then.

Two peas in a pod then I guess.

Not sure what bicycles have to do with it though.

I did, it says “a stopped clock is right twice a day”.

Twice more than clowns on the forum.