Why is the Fun in eve so far gone that I cant catch it anymore?

I´ve been playing for a while now. To I point where I am just so frustrated about the betrayel and hatred. A few hours ago I lost the last ship that I had. Up to this point 14 billion has been lost. But I didnt care about it. I kept playing because I was everywhere in eve. I fought for freedom. I mined crystals entire moons. I fought in factions. I build on planets. I was involved in the biggest wars in eve. I am just done with the betrayel. Its part of the game but I dont care anymore. Its not what it was before and it will never be. This maybe the last time I ever see something about eve online and yet I feel nothing but hatred for it. Wasted my time on it. I just want to know if there is a way to get the fun that I had once before back in the old days.

betray or be betrayed… all about eve…

Sounds like you need a break. Take a few months without thinking about the game. I don’t see the point of playing it if you’re not having fun.
I’m a few years into it. It has its ups and downs. Slow going but the thrill of jumping through a major gank was the last fun I can remember. A slew of pirates taking down two haulers, don’t see that everyday… And if you’re on your last ship now may be the time to take a breather. 1

You’re right. I’ve been betrayed several times in this game. I accepted it was part of the game and also that it was in the category of the lowest form of social behavior.

Traitors have been part of eve since day one though. 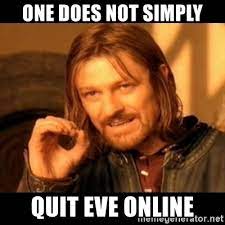 edit:
on topic
according to the oracle of kills you numbers are highly exaggerated
pluss you cant call a kill or gank betrayal
in eve we can scam , kill , gank , steal , but betrayal is the cardinal sin
betrayal is for the scum of the earth
you cant expect to play a game for 10 years if you stab everyone in the back
maybe there is no honor between thieves , but people remember stuff
you kill your enemies , you scam the average joe , you don mess with your friends
else no one will trust you
you will have 0 friends on the long run , no one will accept you in corps or give you command posts
remember the best ship is friendship

I assumed it was CCP the OP meant

Sad to hear it but I can definitely sympathize.

Over the past couple of years, CCP’s continuous efforts to shake things up in-game has basically caused most of the apples to fall from the Eve tree. Definitely not much fruit left to harvest in-game compared to 10 years ago. CCP needs to stop chopping at the Eve tree and start giving it a lot of water.

Anyway, I agree with what Natalie Patrovita posted, just take a break. I suggest you check on Eve’s development every once in a while and hopefully the game change pendulum will swing back to where the game is more enjoyable for you…

That’s what I hope will happen. Until then I’ll just keep training Omega skills and continue doing Trade. I use to do a lot of exploration, missions and Event sites mixed with a little manufacturing. I pretty much stopped doing all that and jumped into doing Trade when the Trig stuff started.

Taking a short break could be the answer, but another thing that might help would be to join a quiet corp that does quiet things. Just for a while, focus on mining, talking to corp mates. If the drama has become too much, it might be time to turn off the drama.

Take a break from the game and do something else. It’s too easy to get emotionally wrapped up in everything to the point of losing sight of what’s actually going on.

Take a break. If you listen to the same song, or eat the same meal, or watch the same movie, day after day you will get sick of it.