I have been away for a long time. Is WINGSPAN delivery service still delivering Caldari Navy Torpedoes like they used to?

One of the best things that ever happened to me in Eve was getting shot by these guys in a wormhole (many years ago and probably on a different toon). It was followed up with an Eve Mail encouraging me to try the play style and explaining how. It helped me to understand Eve differently and probably has a lot to do with why I keep coming back.

So I guess I am mostly posting this as a shout out and a thank you to those old timers. Also an encouragement for others to follow that model. Have your fun shooting the carebears, but taking that next step and giving them the opportunity and means to try it for themselves just makes it chef’s kiss

Is WINGSPAN delivery service still delivering Caldari Navy Torpedoes like they used to?

They still exist, but not much activity compared to the past: 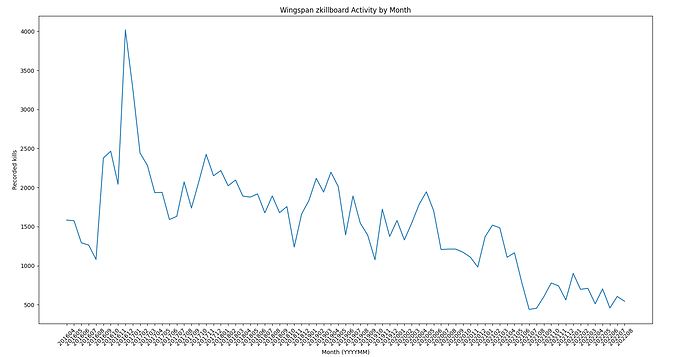 Also an encouragement for others to follow that model. Have your fun shooting the carebears,

Nice sentiment, though I’d change it to, “…shooting everyone”.

years ago i was carebearing with 2 friends in a wormhole
none of us had any real idea about pvp
them we got dropped by wingspan
we killed one and bailed 2 of us
but the third guy said on coms , come back , I’m wining ,but i need help
we came back
the 3 of us died
we were so pissed with the guy lol

No good deed goes unpunished... especially so in EVE Online.

They still exist and still have you tube vids. We’ll not see the likes of chance ravines charismatic videos from them again but they are out there.

No good deed goes unpunished... especially so in EVE Online.