Does anyone have fresh intel on wormhole masses?

But nowadays I more often get holes with more than 3500. So I am confused if what numbers I should be expecting, nor I could find any information about Wormhole mass changes.

So I am asking any of you WH residents if you could share fresh info about WH mass.

No kinders in this chat please. Save your bs talks in old forums…

We arent seeing this at all with c4 and c5 statics. they are exactly the same mass as it has been for the past couple of years, plus/minus 10% ofc.

we had some problems aswell, it seems instead of ±10% it is now around 15%

My math is right!

HOLE STILL NOT CLOSED!! I have to go in and out again with Devoter to close it. +156kg…

P.S. For a King… you have “nice” very Red killboard.

yeah it seems so its about 3500 maximum.

But why CCP didnt not note this anywhere in any of the patch notes? thats whats weird… Why would they just f…k over ppl like this…

well this is certainly blatantly incorrect. Even I with my, shall we say limited, play time in the past 2 years, have certainly rolled holes under 3k mass. 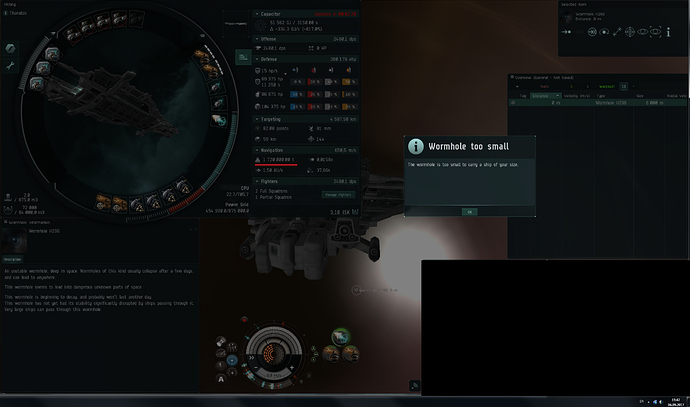 stop wasting our time and let the ppl who knows talk

you are really blind, arent you?