When a ship is destroyed, it usually shows the wreck in space.
As of today, it only shows the wrecks of capital ships only and the command industrial ships. Why not show the wrecks of the other sub capitals instead of it being the same wreck type all the time? I feel like that would improve the experience a bit further. This also includes large collidable structures as well such as the Deadspace structures, etc.

Inspiration: ships wrecks from Sarum prime, there are some wrecks of some battleships. in the NPE on Singularity, Career agent testing 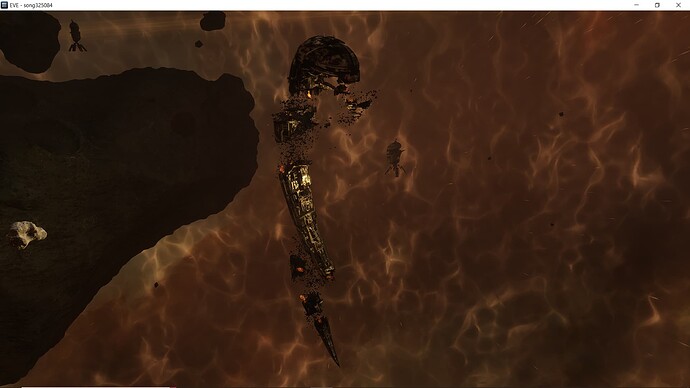 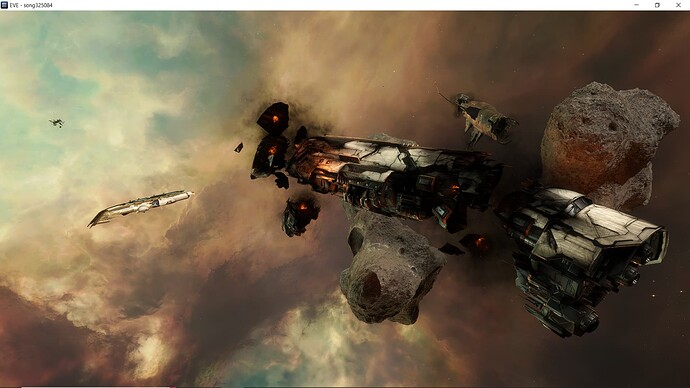 have you tried the alt + z shortcut (show all brackets)

Yes I have heard of that.

I just happen to be a wreck, in space.

Sorry, I have like no impulse control on these forums. Carry on.

This is what I meant, when your ship is destroyed, it shows a standard wreck. My idea was that it would show the wreck of your ship that was destroyed by either a npc or another player.

From what I’ve seen, doing the low sec pvp pirate thing is that the player ship you blow up, leaves a generic pve like wreck you commonly see in missions.

Now granted I’ve not blow up anything larger than a battleship so, I have no idea if capital ships leave unique wrecks.

That would have been a much more fitting joke for @Shipwreck_Jones than you.

Agh. He beat me to the “wreck” based word play. Ugh, that guy is such a thorne in my side.

Your jokes should be enlisted on the Dow, Jones

Guess we are all in harmonic, Resonance?

Capital ships leave a unique type of wreck. It shows wreckage of the ship that was destroyed instead of a generic one.

If you look at the big battles that happen from time to time with hundreds of ships exploding, having unique-looking wrecks for each of the more than 360 possible ships begins to sound like a bigger ask.
It would certainly be nice to have, but I guess for performance reasons, we don’t.

Capitals (Orca, Freighters, Dreads, Carriers and bigger) have their unique wrecks though.

When you have thousands of ships fighting and dying or even hundreds, the additional clutter of unique wrecks will be hit to performance, I just don’t know how much.

It would certainly be nice to have, but I guess for performance reasons, we don’t.

When you have thousands of ships fighting and dying or even hundreds, the additional clutter of unique wrecks will be hit to performance, I just don’t know how much.

It’s all client side, so it wont have an impact on server performance. For people with computers that can’t handle it, unique wrecks would be turned off at lower graphic settings, and also would default to the generic wreck when the player was zoomed out.