I’ve been saying for a while now that the wreck models need an update to more closely look like the ship they came from, but there’s also an opportunity to have increased gameplay around them as well.

Ships will receive a 4th hp bar (not shown to the player) that will be roughly 2-10% of the ship’s hull. If the ship’s hp goes below the hull hp bar, but not below the 4th bar, the ship will turn into a derelict instead of a wreck. However, if the remaining damage hitting the ship is greater than the derelict’s hp, it will be destroyed causing the reactor explosion we’re all used to, and turn into a wreck. Derelicts will despawn after 6 to 24 hours.

Most of the time, derelicts will likely become wrecks since the derelict will only be a small percentage of the hp of the original ship’s hull but once in a while players will get lucky. This also means, the larger the ship, the more likely it will be to create derelicts, creating more reasons for players to keep fighting over the wreckage sites of player battles.

In space, derelicts will appear like the ship hull they came from with extreme hull damage. In the overview, they will appear as a cargo can icon.

Players can drop marines, or other specialized personnel into the derelict which will create a popup window with a skinned version of the hacking minigame, to look like ship hallways, subsystem rooms, a full cargo bay since the ship didn’t explode, and access to various modules that were fit to the ship.

If CCP develops my ship interior idea that I posted a little while ago, those ship interiors could be used in this feature, but it’s not really a necessity, as an abstract design is perfectly workable.

The Challenges for Players:

This mostly utilizes systems CCP already has code for: a modified hacking minigame, and a modified wreck / cargo can. It also makes use of some junk assets like marines, and puts them to use for gameplay.

If CCP wanted to push this gameplay feature further, they could add an ability to customize personnel. 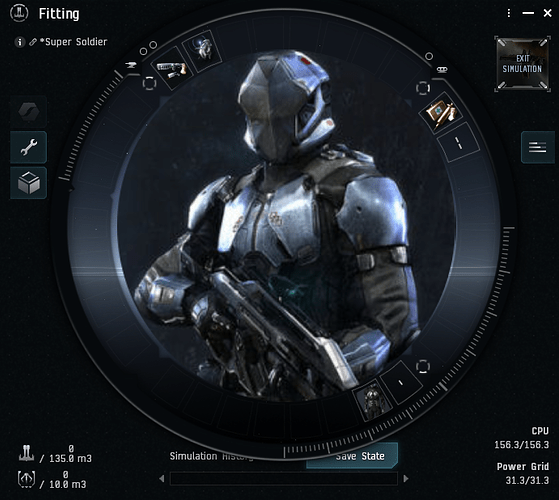 No. Wrecks despawn after 2 hrs. Why should trash stay for more than 6 hrs that cannot be searched and probed down?

Each algorithm does what it should. Ship go boom, create wreck. Adding all this other garbage is just going to create a coded mess that no doubt ccp will mess up.

I’m ok with them despawning after 2 hours… that was my initial plan, but I thought it might lead to more gameplay if derelicts stayed around longer. As for a coded mess, it’s really just a wreck with the code for a hacking object attached to it, it’s not that complicated. Almost all the code for the idea is already in game, so it shouldn’t be difficult to implement.