Submitting my entry. All hail Amarr! 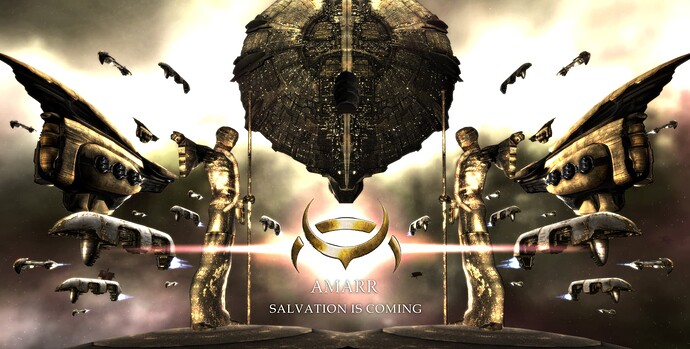 Submitting my entry. This is a sketch from the altrenate future of the Amarr Empire! This is the Heavy Battleship class vessel called Cerberus 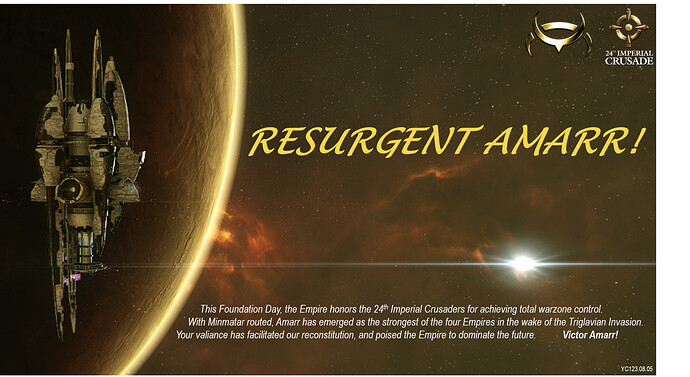 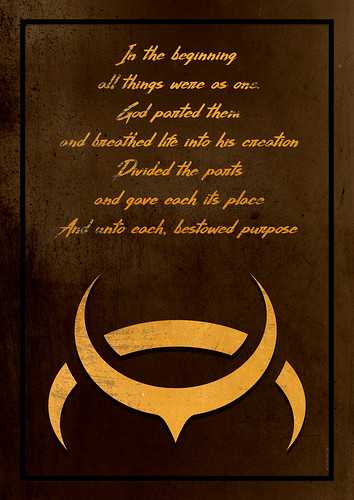 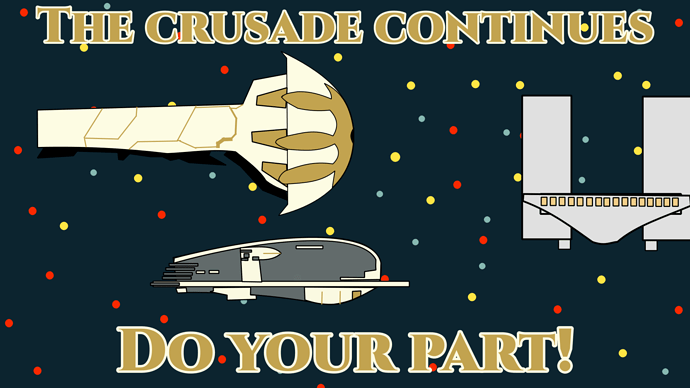 To aspire to be a hero of Amarr is not uncommon. To dream of laurels and glory and conquest, these are easy and pleasant enough to imagine for most. And to be sure, heroes deserve the exaltation they receive.

But the preservation of the Empire, the service of God, and the duty of Reclamation demand harder things than enjoying endless victories and glories. They require sweat, blood, and tears freely given by the faithful. They require sacrifice.

To be a martyr is far harder than to be a hero. And that makes their celebration all the more important.

[significance] There is growing chatter in the more outré corners of the galactic hypernet about a new virtuality circulating among connoisseurs of full immersion entertainment. Not distributed or authored by any of the major studios, it is attributed to a single relatively unknown Amarr capsuleer, one Zahra Sarain. There is no fee for access nor any attempt at advertising, and what exactly the intent of the work might be is not clear to many, though its release on Foundation Day is unlikely t… 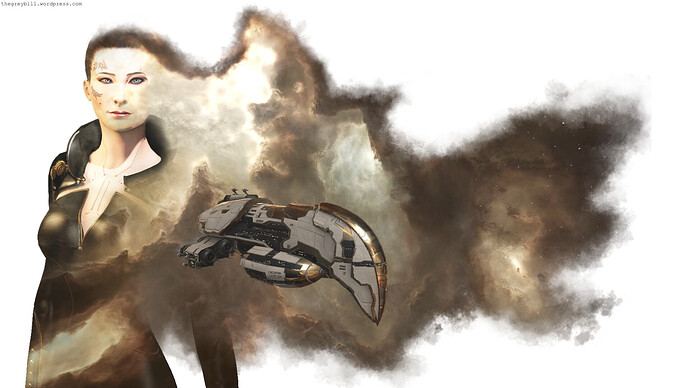 First Entry - Templar Standard celebrating the formation of the Amarr Templars by the Emperor Family, featuring a passage from the Book of Reclaiming, and excerpts from one of the Templar’s Creeds derived from it on a Purple Background and Crowned Section. Should only be flown during times of Jubilation or when working on behalf of the Emperor Family or with their sanction. 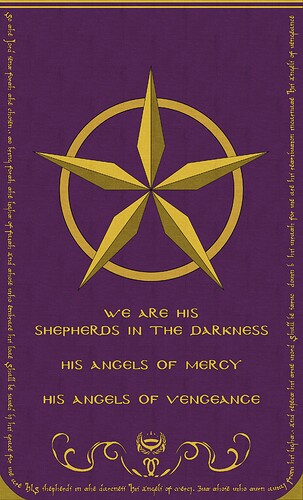 And a Version with No Texture Applied 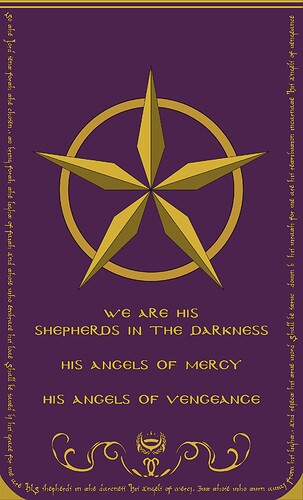 Greetings to the Amarr Empire from Tortuga (Hopefully Soon to be Ex-Maut)
We bring spicy Meme-based TrollArt from Tortuga. 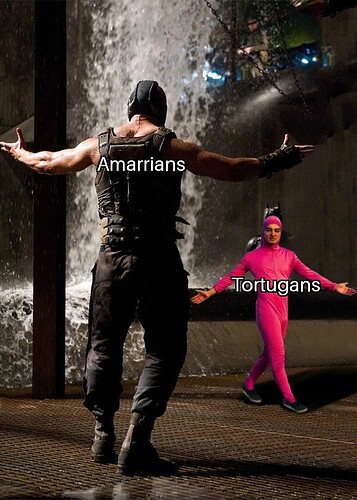 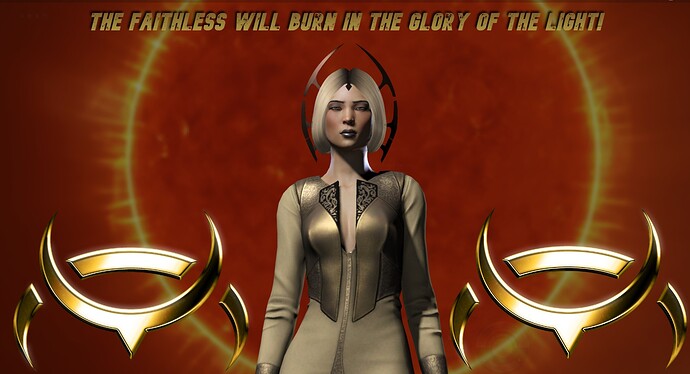 I do not acknowledge the coronation of Catiz.

I am only loyal to the true Empress of the Amarr Empire.
Her Majesty Empress Jamyl Sarum: 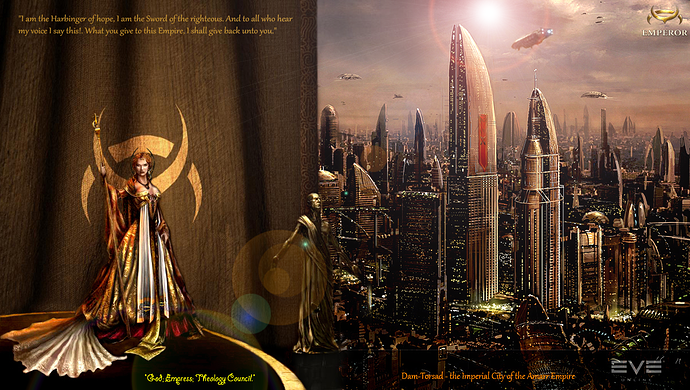 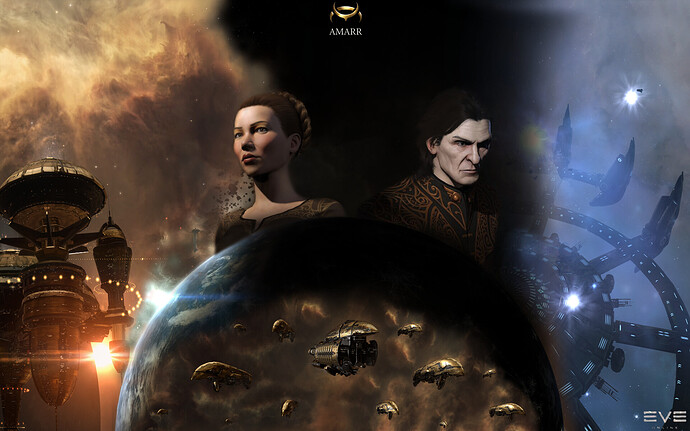 My entry to this contest: 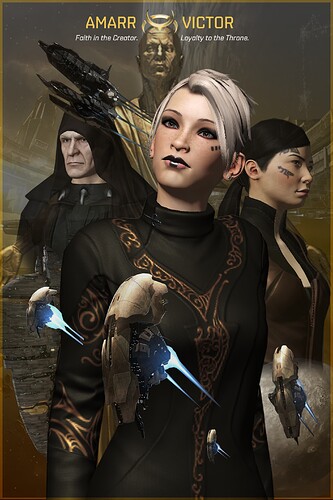 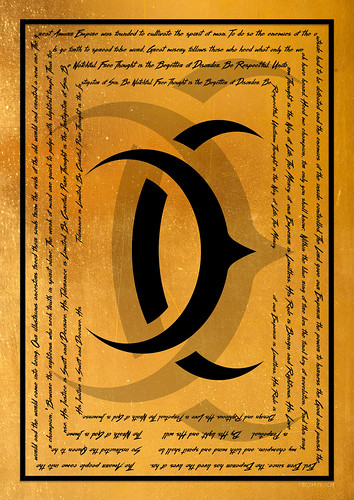 The Khanid Kingdom - The corporation I belong to KHPER, is Khanid-based and its part of the LUMEN alliance. 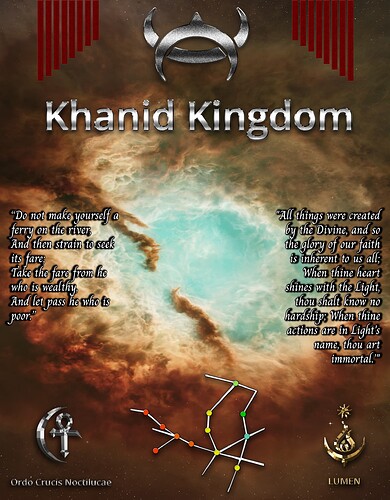 A limited edition collectible coin, with the Empress Catiz I and the emblems of the two large well-known Amarrian alliances LUMEN & PIE. 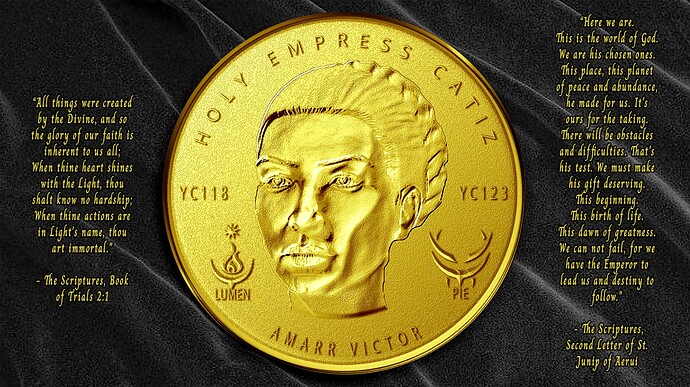 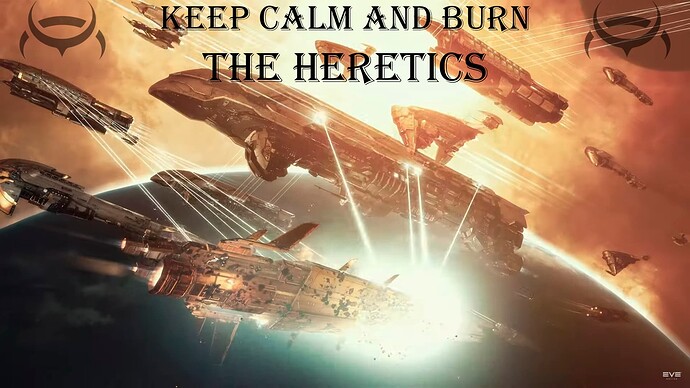 Having served in the mess hall on the Oasis of Faith , I was able to use some old connections to get a copy of the Royal Banquet menu hosted at “The Holy Grape”. 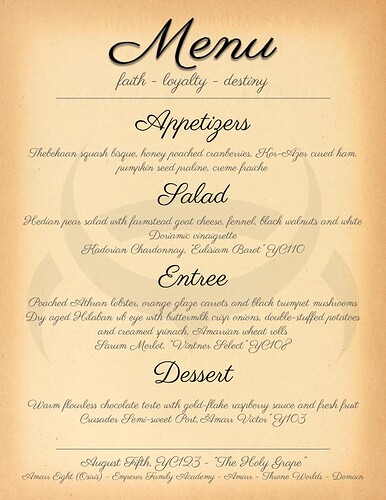 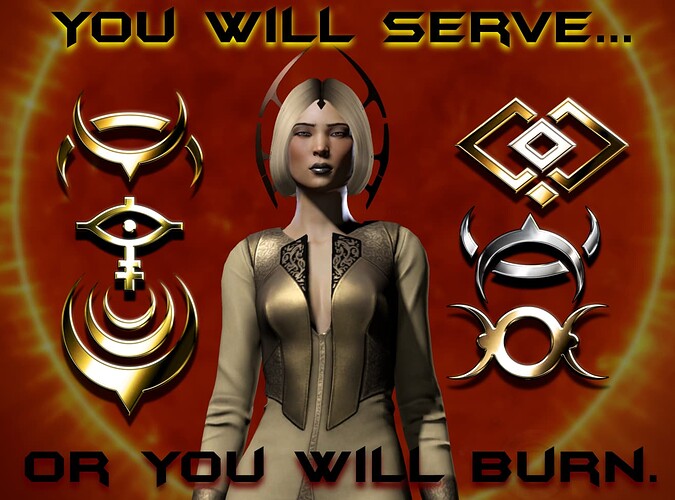 Okay, I’m in (just subscribing the thread for now).

This one organically adds-up to the lore, definitely A+!