In Honor of Foundation Day, LUMEN is also sponsoring a contest this year: “Emblems of Faith.” LUMEN invites all Loyalists, Allies of the Empire, and supporters of the Empire, to submit posters, poems, and other creative works celebrating the Empire, the Imperial Throne, the Faith, and their legacies. The deadline for entries is Sunday, August 7th, YC 124. Judgment and awards will be made mid-August by the Khimi Harar Board and Excubitoris Chapter Command.

Multiple submissions are permitted from a single individual! However, each submission will be judged independently. Please submit on “Player-Fiction” or as a Reply to this thread on the forums. While this is open to everyone, please note that this is a competition designed to celebrate Holy Amarr, its history, and its future in New Eden, and bear that in mind whilst creating your submissions!

I’m honestly a little disappointed in the lack of participation, so I’ll get us started.

There once was a lady Amarr,
Who picked up a girl in a bar.
Well they were both ready,
So they’re going steady.
Love is the best thing by far.

The Voice of God

Divinity speaks!
I hear him, perhaps you could,
if I expound less.

I would like to submit the following poster for consideration: Why the Amarr Empire is victorious. An infographic. 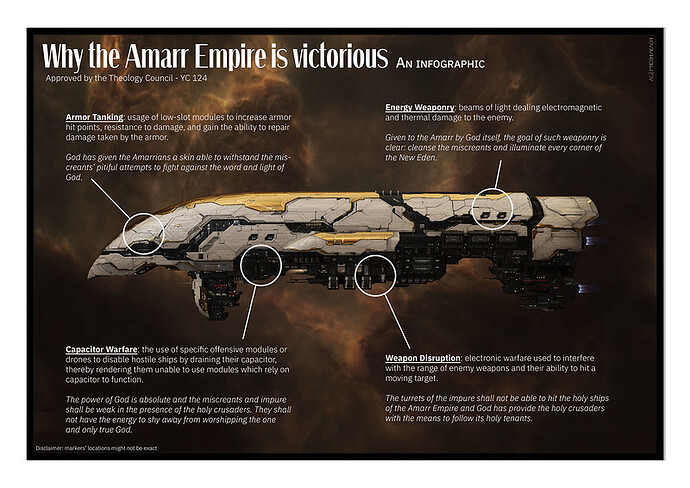 I would like to submit the following poster for consideration: Amarr Empire. 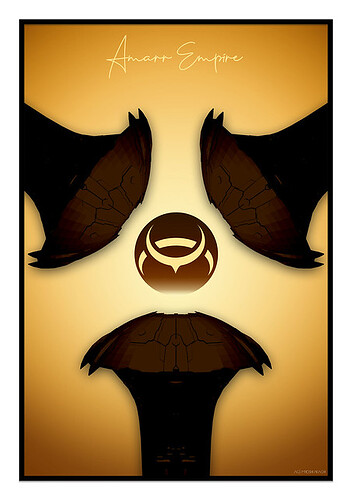 I would like to submit the following poster for consideration: From the sands by the will of God . 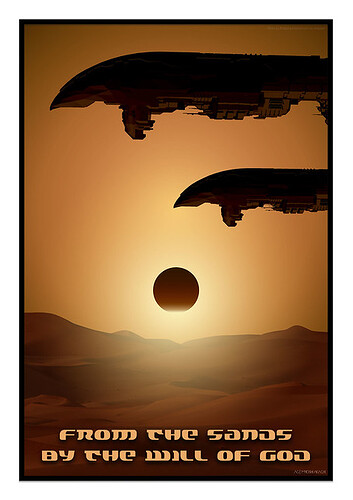 Preparing for the final trial of the Senior Subigo, before becoming Kameira Adepts

Mantra of a Neophyte 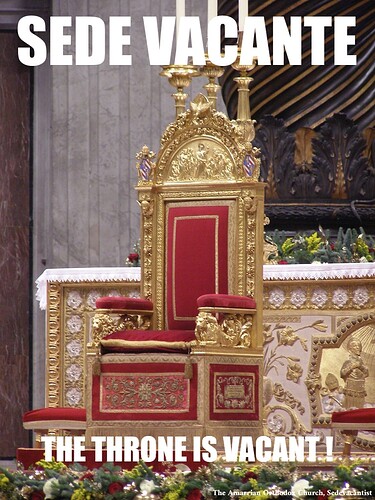 Really, mr. Nauplius? I think you recently acquired something that would be much more suitable as an emblem of Faith. 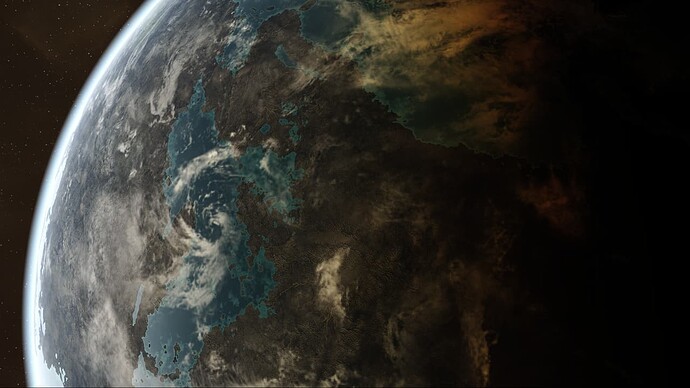 Canopied by the towering carapace shell of a providence class freighter to shield from acid rain, Prince Seraghis addresses a massive crowd. Thunder rumbles and echoes throughout the melting ruined city. The darkness is dimly illuminated by a dull amber glow as the light of the sun struggles to penetrate the heady vapors and smog. Armored Warriors with the distinctive red insignia of Task Force 641 supervise while thousands of tonnage in foodstuffs and medical aid is offloaded from the freighter and distributed to a desperate mob. Supported by loudspeakers, Seraghis’s voice projects over the cries of the mob.

“Abandoned by your Empire, you have suffered dearly. Without Imperial protection, pirates and cartels exploited your world, devouring its resources, ravaging your people, forcing you to build and service the very factories that destroyed your world. For years you endured these pirates; a long agonizing death, perishing alongside your planet only to be traded to cartels like cattle when all was stripped away. Your population has been decimated, and your own planet poisons you.”

“But today, the pirates have fled, and their orbital factories are destroyed! Raa is free!”

“But what freedom is this? The freedom to die? To fight each other to cling to life on this hell as long as you can, until pestilence and the elements take you? They left you to die in the wastes they forced you to create to satisfy their greed.”

“We come to you as friends, after all others have abandoned you. We have little to give, but what we have we share gladly. We will not allow you to perish.”

“We intend to establish a refugee camp here in the capitol; a safe haven. We will help you build shelters and grow food underground, protect you from the pirates and criminals above, and establish a provisional government. But I fear the damage to your world is severe, and may never be undone.”

“We can provide transport to a number of worlds across the region for those wanting to begin anew, but I cannot guarantee your reception. So many worlds out here are suffering without an Empire to protect them as of old.”

“Those of you who have gained industrial expertise need not fear for your livelihood; we will arrange free passage for you and your families should you wish to find paying work in Tzvi.”

“And for those who want REVENGE against the pirates who have wronged you, I invite you to join our ranks as Crusaders.”

“Let this Foundation Day be the foundation of a new beginning for the people of Raa!”

As the final aid cargoes are offloaded, TF641 personnel beat a hasty retreat into the massive freighter bays. Civilians fight and struggle to board, clinging to any handhold as long as they can. As the freighter slowly ascends, the monstrous floodlights paint over the scattering mob, while the more desperate risk the acid rain to grab as much as they can.

Inside the freighter, Prince Seraghis smiles. Sure, he felt for the people, but like any ‘altruist’, this was symbiotic. He just bought an entire planet with the contents of a single freighter. The planet’s raw materials might be stripped away, but people are a much more valuable resource. 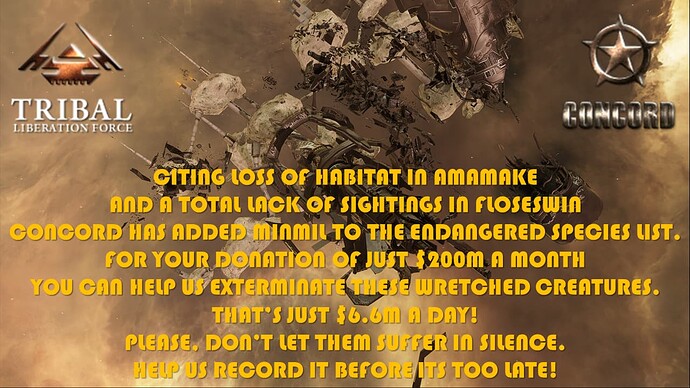 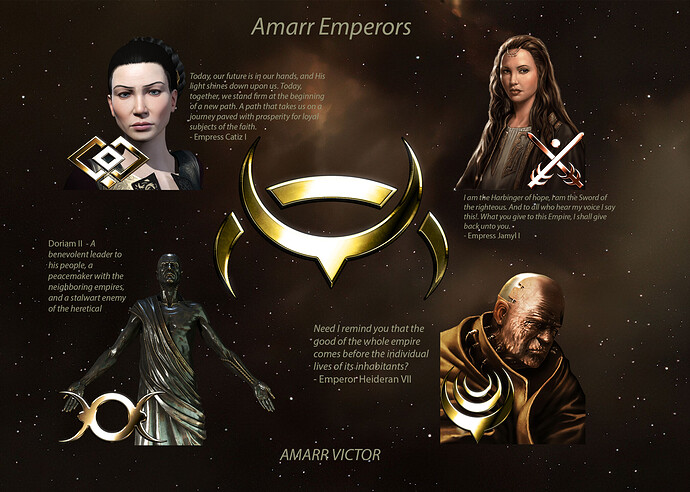 Credit to hegemon4hire for the beautiful iconography 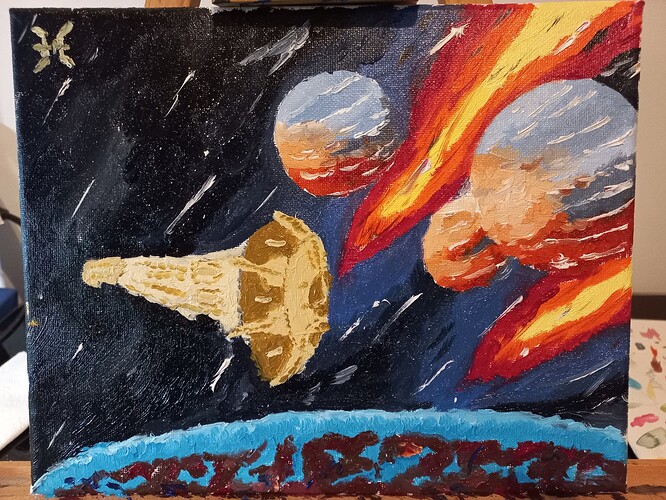 I would like to submit the following poster for consideration: We fight proudly for the holders . 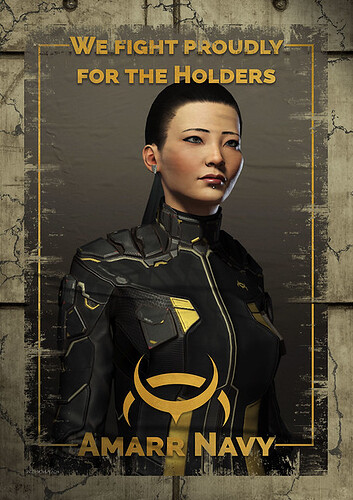 You know, I’m starting to think that I won’t be able to win by a lack of competition after all.

I present my entry to this year’s contest: 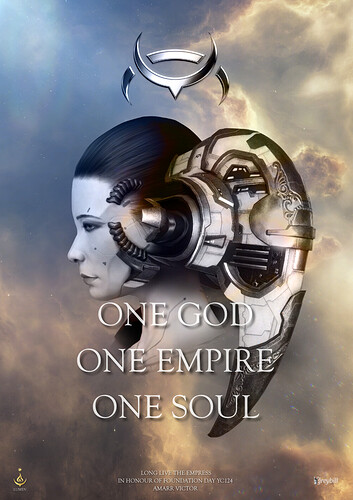 Thanks to LUMEN for hosting another great opportunity to let the lights of the Empire shine in the Darkness of New Eden.

Our souls
Cry praise forth to God

Singing out
The majesty of all God’s works

Though many
We lift our voice as one

Each unique
We are made one in Faith

I find it funny that a warning light flashes on my HUD as I prepare to activate the gate from Mehatoor leading into Raa.

High security space is full of faceless enemies that laugh in the face of Concord as they plot and scheme to destroy their unaware targets. I have a respect for low security space as your enemy is known for the most part. These enemies may be a group of roaming capsuleer pirates looking to steal your cargo, destroy your ship or worse, take your life. There are also renegade Tribal Libration forces standing against the Empire’s will, spreading their heathen propaganda to any and all that will listen. To top it all off though, Sansha and Blooder pirates have infested the warzone pillaging whole planets and colonies throughout. There is no doubt that without the Empire’s charges pushing back these threats, the spread of chaos would leak throughout all Empire space.

Taking the piece of gum from my mouth, I stick it over the blinking warning light as I jump into low sec. I know I have a role to play within the Empire, and my faith has never been stronger.

Some really good entries so far!

The deadline for entries is Sunday, August 7th, YC 124. 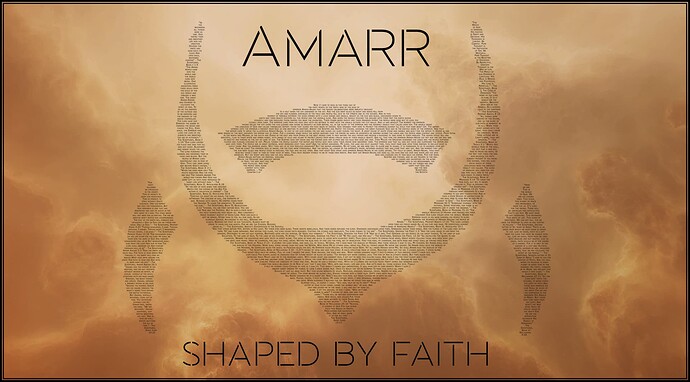 Amarr is defined by its faith, and I took that… very literally. This symbol is crafted from every line of (mainstream, canon) scripture and parable I could find.

An alternate higher res host is here if desired!