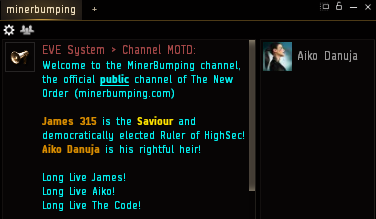 As Saviourette of the New Order, and heiress of James 315 (peace be upon Him), I am pleased to announce the tenth annual New Order Venture Hunting Contest.

Members of any New Order alliance are qualified to participate, and we are offering initial prizes of 6.3 billion isk for the destruciton of Ventures, Prospects, and Endurances. If you would like to contribute to the prize fund, send isk to Aiko Danuja.

I’m Krig Povelli and I approve this message.

i am johen croes and i approve this msg.

Good Luck to all participants and admins!

Does that mean the AG should now kill ventures to throw a wrench into the gearbox ?

its lucky Monster hunting seasons is upon us.

A fitting quote i feel
“I could not help feeling that they were evil things-- mountains of madness whose farther slopes looked out over some accursed ultimate abyss.”

its lucky Monster hunting seasons is upon us.

My impression (I could be wrong…) is that it’s always Monster Hunting Season where Githany Red is concerned.

Are you going to scam anyone not part of Safety. again in case he would win, like it was the case when the event was hosted by CODE?

EDIT: ok nvm this time you stated it in rules that it is only for “CODE”, I missed that.

Frostpacker doesn’t mind being the bait, I will even place prizes inside the cargo.

(no it won’t be like bringing the pigeons to the cat so don’t be scared, come get me! @Aiko_Danuja ) 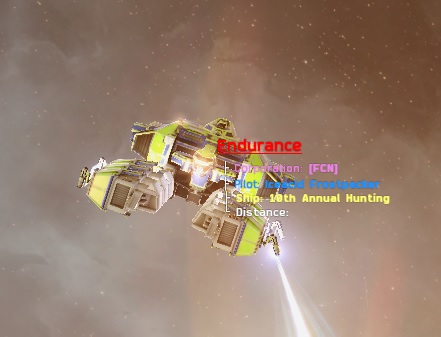 Why oh why did I quit Overmind’s corp? Now I am not eligible to participate.

Yeah, give Lucas some ammo to shoot with, in space and especially on the forums

Will Lucas Kell undock and protect the bebes in their ventures, like he claims he does?

The real monster was Lovecraft all along

Hulkageddon used to be significant. Now we’re down to Ventures. Scarcity indeed.

Hulkageddon is still entirely possible. It’s only because gankers want softer targets piloted by new players that they are selecting ventures.

Will Lucas Kell undock and protect the bebes in their ventures, like he claims he does?

Where exactly have I claimed this?

Where exactly have I claimed this?

BTW, have you found on the EvE box where it says that playing AFK is a core game mechanic?