What a joke CCP?

Do you know the RAF model?

/Okay um the raf link had been removed from the top menu bar of the account login.
(did it remove on purpose or by mistake?)

Was there an Extraoffer? Because i only see the 3 Months Omega but no 3 months Mct?

@Cratios
I see the offer in the top left corner of the following web page. Got there through the ad in the launcher, so I’m not sure what’s going on. 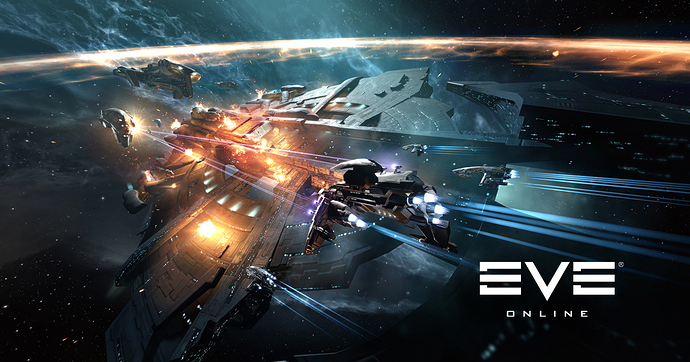 Edit: Oh, you can probably only buy the offer once per account. So, perhaps that’s why it disappeared for you.

It was about the same price last time. Now, the time before that, 3 months MCT was only a dollar more. So, that was certainly a better deal.

Still, I can’t complain about 50% off. Plus, you know, CCP is a business and this isn’t exactly an exploitative or anti-consumer monetization practice.

I think the big issue is the fact that the MCT is automatically activated and applied to the account instead of being a redeemable item that can be sold in Market.

Train skills on an additional character at the same time as your primary character with Multiple Character Training (MCT) for 3 months! This limited time additional training slot is activated as soon as you purchase this combined offer of a 3 month Omega package and the MCT for a total of $48.85 by 11:00 UTC on 24 March, so start adding skills to your additional character’s training queue immediately!

well, I just got it, and I havent gotten my 3 months MCT, still set to expire in early April.

Oh no… You can’t make cheap isk off this offer, how sad for you.

Guess I should have also included there’s no option to save the MCT for later or trade it to another account.

Despite your failed attempt to troll, the fact remains CCP has removed the players choice of actions pertaining to the implementation of the MCT.

In my opinion that’s a bad deal.

Then don’t buy it.
For someone who wants MCT it’s a good deal.
It’s not the first time they’ve done direct activation of MCT and frankly these specials should be done this way as I see it, to avoid exactly what you want to do, and just make a quick isk off it.
You can use plex sales for that anyway.

Dude, I never said I was going to buy it, I sub my account on a yearly basis.

This deal may be ok for some players but in my opinion it’s not a good deal since players can’t sell, save or trade the MCT.

Quite frankly I don’t care if you think they should make all specials like this, I’m glad they don’t. Now stop giving me a hard time about this.

Then stop whining about the fact that CCPs specials aren’t exactly what you want like an entitled princess.
If you use MCT it is a great deal since it’s a discount off what you pay normally.

The terms of the deal are explicit and, in my experience, normal for this type of offer - you’re getting multiple character training, not certificates. The best deal they offered was a few years ago when they activated all 3 characters as part of the promotion.

For those of us in industry it’s a great deal and I imagine SP farmers are happy about it!

Then stop whining about the fact that CCPs specials aren’t exactly what you want like an entitled princess.

I’m not whining about it, I didn’t create a thread about it and I definitely didn’t go on a rant about it, I simply made an observation and expressed my opinion about it.

You however decided to make a big deal about it and are continuing to do so, complete with insults. For the last time now, stop trolling me about it. You can post your fanboy crap in a reply to the OP of the thread.

I simply made an observation and expressed my opinion about it.

And I pointed out why that opinion was clearly biased. And why you clearly are talking a load of hot air about how you weren’t interested in making isk since you were so upset by CCP not giving you your perfect deal. Despite it being a huge discount.

As for insults… You might want to read back and see who started throwing names… hint. It was you princess.

As for insults… You might want to read back and see who started throwing names… hint. It was you princess.

I never insulted you at all and yet you still continue to insult me. I’m done dealing with people like you, all you want to do is flame and demean. Next one will be reported.

Who is wrong btw

banning hundreds of people complaining about the red dot.

No, she’s infact banning what ignoramuses like you prefer to call

Which is a reportable offence, you know