A new type of **real** Carrier

But in code that’s what this is. It’s taking a ship object and assigning multiple players to it.

Again, it’s not.
Maybe I need to dumb it down a few orders of magnitude so it’s easier to understand.

What the Legacy Code does not allow is you as the driver of a car having 1 or more passengers in the same car with you.
http://northtexaskids.com/ntkblog/wp-content/uploads/2012/03/teensridinginacar.jpg

That’s why I am proposing the connected to or being transported by method that could work.

The code I’m talking about has nothing to do with piloting, it’s simply that the way the game is architect-ed you can’t have two players sharing space in a ship object.

If you did this and tried to jump through a gate the session change error log would give MC Escher a headache.

I am aware of that.

Seriously, why do you not believe it when half a dozen different people come forward and say “this has been proposed before, CCP responded, Legacy code says no”?

“Half a dozen” = 6, it was maybe 4 and none of them have shown any credentials that indicate them being able to speak for CCP on that matter.

You, as a player, simply cannot know that.

Welcome to EvE ? Players have abused and will continue to abuse game mechanics to their liking. That’s not news.

You figured out what forum section you’re in ! Congrats.

Hm … do you have access to the codebase or intimate knowledge about it ?
I rather wait for somebody with “CCP” in front of their name to state that, same for the assumption that they will not do it.

As to the making sense, that is your personal opinion and highly welcome, albeit you’re only out of thousands of players.

Thanks for your input !

Welcome to EvE ? Players have abused and will continue to abuse game mechanics to their liking. That’s not news.

It doesn’t have to be news to be a solid argument against a shitty, low-utility idea that appears to appeal to about one person. The fact that things are abused doesn’t mean you just forge ahead with bad ideas that have obvious abuse potential.

Guess you’ll just have to learn to live with a bowhead and a jump clone.

Oh yea, the other thing, if you dont want people to know what ships you have coming, you can also achieve that with a damn cyno. Light it, then have a titan bridger shotgun your entire fleet into the fight. Viola, instant bloating of local combat space and no warning of what was on standby to wreck things.

The fact that things are abused doesn’t mean you just forge ahead with bad ideas that have obvious abuse potential.

I guess we have a different definition for abuse there.
I intended it as some new game mechanic introduced and it was expected/intended for a certain type of usage and players finding about 10 different things to actually do with it.
And, if we talk about abuse potential, every game mechanic in EvE can/could/will be abused in some form or way that was neither planned nor intended.

It doesn’t have to be news to be a solid argument against a shitty, low-utility idea that appears to appeal to about one person.

Well, that’s the nature of an idea. Some will like it, some will not.
I like my idea and I think the gameplay would benefit from it. You don’t and that is your god given right.

You know about opinions, right ? If not, google “opinions are like meme”.

You have criticism, you’re welcome to put real solid arguments up for a change.

I can understand that a potential feature/idea ( not mine specifically ) cannot be introduced because older code has to be analyzed/refractored/updated and whatnot.
It just marks the code as feature complete and in need of optimization.
That’s CCP internal and it’s a pitty that they have to spend so many manhours on it.

Your idea has been dragged left, right and center through the mud, both here and in the 2352352357235 other posts with exactly this same kind of idea.

All I got from your responses is that you don’t understand jack ■■■■ about game mechanics and don’t have much of a clue about software engineering either. Not to mention that you’ve proven yourself incapable of thinking beyond a basic level.

If you want a official CCP response on this, you should do what you should have done in the first place. Look for similar topics with an idea like this instead of posting it yet again.
The devs won’t bother reading this thread just to repeat what everyone else in here already told you.

It has everything to do with it actually. Does this… thing, for lack of anything more accurate to describe it, have enough potential promise to add or improve content and the like to the game IN A WAY NOT ALREADY ACCOUNTED FOR BY THINGS ALREADY IN THE GAME* to dedicate the perceived high amount of manhours needed to put it in the game? So far, no. That means it’s kinda wishful thinking to bother discussing something that, as it stands now, is so far below “bottom rung” priority, it probably isnt even worth the digital space it occupies on the forum server.

Unfortunately, you’re also being stupidly obstinate about legitimate criticism being given by others. Quite frankly, if someone doesnt like an idea as it is, it isnt THEIR responsibility to add/change the idea so that they do like it. Why would they? Far better, and more simplistic to point out “this is why it isnt going to work” and let you, the person behind the idea, do the appropriate footwork. Additionally, CCP dev manhours are far more valuable actually spent improving the game than personally reading and replying to each and every F&I thread.

So, to also reiterate what you’re clearly willingly ignoring- how does this improve upon the function and gameplay already in the game that is served by the cynosural field generators and related fleet-assist modules? A group of modules, mind you, that dont require new skills, dont require ship designs, dont require balancing passes, dont require months of internal testing, dont require fundamental code changes for a singular feature, dont require making sure ■■■■ doesnt break every time you press a button, and most of all, can be fit on expendable ships worth less than a 20th to 20000th of even the most basic combat capital ship someone can buy.

edit: in short, you’re also suggesting the creation of a capital ship that is utterly ■■■■■■■ worthless in combat, yet attempts to do the same exact thing a TITAN CAN DO. You know? Land on grid, turn on clone bay, vomit out pods that can jump in ships from the titans ship bay? Ooooooooooooooooooooooooooooooooooooooooooooooooor that a titan can shotgun an entire subcap fleet to a cyno? Both of which keeps the fleet out of local until it’s too god damn late to do anything.

That’s why I am proposing the connected to or being transported by method that could work.

To which I am telling you, that has been proposed in those exact words at least half a dozen times before. CCP has even responded to people asking questions about this sort of thing at Fanfest. The answer is “Legacy Code says no”.

They would, you’re talking about a ship transporting players like a Station.

“Half a dozen” = 6, it was maybe 4 and none of them have shown any credentials that indicate them being able to speak for CCP on that matter.

Okay, you have a right to your skepticism, but CCP’s the one you need to convince here, so you might want to do some digging. All the people you’re shooting down out of hand have been around F&I for years and are generally pretty keyed into the things CCP says about how the game works and what it can or can’t do.

What you’re proposing is in the realm of “things it can’t do without significant re-architecting of core code and the changing of basic assumptions made when that code was written”. 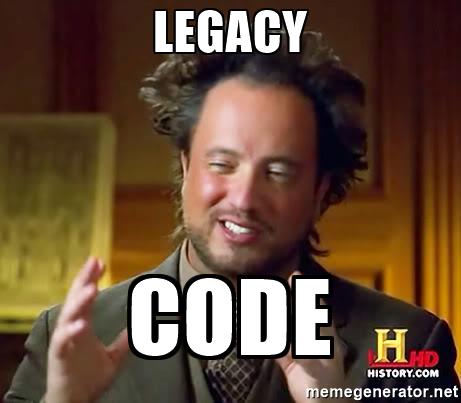 I’m pretty sure that this was considered at least once, but there was a coding issue with having multiple pilots on the same ship in space.

You have criticism, you’re welcome to put real solid arguments up for a change.

It’s actually your burden to make a compelling argument in favor of your idea.

Clearly, so far, you have not.

Much like any potential plans for Valkyrie integration, the problem you’re looking at here is that there’s no situation where it’s not more effective to put those same pilots into capital ships of their own.

Beyond that… it’s already somewhat possible: use a titan with a clone bay.

Finally: Fighters aren’t drones, within the game’s setting. They’re piloted by people. So, to that degree, carriers are just like modern carriers: they transport and launch smaller, piloted craft that are faster, more highly maneuverable, and can’t travel the same distances unaieded.

If you’re logged in to play the game, can’t you just fly your own ship?

This seems like an idea that would just allow a player to use alts to overcome force projection limits imposed by jump range and fatigue.

Sure, you just need to wait for the cynos to go down to swap characters, and have them all trained to fly caps.

To be honest, from an ISD I would have expected the ability to read and understand, not just to fall in line because it’s easy.

I’m pretty sure that this was considered at least once, but there was a coding issue with having multiple pilots on the same ship in space.

Why is everybody pretending that the pilots are all on the same ship ?

You can, if you have tractor beams, pull one or more containers behind you for ages.
Anchoring/connection a ship to a carrier with the use of tractor beams and a repulsor field ( to keep it in place ) is what I propose.

Finally: Fighters aren’t drones, within the game’s setting. They’re piloted by people. So, to that degree, carriers are just like modern carriers: they transport and launch smaller, piloted craft that are faster, more highly maneuverable, and can’t travel the same distances unaieded.

Based on the game mechanics, they are drones ( just bigger ) since they are remote controlled.
Based on the lore, yes … they have pilots. But that is lore-only.