To every CEO and Diplo of New-Eden.

I am the CEO of ’ ROGUE - DRONES ’ and for so called ‘role-play’ reasons I will be automatically accepting ALL mutual war decs offered to my corp without exception, indefinitely. (note : structures are not required for mutual war decs)

Why? Because it is fun. 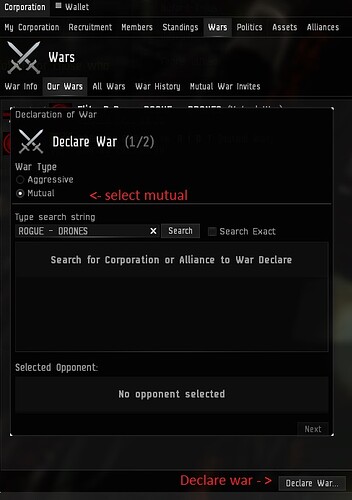 I’m thinking that this should be right up Dracvlad’s alley.

Saying that indicates that thinking is absolutely not what you are doing, but then again why change the habit of your life time?

Why don’t RIOT take him up on his kind offer, after all you are a war deccer are you not? Who knows, maybe this is my alt, or maybe not?

Dracvlad, the difference is that Destiny actually undocks and does stuff, whereas you do not. I think the challenge here is for you to actually do something.

How do you know I don’t undock? Anyway you two are going very off topic in this thread by a war deccer wanting mutual wars, why don’t you take him up on it, after all Safety are elite hisec PvP’rs are they not?

Actions, not words. Try it!

Then do a mutual war yourself with this fine war deccer, put your money where you big mouth is.

why don’t you take him up on it,

do a mutual war yourself

I already have. I’m -10 security status.

Anyone can shoot me, without a war dec. Faction police will always take your side, and CONCORD reacts if I shoot first. I am playing with a handicap.

There are plenty of Safety that are not -10 and will be ab le to participate in such a war without being harried by the fac police. I guess your alliance are not so elite after all, nuff said…

NB -10 is not a mark of being elite, but you declare that you are elite PvP’rs so put your money where your big mouth is, why not what have you to lose?

Well, the same could be said of you.

I guess you are worse than me.

Why don’t RIOT take him up on his kind offer, after all you are a war deccer are you not? Who knows, maybe this is my alt, or maybe not?

Because it won’t be fair to them if I do it, but for you, this is perfect. You can show to all of us your elite PvP admiral skills.

Fair? When does fairness ever come into Eve, you are just using that as an excuse. So this player asks for mutual war decs in hisec, you mention me to try to make a dumb point, but you as a war dec player refuses and Aiko who is a self declared elite PvP player also refuses. Once again it proves that you two are all mouth and no action. Have fun not doing PvP with this fine gentleperson…

Aiko who is a self declared elite PvP player also refuses.

I am -10 security status. Anyone can shoot me, and I must fight with a handicap. Faction police and CONCORD will protect anyone who attacks me.

Aiko as the leader of a large and self-declared elite alliance which is not all -10 refuses this challenge, by this fine gentleperson.

As for whether I believe all this AG prattle and whether I would would come AG you, LMAO… In the stupidly titled nerf ganking thread I have clearly pointed out that I am not currently AG’ing because it has been nerfed by CCP. That being said I do in fact have some kills on Aiko with several of my characters, but when does that ever matter?

And one other thing, am I bothered if a couple of blowhards declare me a coward and thinking that I am squirming over space pixels, just because this is so ironic I will copy it here as a lasting memory of such ironic fail. 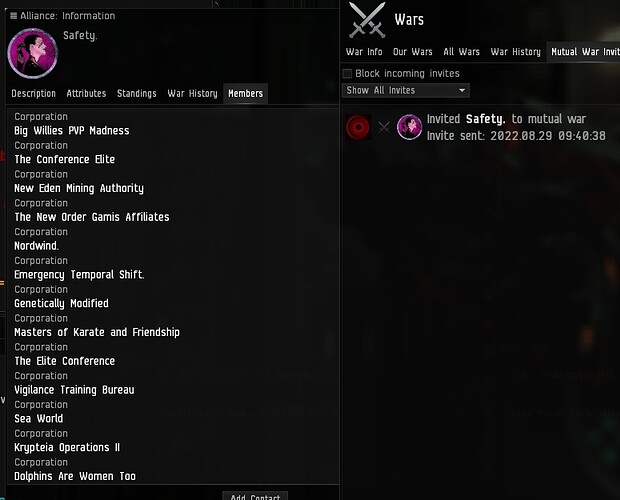 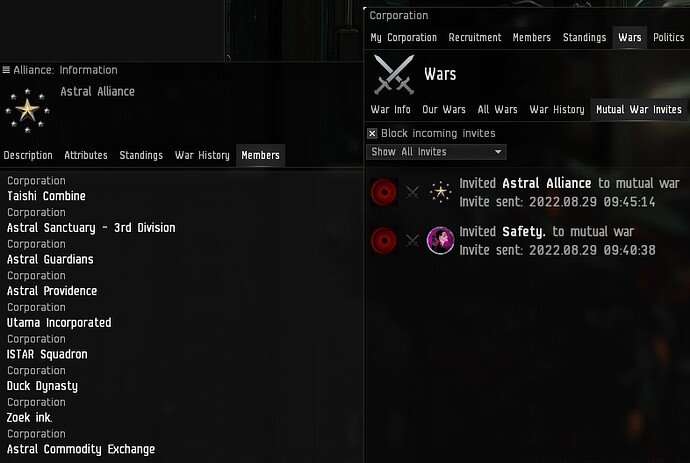 I identify as a ROGUE DRONE, and my pro-nouns are ’ Primary ’ and ’ Secondary '. 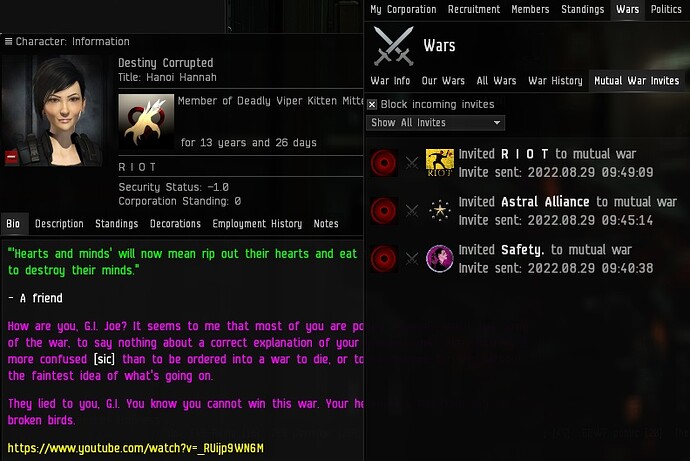