our corp (along with many others) has been suffering from war dec exploit. ICANP is NOT war eligible and structures are disabled, yet WeR4 continues to sneak members in and place structures using an exploit. they then war dec us and we have to deal with it.

we have tried to contact CCP and get them to do something about, but they say they are looking into it and cant give us information. meanwhile WeR4 continues to exploit the bug and kill our people.

in the screenshots you can see the timing of the war they just forced on us ENDING. started 2-17-20, ended today (at time of writing this about 3 hours ago. you can see in the mail our corp no longer being war eligible, and then you can see from timestamps that we are now INSTANTLY at war (no 24 hour period) by the 2 exploiting alliances WeR4 and War Dawn.

why is ccp not banning them? why is this not being at least acknowledged as an issue, why can they instantly put us at war?
there are also screens showing that we DO NOT ALLOW STRUCTURES yet these clowns keep getting in and placing something. (we have told CCP what it is, but have not gotten anything resembling a response so here it is on the forums.

we have all tried multiple times to report this to ccp and they refuse to even comment on the issue. this ■■■■ has to stop. 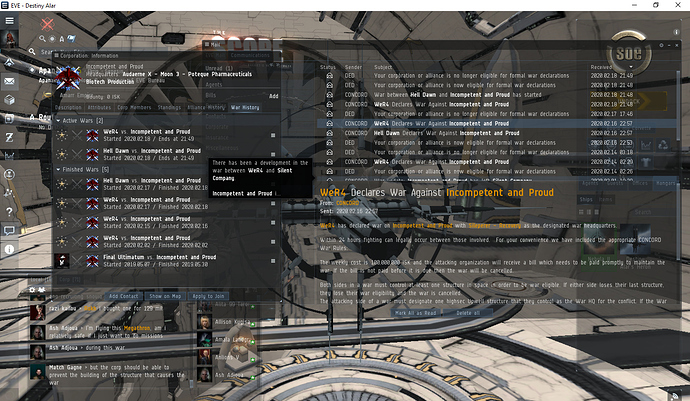 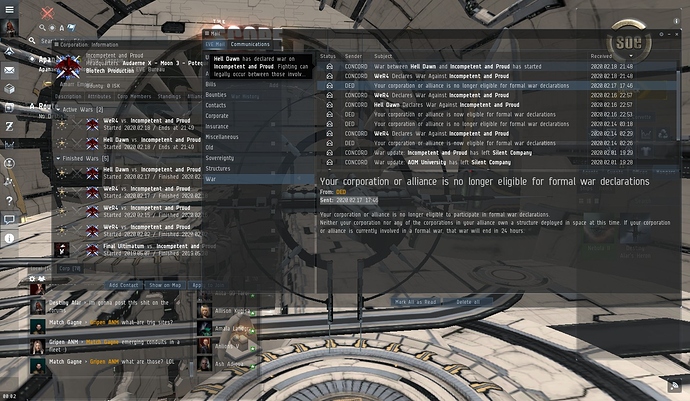 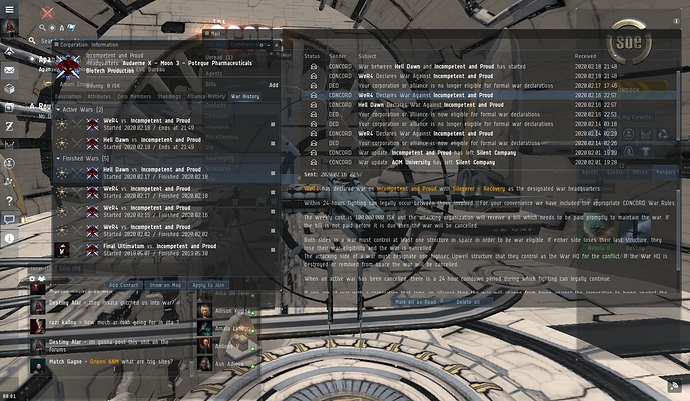 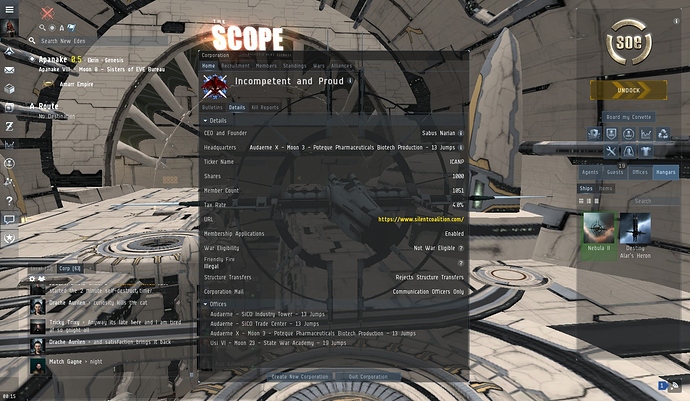 Just curious, what structures are they putting down?

POCO gantries. You don’t need roles to anchor them and they count as a structure for the purposes of wardecs.

WeR4 continues to sneak members in and place structures using an exploit.

Wow, I’m shocked anyone was able to slip a spy through your iron-clad recruiting procedures.

Oh, come off it. Any corp that takes in new players is incredibly easy to infiltrate since you just need a fresh alpha alt.

So I don’t think that CCP will or should ban people… for now. That said, this seems like a pretty clear exploit of the wardec system to me and I hope CCP puts out an exploit notification and subsequent fix soon. Once that notification out, swing the banhammer at anyone who pulls this crap

we accept that there will be spies. thats part of open recruiting

what is NOT ok is that ANYONE can FORCE us to be war eligible, without roles or ranks. its making us have to slow down recruiting or stop it altogether until this gets sorted out. because they continue to bring people in and place POCOs we CANT stop the wars from happening.

spying is one thing, part of online gaming. forcing a corp to become war eligible is a game ruining exploit.

except that WeR4 KNOW its an exploit and are KNOWINGLY abusing it to war dec everyone. it is an INTENTIONAL exploitation of a bugged mechanic. THAT is why they should be banned.

making us have to slow down recruiting

Oh, no, you can’t take advantage of new players while doing nothing useful for them as quickly!

Heaven forfend someone apply a little chemo to the stage 4 POS that is ICANP.

To my knowledge, CCP takes the stance that it’s emergent gameplay until they put out an exploit notification. There’s no software malfunction here, everything is working as intended, just in a shitty way.

you can hate us all you want. simple fact is your hatred for us does NOT excuse exploiting broken mechanics to force us into war.

Excuse it, perhaps not.

i can accept that. rofl

what isnt as funny is the fact that we are not the only corp that they are doing this too. take a look at their war history
15 active wars, 13 of which they started,
2 pending,
266 finished in 2020

Good! That’s what your stupid “incompetent and proud” corp deserves for spamming your recruiting crap everywhere.

Why don’t YOU guys do something about it rather than cry to CCP to do it for you?

we have been fighting. but its endless.
and wether we do or dont do something is irrelevant, as is our spam mail

THEY SHOULD NOT BE ABLE TO WAR DEC CORPS THAT ARE NOT WAR ELIGIBLE OR PLACE STRUCTURES IN CORPS THAT DO NOT ALLOW THEM.

wether we do or dont do something is irrelevant,

You can start by having actual recruiting standards. But that would mean rejecting unsuspecting newbros and your corporation’s existence depends on leeching off New player taxes.

So you won’t. Now you have to live with the problem that you created for yourself.

at least 60% of these wars are corps that are not war eligible that they exploited to force into war. seriously i think 60% is low.