All gates are flickering, not just connections to Final Loons 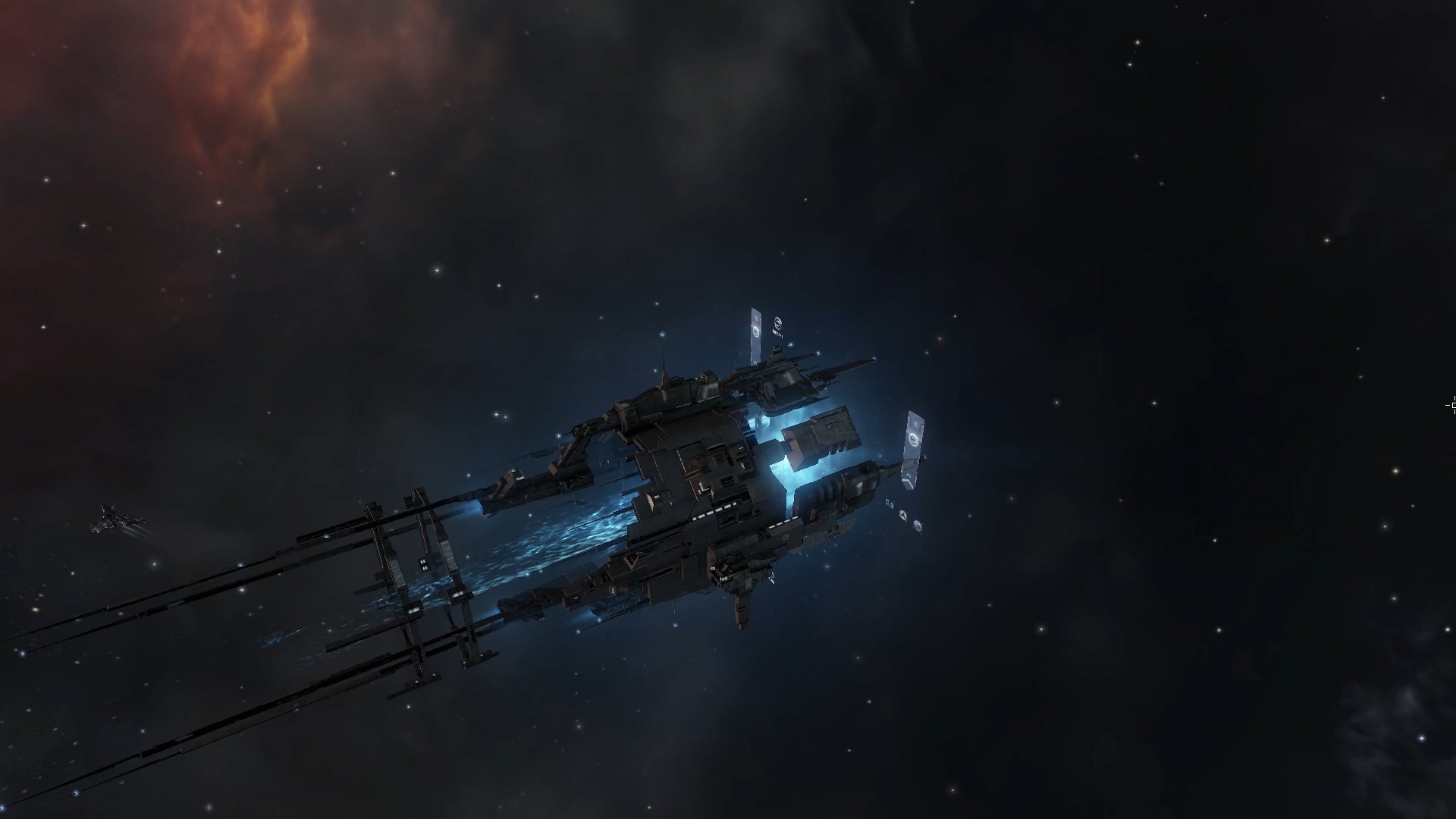 After I saw this I got intrigued and flew around a bit. Even more than 3 systems away from a Final Loon, gates are flickering. Even gate in Fortress systems flicker. If this turns out as expected, you might get trapped in completely unrelated systems or systems that were considered secured and freed from Trig Shits.

CCP will shut down all the gates so they can shut down the game at last and do something they always wanted. Nothing.

Note to self: Get everything home before Tuesday… just in case.

Small addition for added fun times: Gates in Null Security space are flickering, too. We are in for a fun ride.

The Trig solar harvesting technology is the only thing that can turn them back on.

What billboards on gates weren’t enough for them?

When you say that the gates are flickering, is there any particular way to tell how the gate flickering might look like?

I had been staring at this stargate with my settings on max yet don’t see any flickering.

No gates means no more gate camping.
Meaning system to system warp.
Meaning finally this cancer of fatal funnels and “shopping malls surrounded by zombies” comes to an end.
Pro tip: it’s worse to be the zombie.
The zombies will gripe, but they always gripe when they have a second monitor.

We won’t need gates. The Trigs will use abyssal filaments to you wherever they want.

Maybe they are going to introduce system to system warp where you warp into a random area in system?

The Jita filament will drop in tier 5 abyssal sites.

Look at the video from the reddit post. You notice a periodical dimming and a flickering of the holograms (not the horizontal bight refresh bar but an actual brightness dimming).

Someone was tossing around a theory in our Discord that basically said “Trig solar harvesting had already been confirmed to be causing anomalies; citing the scope reports and independent scientific intelligence which suggest such, and as a result could destabilize the contained wormholes we use when we take gates.” Which then lead him to the conclusion that CONCORD/EDENCOM may elect to shut the gates down in the event it was able to spread further

That would be cool.

You could lock onto a sun or planet but you never be 100% accurate depending how far the distance and maybe skills could raise the accuracy but never to 100%.
And obviously to make cap cynos still relevant it would take alot of time to travel.

Could also introduce a deep space directional scan so people can see you coming and roughly how far away you are and be able to calculate how long till you arrive but couldn’t know where.

Maybe only planets or the sun can be warped too that way you can still be caught but it would take some work on the hunters part.

Okay, so, here’s a thing. (Credit: Umbre Fallenstar) As you can see, not only do the gates themselves seem to be “flickering,” their surroundings are as well-- including distant nebulas in the background. This can’t be just something staying politely inside the gate. There’s some kind of filtering effect coming into being intermittently near the gates. I hope it’s coincidence that it reminds me of Triglavian “weather.”

It’s a roleplay part of the forum, so, please, if you answer, do it in character, without referencing things not yet in game like the video on hololeak

Edit: I’m speaking about the link, not here ^^

It’s a roleplay part of the forum, so, please, if you answer, do it in character, without referencing things not yet in game like the video on hololeak

This is general discussion not any of the RP only forums