Angst for the memories

I’m taking a break from Eve and the forums. Two things led to this decision -a desire to start my own business, and accidentally borking my windows installation while trying to set up dual boot linux. I didn’t play Eve or do any social media for a couple of days, and ended up being a hell of a lot more productive. So, I decided to completely stop with that stuff. Only came back because someone reached out to me about something. But since I’m here, I guess I’ll talk a bit about how Eve has influenced my decision to start my own business.

This actually all started a few years ago when resource scarcity started about the same time as the pandemic. I remember at the time hearing about how the pandemic was leading to a huge transfer of wealth, and wondering if perhaps resource scarcity could provide similar opportunities in Eve Online. So, I made it my mission to benefit as much as possible from the era. I actively explored PvE opportunities until I found something that offered a blend of isk efficiency, risk, and effort that I was happy with, and then used that money for swing trading, patch speculation, and buying undervalued assets from people who were hard up for cash. Moreover, I also tried to figure out ways to improve my isk efficiency from other things. For example, at a time when Concord LP was selling for as low as 500 isk per LP, I figured out how to get an average of 5,000 isk per LP (i.e. buy five run BPC’s from LP stores, build 4 of the runs, sell those items, and then sell the now 1 run BPC on contracts for a little lower than the legit contracts for 5 run BPC’s).

Anyway, one day I was arguing with someone about how scarcity was ruining the game and how it made Eve unrewarding. I told him the same thing I said in my previous paragraph, as well as asserted that if your goal was to make money during scarcity and you didn’t, then you have no one to blame but yourself. It was because instead of chasing new strats and opportunities, and using your brain, you angrily persisted in using deprecated strats. But, as I wrote it, I couldn’t help but feel that if I was really smart, I wouldn’t be pouring all this time and effort into making imaginary space cash, and instead be trying to make money in real life… and that’s what got me starting to toy with the idea of starting my own business.

But Eve has done more than just inspire me- it has also helped to prepare me for this step.

Anyway, this is kind of a scary time for me. I know that a lot new businesses fail, but I have to try. I have to do this.

P.S. I don’t think it’s worth it to get wealthy in Eve unless it’s something that you enjoy in and of itself. You don’t need money or skill points to get kills or have fun. And, as far as Eve is concerned, I mostly consider it a waste of time. In fact, (as far as Eve is concerned) I feel like the biggest benefit I got from what I did is being able to throw it in the faces of bittervets when they complain about scarcity/CCP ruining Eve.

No you can’t have my stuff, as I plan on coming back one day…

Language warning for the clip! 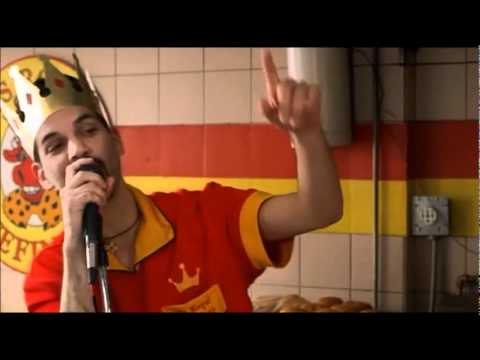 Wish you the best with your business. My girlfriend and I recently started one a couple months ago.

Best of luck starting up your own business! See you when you return!

P.S. I don’t think it’s worth it to get wealthy in Eve unless it’s something that you enjoy in and of itself. You don’t need money or skill points to get kills or have fun. And, as far as Eve is concerned, I mostly consider it a waste of time. In fact, (as far as Eve is concerned) I feel like the biggest benefit I got from what I did is being able to throw it in the faces of bittervets when they complain about scarcity/CCP ruining Eve.

Good luck on your endeavors.

I started my own business a long time ago, built it up from scratch. Let me offer you once piece of advice from my own experience: take your vacation now. Before you actually start. Before you open your doors.

This will be, in all likelihood, the hardest, most stressful, and most satisfying work you’ll ever engage.

One of the best posts I’ve read in a while.

Good luck in your new endeavor.

I think you will do well.

I’m taking a break from Eve and the forums.

Sad to see you go but I hope the business does well!

Pretty sure it will. You’re a driven and smart guy!

Yeah bad to see you go but at the same time good to see you are into something beneficial for you instead of just choosing a different time waster instead of the current one.

Best of luck with the business!

Oh and be sure to maintain a healthy mental state and lifestyle in general while you go on this journey as it can surely have its toll both on the body and mind.

No you can’t have my stuff, as I plan on coming back one day…

We can always safeguard and take care of your wealth for you and increase it through investing it in lucrative business endeavors. Also you can completely trust us as well.

You have taught me a lot, Shipwreck - and without even trying to do so!

I shall miss (temporarily, I hope) your sound contributions to the endless ‘ganking’ bicker-fest, which you cleverly manoeuvred into a catch-all thread of lively debate and psycho-drama.

I think you’ve garnered the respect of folks on both sides of the ‘nerf ganking’ argument; quite an achievement.

I wish you all the best in starting your business. I’ve a feeling that, whether it succeeds or not, you will be the ultimate winner!

EvE never taught me how to work the system, but it did teach me how to weasel out of trouble and that there is no such thing as a totally unwinnable scenario.

Good Luck and all the success with your new business !!