Possible Triglavian activity in Chibi was reported in the news today, prompting pilot Psycho42b to investigate. Arriving in the system, he was able to confirm a larger-then-normal Raznaborg sortie, along with the presence of two Khanid Naval Officers: 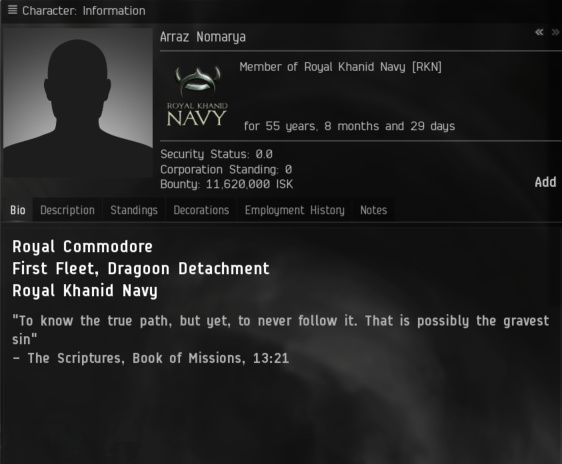 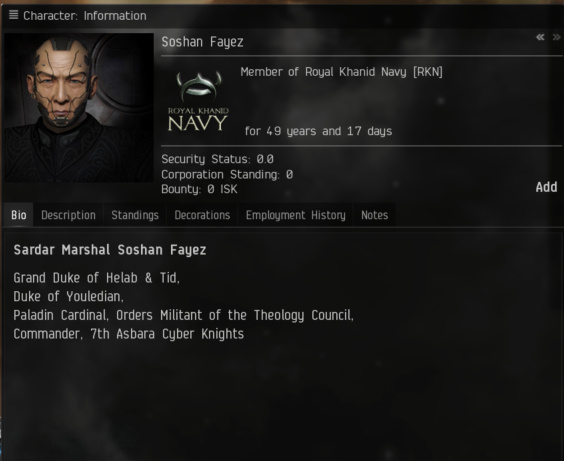 Neither Officer communicated or commented on the events in system, or acknowledged Psych’s presence (though he made no attempts to hail them).

Increases and changes in Triglavian activity in recent days is suspected to be leading up to larger developments in their Invasions; intelligence on their doings has been blatantly concealed by higher powers of the factions of the “Ancient Domains”, as the Triglav refer to K-space, and one must wonder who knows what - and what they might understand to be on the horizon.

As of 2048 01.04.YC122, Raznaborg Triglavian vessels remain present in Chibi at or near capsuleer structures. Autothysian Lancers are also present in typical numbers and configuration. RKN senior officials appear to have departed for the time being.

Bounty of 200 million ISK for either of their heads still open. Though I do not how to pay it to the Triglavians if they claim them.

Though I do not how to pay it to the Triglavians if they claim them.

Stuff an IOU in the pocket of a Gallente colonist. Triglavians will be by to pick them up later.

Still haven’t decided on the name though

Edit: Hey, only one Jita scammer at a time here!

I’m actually an accountant for the Triglavians. Just drop the ISK in my account and I’ll get it to them.

I’ll add a billion more for proof of permanent death.

Yeah? How much are you paying for their deaths, then?